Misconceptions about an insurer’s duty to defend 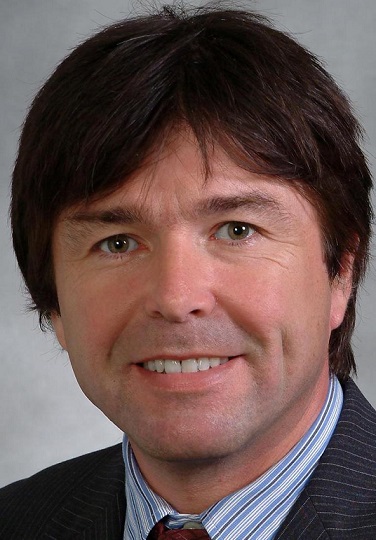 Over the past half-decade, the California Supreme Court has repeatedly affirmed the "potential for coverage" standard, making clear that a liability insurer will only be relieved of a duty to defend if the third-party complaint filed against its insured can "by no conceivable theory" raise a "single issue" which would bring it within the policy coverage. Montrose Chem. Corp. v. Superior Court, 6 Cal. 4th 287, 300 (1993).

In spite of the Supreme Court's continuing reaffirmation of this broad "potential for coverage" standard, policyholders continue to hold many misconceptions about when a duty to defend is owed. These misconceptions frequently come at a very high cost, since they may lead to policyholders incurring significant defense expenses that should properly be paid by their insurers.

Three of the most common misconceptions concern (1) what needs to be pled in order to trigger a duty to defend, (2) what proof an insurer must have before it can properly invoke a policy exclusion to deny a duty to defend, and (3) what impact a Self-Insured Retention has on the duty to defend.

1. Pleading Requirements for Triggering the Duty to Defend

Liability insurers will often assert they owe no duty to defend a third-party complaint on the ground that no "cause of action" covered by their policy is alleged, or the complaint fails to allege "all elements" of a covered claim, or because the "gravamen" of the third-party complaint involves only uncovered injuries and claims. All too frequently, policyholders simply accept these assertions at face value.

However, California law is clear that the duty to defend turns on the facts pled, or otherwise known to the insurer, and not on which formal causes of action the plaintiff's attorney has chosen to plead in the complaint. See Scottsdale Ins. Co. v. MV Transp., 36 Cal. 4th 643, 654 (2005) ("[T]hat the precise causes of action pled by the third party complaint may fall outside policy coverage does not excuse the duty to defend where, under the facts alleged, reasonably inferable, or otherwise known, the complaint could fairly be amended to state a covered liability.").

Moreover, California law does not require that all elements of a covered claim be alleged in a third-party complaint. Provided there are sufficient allegations to trigger at least a "potential" for covered liability, an insurer's duty to defend is triggered. See Barnett v. Fireman's Fund Ins. Co., 90 Cal. App. 4th 500, 510 (2001) (rejecting the insurer's argument that a plaintiff must allege "all of the elements" of a covered cause of action in order to trigger the duty to defend).

And as for the "gravamen" argument, California courts have soundly and consistently rejected it. See Horace Mann Ins. Co. v. Barbara B., 4 Cal. 4th 1076, 1084 (1993) (rejecting insurer's argument that certain alleged misconduct "could not possibly give rise to liability" because other non-covered misconduct was the "dominant factor" in the case); see also Pension Trust Fund for Operating Engineers v. Federal Ins. Co., 307 F.3d 944, 951 (9th Cir. 2002) ("California courts have repeatedly found that remote facts buried within causes of action that may potentially give rise to coverage are sufficient to invoke the defense duty.").

Insurers often rely upon unproven and disputed allegations made in an underlying complaint to invoke a policy exclusion and deny a duty to defend. This approach -- i.e., denying a defense based upon allegations as yet unproven by the plaintiff and disputed by the insured -- is entirely at odds with the "potential for coverage" standard.

California law imposes a very high burden on insurers that seek to evade a defense obligation based upon a policy exclusion. This heavy burden was described by Justice H. Walter Croskey in Atlantic Mutual Ins. Co. v. J. Lamb, Inc., 100 Cal. App. 4th 1017, 1039 (2002), as follows: "[A]n insurer that wishes to rely on an exclusion has the burden of proving, through conclusive evidence, that the exclusion applies in all possible worlds."

It follows, therefore, that at the duty-to-defend stage an insurer may not rely upon disputed and unproven allegations to establish an exclusion's application. If there exists any "potential" that the exclusion ultimately may not apply to a judgment in the underlying action, a duty to defend is owed. See Gray v. Zurich Ins. Co., 65 Cal. 2d 263, 277 (1966) (intentional act exclusion did not eliminate duty to defend against allegations of assault because the insured might prove at trial he engaged only in non-intentional tortious conduct).

KM Strategic Management, LLC v. American Cas. Co. of Reading, PA, 156 F. Supp. 3d 1154 (C.D. Cal. 2015), provides a recent example of an insurer's efforts to invoke a policy exclusion without having conclusive proof of its application. The insurer argued that certain otherwise covered allegations made against the policyholder were excluded by a "Breach of Contract" exclusion because the third-party complaint also alleged the policyholder had breached a contract with the underlying claimant. The district court rejected this argument, however, and explained that the insurer could not rely on unproven allegations of breach of contract to eliminate its duty to defend.

3. Defense May Be Owed Before a Self-Insured Retention Is Satisfied

It is a common misconception that insurers can never owe a duty to defend until a policy's SIR has been satisfied. This misconception can be highly costly, since it often leads to a policyholder funding its own defense within an SIR when that expense should properly be incurred by its insurer.

In fact, whether an insurer owes a duty to defend before an SIR is satisfied depends upon the language of the policy. Simply stated, an SIR only relieves an insurer of a first-dollar duty to defend "if the policy expressly so provides." Legacy Vulcan Corp. v. Superior Court, 185 Cal. App. 4th 677, 682 (2010). As such, it is imperative that a policy be scrutinized carefully to determine whether it expressly states that the SIR applies to the duty to defend. If it does not, then the SIR should only apply to the duty to indemnify.

In sum, misconceptions concerning an insurer's duty to defend cost California policyholders money, often a great deal of money. The law is very solicitous of insured's expectations, and the rule of thumb for any policyholder in receipt of a denial of the duty to defend is to question it, and where appropriate, challenge it.