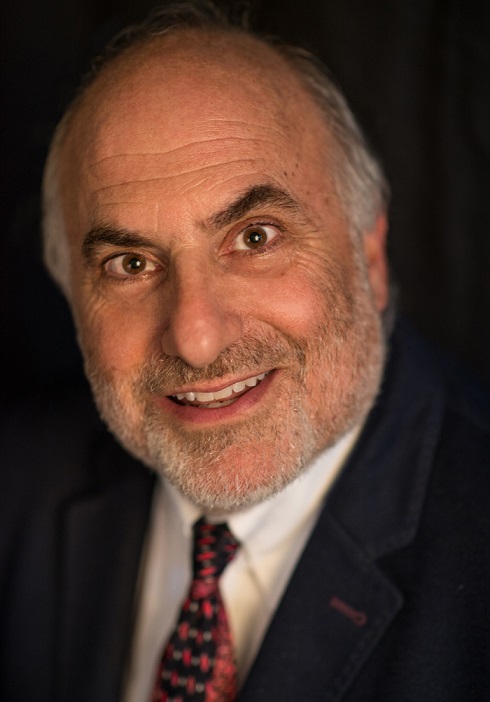 Change is the law of life. And those who look only to the past or present are certain to miss the future.

Most of the change we think we see in life is due to truths being in and out of favor.

The changed circumstances test is the benchmark for modification motions in family law cases. It may be applied to requests for child custody changes or as justification for adjustment of child support or spousal support orders. The test precludes relitigation of circumstances that have not materially changed.

Yet, what is a material change? A child enters a new school with peer group and different daily routine. A major change in the stock market wreaks havoc on a spouse's portfolio, reducing his income by 20 percent. Several years go by since a spousal support award, and the law says the marital standard of living becomes less important with the passage of time. Change is ubiquitous, so how does counsel determine whether a change justifies modification?

But merely showing a change is not enough. Rather, a changed circumstances is a necessary, but not sufficient, condition to achieve a modification.

The Effect of Stipulated Agreements

In In re Marriage of Hibbard, the court denied modification despite a bona fide changed circumstance. The original settlement agreement made spousal support modifiable, but only for specific reasons and only to a $2,000 floor. Although husband had become disabled, Hibbard held that the trial court "has limited power under these circumstances," and its "discretion to modify the spousal support order is constrained by the terms of the marital settlement agreement."

Settlement terms came into play in In re Marriage of Minkin, as well. The settlement agreement called for payments to wife in spousal support for a period of about 10 years. Prior to expiration of support, husband filed a modification motion reducing support due to wife's cohabitation with a domestic partner. After the term of support had expired, wife brought a motion to extend support on the ground that the cohabitation had ended. Minkin ruled that wife "fails to explain how her current living arrangements would allow the court to change the terms of the settlement agreement, which expressly terminated [husband's] spousal support obligation after 10 years." The court was "bound to give effect to the intent and reasonable expectations of the parties as expressed in the [settlement] agreement."

While the court had relied on wife's cohabitation to reduce support, "her cohabitation had no effect on the parties' agreement nearly 10 years earlier to terminate support" after 10 years. The court noted "unrealized expectations" (e.g., failure to achieve self-support) can constitute a changed circumstance justifying modification of support, but that was inapplicable here because wife did not allege that as grounds for modification.

The statutory presumption that cohabitation reduces support needs was at issue in In re Marriage of Tong and Samson. Husband sought reduction or termination of spousal support award based on the rebuttable presumption of Family Code Section 4323(a)(1) that cohabitation reduces the need for support. The trial court denied the request, finding that wife's need for support had not "substantially diminished" since the evidence showed that her cohabitant's sole contribution to the household was $800 per month for food. The appellate court agreed, that was not so substantial as to justify modification.

Multiple cases have addressed the operation of the statutory presumption against support awards to spouses who perpetrated domestic violence, Family Code Section 4325. In In re Marriage of Freitas, the husband had incurred a domestic violence conviction years before receiving a temporary spousal support award, but the court was apparently unaware of that conviction in its initial ruling. The court later asked the parties to brief the effect the presumption, and ultimately terminated support. The Freitas court held that because of the strong public policy against domestic violence, the changed circumstances requirement was inapplicable here.

Section 4325 was again at issue in In re Marriage of Kelkar. The wife had pled no contest to a domestic violence offense prior to enactment of the statute, and husband had subsequently entered into a stipulation to support while unaware of the statute. The court affirmed an order terminating support, holding that "section 4325 must be given retroactive application, the stipulated judgment was modifiable, and the doctrines of res judicata, waiver, and equitable estoppel did not bar application of" the statute.

In In re Marriage of Kacik, a spousal support order was scheduled to step down to zero in February 2008. The trial court modified the order to keep the spousal support at the level it had been prior to February 2008, based on the "change of circumstances" that a child support order had terminated 17 months earlier. The trial court relied on Family Code Section 4326, which provides that termination of child support due to a child reaching majority age constitutes a change of circumstance that "may be the basis for a request for modification of spousal support." The Kacik court ruled that such a modification motion can be brought after the child reaches majority age, but that the Legislature intended the motion to be brought reasonably contemporaneously with emancipation.

The concept of "failed" or "unrealized" expectations arises when a supported spouse fails to achieve financial goals upon which prior orders were based. When such goals are not achieved, a supported spouse may seek an extension or increase of support. Often, these cases revolve around concepts of due diligence by the supported party.

In In re Marriage of Khera and Sameer, the wife filed a modification motion seeking to avoid a stepdown order terminating support. The prior support order contemplated that wife would have completed her master's degree before the termination date. Wife argued that there were "unrealized expectations" with regard to her ability to support herself. She contended that the parties' expectations were that she would be employed at a salary of at least $42,000, that this eventuality was not realized, and that her monthly income was only around $700. The trial court order denying support modification was affirmed because wife "did not make any showing that the state's general economic situation impeded her ability to obtain full-time employment in her chosen field at a salary sufficient to be self-supporting."

In In re Marriage of West, the trial court reduced spousal support due to the fact that wife had a "favorable earnings outlook." She had changed her career path, which constituted a sufficient changed circumstance. However, the appellate court reversed, because the judge's reasoning was based on several other invalid factors.

First, the court expressed puzzlement that wife had apparently dissipated $500,000 in post-dissolution installment payment that she received from the community estate. This rationale was invalid, because wife never received a Gavron warning to the effect that she was expected to prudently invest and manage those funds. Second, the amount of support reductions that the court ordered exceeded wife's income during the relevant periods, which could not be justified by her increased earnings. Finally, the trial court cited the duration of the marriage as grounds for reducing support. However, the parties had been married for 20 years and support had only been paid for eight years. Citing the Family Code Section 4320(l) presumption that a reasonable period for support in a marriage of less than 10 years is half the length of the marriage, it was an abuse of discretion to give any weight to the length of the marriage as a justification for reducing support received for less than half the length of a long marriage.

Two cases over the past decade examine whether reaching a time when retirement funds can be drawn without penalty will justify modification. In In re Marriage of Dietz, a stipulated judgment was entered into providing for spousal support and division of community retirement accounts. Eight years later, husband sought modification because wife had reached an age where she could draw the funds and the account value had appreciated considerably. Dietz reversed the trial court's ruling that this constituted a material change of circumstances. The stipulated judgment expressly awarded the parties equal shares of the retirement accounts and any increase in their values. Due to medical reasons, wife had remained unemployed since the stipulated judgment, while husband's income had increased.

Dietz concluded that wife's "rights to access the retirement accounts on a penalty-free basis and to any increase in their values were insufficient ... to constitute a material change of circumstances ... under Family Code section 4320." The accessibility and appreciation of the accounts were part of the parties' expressed reasonable expectations. The Dietz court distinguished In re Marriage of Schmir, in which a support reduction was justified in part on the wife reaching eligibility to draw retirement funds without penalty. Dietz acknowledged that there may sometimes be situations where a supporting spouse reaching retirement age might justify support modification, as where there is a loss of income resulting from the supporting spouse's retirement, but disagreed that reaching an age where retirement accounts divided in a divorce can be accessed constitutes a material change.

In contrast to Dietz, In re Marriage of Shimkus held that the wife's attaining an age where she could draw retirement funds received in the divorce was a material change of circumstances. The appellate and trial courts in Shimkus relied on language in In re Marriage of Sinks. Shimkus further purported to distinguish Dietz, because "[a]lthough the judgment included a division of the husband's pension, it did not consider any future payments in calculating the amount of spousal support," and noted that Dietz acknowledged that there might be cases where the ability to withdraw funds justifies modification. A California Supreme Court ruling may be necessary to bring clarity to this issue.

Several themes come through from review of the past decade's decisions on this issue. Courts will look at the language of any underlying judgment or settlement agreement to see whether a purported new circumstance was in fact contemplated in a prior order. Prospective or retroactive statutes may themselves trigger a change of circumstances, or even justify dispensing with the changed circumstance requirement altogether because of an important public policy. Finally, unrealized expectations will likely continue to have great significance as a factor justifying increase or decrease of spousal support. Lessons from these cases may be cause for creative litigation strategy or prudent planning in the drafting of settlement agreements.

But we agreed! Domestic violence and custody disputes