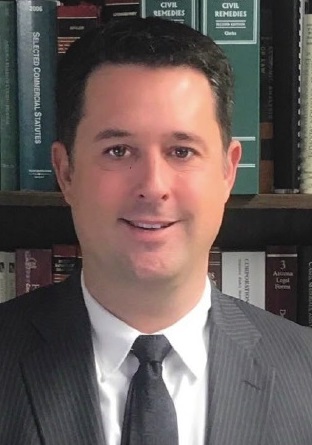 Stuart practices in the areas of bankruptcy law, civil litigation, tax lien foreclosure and creditors' rights. This article should not be considered or construed as legal advice on any fact or circumstance. You should consult your own attorney regarding your own personal situation or any legal question you may have.

Paul practices in the areas of bankruptcy law and creditors' rights.

This article seeks to address the general mechanics of the debtor's ability to "cram-down" undersecured liens in a Chapter 11 reorganization, and a creditor's ability to mitigate the effects of such a "cram-down" by electing to have its claim treated under 11 U.S.C. Section 1111(b)(2). Although Chapter 11 of the Bankruptcy Code is oftentimes viewed as the "business reorganization" chapter, this characterization is not accurate as both businesses and individuals reorganize under Chapter 11 and creditors need to maintain vigilance in both business and individual cases.

Placing each creditor secured by a lien in real property into its own separate class is advantageous to the debtor for two main reasons. First, the debtor has the ability to propose non-identical treatment of each class pursuant to 11 U.S.C. Section 1123(b)(5), which allows the debtor to propose a plan that "modif(ies) the rights of holders of secured claims, other than a claim secured only by a security interest in real property that is the debtor's principal residence, or of holders of unsecured claims, or leave unaffected the rights of holders of any class of claims." Second, each class that is modified under 11 U.S.C. Section 1123(b)(5) is considered an impaired claim under 11 U.S.C. Section 1124. Although beyond the scope of this article, if the plan contains one or more impaired classes, a debtor can only confirm a plan if at least one of the impaired classes votes to accept the plan. By placing creditors into separate classes the debtor increases the likelihood of procuring at least one (or more) votes to accept the plan in an effort to confirm the plan despite opposition from other classes of creditors.

Although simplified for purposes of this article, the confirmation process provides the context necessary to understand the implications of a creditor electing to have its claim treated under 11 U.S.C. Section 1111(b)(2). It is important to note at the outset that the election under 11 U.S.C. Section 1111(b)(2) is not available to all creditors; "wholly unsecured" creditors and creditors with claims of inconsequential value are prohibited from making the election. See In re O'Leary, 183 B.R. 338, 27 Bankr. Ct. Dec. (CRR) 478 (Bankr. D. Mass. 1995). For those creditors eligible to make the election, the effect of 11 U.S.C. Section 1111(b)(2) is to allow an undersecured creditor to have its entire claim, including the secured and unsecured portion, treated as fully secured. For example, assume that a debtor in Chapter 11 has an investment property with one outstanding loan that has an unpaid principal balance in the amount of $500,000 and a fair market value of $300,000. Pursuant to 11 U.S.C. Sections 1123(b)(5) and 1129(a)(7), if the creditor does not elect treatment of its claim under 11 U.S.C. Section 1111(b)(2), the debtor has the ability to propose a plan of reorganization which "crams down" the principal balance to the fair market value of $300,000, to be repaid pursuant to what can best be described as "commercially reasonable" terms, with the remaining $200,000 balance being classified as unsecured and being repaid along with other unsecured claims.

The decision regarding the election under 11 U.S.C. Section 1111(b)(2) is more involved than simply comparing the outstanding principal balance to the value of the property and involves an good understanding of the current lending environment as well as bankruptcy law. For those creditors with the option to make the election under 11 U.S.C. Section 1111(b)(2), one of the first steps is to look to the plan proposed by the debtor, and to determine whether the election under 11 U.S.C. Section 1111(b)(2) will be beneficial to the creditor. This determination will require an analysis of several factors including, but not limited to, present value, interest rates, length of repayment, the nature of the subject property, and the economic environment. As well, a creditor must understand that while courts look to the lending community for guidance regarding fair treatment of a claim, the final determination as to the repayment terms contained within a plan are likely going to be guided more by legal precedent than by commercially reasonable terms a similarly situated party would receive outside of the bankruptcy context. For example, in determining the appropriate rate of interest to be paid on a claim, courts apply the "prime-plus" approach first established in the Supreme Court's decision Till v. SCS Credit Corp., 541 U.S. 465, 479 (2004). Under the "prime-plus" approach, the interest rate to be applied to secured claims is the prime rate of interest, plus an adjustment for risk. Although simple in theory, determining a fair interest rate under the "prime-plus" formula has generated a significant amount of litigation. Additionally, the length and dynamics of the plan payment terms, as discussed below, are not well defined within the law, which means that counsel will likely need to be consulted in order to fully understand the impact of making an election under 11 U.S.C. Section 1111(b)(2).

This article should not be considered or construed as legal advice on any fact or circumstance. You should consult your own attorney regarding your own personal situation or any legal question you may have.

By Stuart B. Rodgers