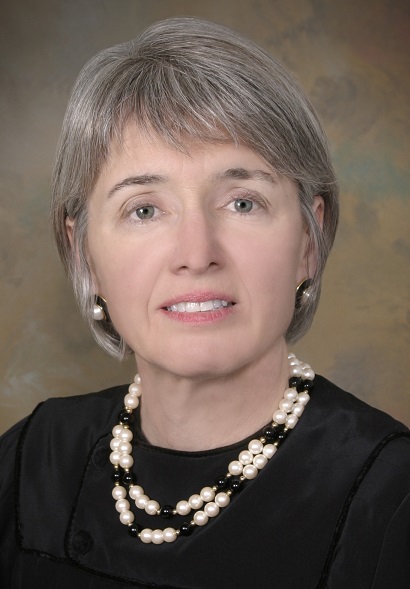 Communications between an attorney, or an attorney's agent, and his or her client or client's agent are privileged, and thus not discoverable, unless the lawyer's services are sought "to enable or aid" in the commission of a crime or a fraud. Evid. Code Sections 952, 954, 956.

"The privilege is absolute and prevents disclosure of the communication regardless of its relevance, necessity or other circumstances peculiar to the case." Kerner v. Superior Court, 206 Cal. App. 4th 84 (2012). As further explained by Kerner, "The fundamental purpose of the attorney-client privilege is to protect the confidential relationship between client and attorney so as to promote open discussion regarding legal matters."

As the California Supreme Court put it, "[a]lthough exercise of the privilege may occasionally result in the suppression of relevant evidence, the Legislature of this state has determined that these concerns are outweighed by the importance of preserving confidentiality in the attorney-client relationship .... The privilege is given on grounds of public policy in the belief that the benefits derived therefrom justify the risk that unjust decisions may sometimes result from the suppression of relevant evidence." Costco Wholesale Corp. v. Superior Court, 47 Cal. 4th 725 (2009).

To further the purposes of the attorney-client privilege, a "confidential communication between client and lawyer" is defined broadly to include "information transmitted between a client and his or her lawyer in the course of that relationship and in confidence." Evid. Code Section 952.

Elements of the Privilege

Client. A "client" is defined as "a person who, directly or through an authorized representative, consults a lawyer for the purpose of retaining the lawyer or securing legal service or advice from him in his professional capacity." Evid. Code Section 951. The attorney-client privilege extends to corporations. For example, where a corporation's representative obtains a statement from an employee who is or may himself be subjected to liability, that statement is entitled to the attorney-client privilege. D.I. Chadbourne, Inc. v. Superior Court, 60 Cal. 2d 723 (1964).

Communication. A privileged communication may be oral or written, and may even be wordless, as when a client simply nods "yes" or "no" in response to a lawyer's question. See Mitchell v. Superior Court, 37 Cal. 3d 591 (1984). A privileged communication may also be in the form of a photograph taken by an attorney's investigator that conveys confidential information from client to attorney. People v. Gillard, 57 Cal. App. 4th 136 (1997).

Made in the Course of an Attorney-Client Relationship. The privilege applies as long as the person consulted a lawyer "for the purpose of retaining the lawyer or securing legal service or advice from him in his professional capacity." Evid. Code Section 951. The privilege applies even if there is no formal retainer agreement or contract between the lawyer and client. Gulf Ins. Co. v. Berger, Kahn, Shafton, Moss, Figler, Simon & Gladstone, 79 Cal. App. 4th 114 (2000). The privilege applies whether or not litigation is actually threatened or pending. Roberts v. City of Palmdale, 5 Cal. 4th 363 (1993). Even if the lawyer is not retained, renders no service, or even refuses employment, the privilege may apply. Estate of Dupont, 60 Cal. App. 2d 276 (1943).

What Is Not Protected by the Privilege

The privilege protects only the contents of the communication; it does not immunize the underlying facts from disclosure. Aerojet-General Corp. v. Transport Indemnity Insurance, 18 Cal. App. 4th 996 (1993). Nor does the attorney-client privilege protect independent facts related to a communication. Hence, that a communication took place, and the time, date and participants in the communication are all discoverable. Coy v. Superior Court, 58 Cal. 2d 210 (1962). A client may be required to provide discovery about the facts at issue, even though the attorney-client privilege would protect the client's discussions with his or her lawyer about such facts. See San Francisco Unified School Dist. v. Superior Court, 55 Cal. 2d 451 (1961); State Farm Fire & Cas. Co. v. Superior Court, 54 Cal. App. 4th 625 (1997).

A client cannot shield a document or object under the privilege merely by providing the document or object to his or her attorney. See Wellpoint Health Networks, Inc. v. Superior Court, 59 Cal. App. 4th 110 (1997) ("documents prepared independently by a party, including witness statements, do not become privileged communications or work product merely because they are turned over to counsel"). However, if an attorney learns about evidence through a confidential conversation and then goes out and observes that evidence, the observation is privileged, as long as he or she does not remove or tamper with the evidence. People v. Meredith, 29 Cal. 3d 682 (1981). The existence of a document containing privileged information is not in itself privileged. Hernandez v. Superior Court, 112 Cal. App. 4th 285 (2003).

The identity of clients may be subject to discovery, with some limitations. For example, such information may be privileged when the person invoking the privilege can show a strong probability that disclosure of the information would implicate the client in the very criminal activity for which the legal service was sought. See Hays v. Wood, 25 Cal. 3d 772 (1979); DeBlase v. Superior Court, 41 Cal. App. 4th 1279 (1996).

Determining a Claim of Attorney-Client Privilege

"The party claiming the privilege has the burden of establishing the preliminary facts necessary to support its exercise, i.e., a communication made in the course of an attorney-client relationship .... Once that party establishes facts necessary to support a prima facie claim of privilege, the communication is presumed to have been made in confidence and the opponent of the claim of privilege has the burden of proof to establish the communication was not confidential or that the privilege does not for other reasons apply." Costco; see Evid. Code Section 917(a).

The key questions a court must resolve is whether an attorney-client relationship existed at the time the communication at issue was made, the intent of the client, and whether the communication emanated from the client. Cornish v. Superior Court, 209 Cal. App. 3d 467 (1989). "[B]ecause the privilege protects a transmission irrespective of its content, there should be no need to examine the content in order to rule on a claim of privilege." Costco; see DP Pham LLC v. Cheadle, 246 Cal. App. 4th 653 (2016) (holding Evid. Code Section 915 "prohibits a court from reviewing an allegedly privileged attorney-client communication to determine whether it is privileged because the nature of the attorney-client privilege requires absolute protection for all confidential communications between an attorney and a client regardless of their content").

If the communication from a client to an attorney serves a dual purpose, one for transmittal to an attorney in the course of professional employment and one not related to that purpose, the trial court must determine which purpose predominates. This is known as the "dominant purpose test," and is resolved by a trial court based on the specific facts before it. Travelers Ins. Companies v. Superior Court, 143 Cal. App. 3d 436 (1983).