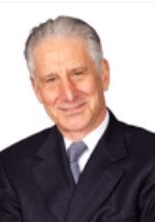 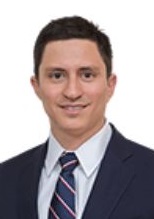 The expiration of a collective bargaining agreement raises a perplexing situation for employers, unions and employees. Most business contracts end after the parties have performed their duties, or on the stated expiration date, thereby freeing the parties from their respective contractual obligations. Collective bargaining agreements, however, are different. They contain provisions that by operation of law survive the contract's expiration. This unique situation often leaves the parties questioning their duties to each other after the contract expires.

Impact of the NLRA

Collective bargaining agreements are different from general business contracts, including employment contracts, because they operate parallel to the National Labor Relations Act. Two key provisions in the act dictate what happens after a collective bargaining agreement expires. The first provision states that it is an unfair labor practice for an employer to "refuse to bargain collectively with the representative of his employees." 29 U.S.C. Section 158(a)(5). The second provision states that an obligation to bargain collectively means that the employer must confer in good faith with respect to wages, hours and other terms and conditions of employment. Id. Section 158(d).

The U.S. Supreme Court has interpreted these provisions to mean that an employer violates the act when it unilaterally changes wages, hours and/or terms and conditions of employment without first obtaining an agreement, or bargaining to impasse, with the union. See NLRB v. Katz, 369 U.S. 736 (1962). Katz has been extended to situations after the contract expires where the parties' have yet to reach a subsequent agreement. See Litton Financial Printing Division v. NLRB, 501 U.S. 190 (1991). The National Labor Relations Board and the Supreme Court have made clear that after a collective bargaining agreement expires, an employer must continue the contractually established terms and conditions of employment that are "mandatory subjects of bargaining," until the parties either negotiate a new agreement or bargain to impasse. Litton Financial, 501 U.S. at 198-99. In short, employers and unions must maintain the status quo. Id. at 206.

But, to complicate matters, the board has also identified several terms and conditions -- arbitration provisions, management rights provisions, no-strike clauses, and union security provisions, for example -- that do not survive and do not continue in force after the contract expires.

As to those terms, the status quo need not be maintained. These provisions are treated differently because "the parties have waived rights that they otherwise would enjoy in the interest of concluding a collective bargaining agreement, and such waivers are presumed not to survive the contract." Lincoln Lutheran of Racine, 362 NLRB No. 188 (2015). We now explore each of these terms and conditions in more detail.

Arbitration provisions do not continue post-expiration. This concept is based on the fundamental labor law truism that arbitration is a creature of contract, and that "a party cannot be required to submit to arbitration any dispute which he has not agreed to submit." Nolde Bros. v. Local 358, Bakery and Confectionery Workers Union, 430 U.S. 243, 255 (1977). The board has repeatedly recognized this principle, holding that the parties cannot be compelled to arbitrate matters that arise after the collective bargaining agreement expires. In Hilton-Davis Chem. Co., 185 NLRB 241, 242 (1970), the board characterized arbitration as a "consensual surrender of economic power." The parties do not have a post-expiration duty to arbitrate because a party is "under no statutory mandate to reach agreement or to forfeit its right to utilize its economic power if no agreement can be achieved." Id. Similarly, in Indiana & Michigan Electric Co., 284 NLRB 53, 58 (1987), the board held that that an agreement to arbitrate is a product of the parties' mutual consent to "relinquish economic weapons" otherwise available under the act to resolve disputes. As such, the duty to arbitrate is different from the terms and conditions of employment (wage, hours, etc.) that must be retained under Katz. Id.

• When it involves facts and occurrences that arose before expiration,

• Where an action taken after expiration infringes a right that accrued or vested under the agreement, or

• Where, under normal principles of contract interpretation, the disputed contractual right survives expiration of the remainder of the agreement.

While employers do not have to arbitrate grievances that do not "arise under" a collective bargaining agreement after expiration, employers must participate in the grievance procedure and process grievances filed by bargaining unit members up to the arbitration stage. Chauffeurs, Teamsters & Helpers, Local Union 238 v. C.R.S. T., Inc., 795 F.2d 1400, 1404 (8th Cir. 1986).

In labor law, it is axiomatic that the quid pro quo for a promise to arbitrate a grievance is the no-strike clause (Boys Mkts. v. Retail Clerks, 398 U.S. 235 (1970)), not, as is commonly thought, the no lock-out promise. Therefore, just as the arbitration promise does not continue post-arbitration, likewise the no-strike clause does not continue. The no-strike clause is a quintessential example of the consensual surrender of a party's economic power; in this case, the union's chief economic weapon. Once the agreement expires, the union is free to exercise that weapon.

For similar reasons, the employer's promise to refrain from locking out employees during the term of a collective bargaining agreement does not survive the termination of that agreement. Though used less often than the strike, the lockout is an economic weapon of the employer that may be utilized under certain circumstances post termination of the collective bargaining agreement.

Union security provisions are clauses that require employees to be union members, and that require union dues to be deducted from employees' paychecks. Generally, union security clauses do not continue post-expiration. The board has interpreted Section 8(a)(3) of the act (29 U.S.C. Section 158(a)(3)) to mean that parties can require union membership as a condition of employment only "[s]o long as ... a contract is in force." Bethlehem Steel Co., 136 NLRB 1500, 1502 (1962).

On the other hand, in Lincoln Lutheran, the board reversed years of precedent, holding that an employer's obligation to deduct employees' dues from their paychecks will survive the collective bargaining agreement. See Lincoln Lutheran, 362 NLRB No. 188 (2015); see also Metalcraft of Mayville, Inc., 18-CA-178322, 2017 WL 956627 (2017) (recognizing the continuing validity of Lincoln Lutheran in holding that dues checkoffs have long been considered a matter related to working conditions and that the employer's "unilateral cessation of dues checkoff violated Section 8(a)(5)."). However, the length of Lincoln Lutheran's lifespan is in doubt. The new board general counsel has drafted a memo to the board's regional offices requiring mandatory submission to the board's Division of Advice regarding any case involving whether dues check-off clauses should continue to survive the expiration of the collective bargaining agreement. C Memo 18-02, Dec. 1, 2017. This memo signals that the general counsel is interested in revisiting the issue and perhaps advocating that Lincoln Lutheran be overturned.

Management rights clauses also do not continue post-expiration because those clauses reserve to the employer the right to make unilateral changes with respect to terms and conditions of employment during the period of the collective bargaining agreement.

However, it is important to note that an employer can make changes post-expiration if they are consistent with past practices, even if those practices developed from a management rights clause. In Raytheon Network, 365 NLRB No. 161 (2017), the board held that the employer did not violate the act when it made unilateral changes after the agreement expired because the employer's changes were the same kind and degree as the changes it had made in previous years. Notably, the board held that an established past practice, even if developed through a management rights clause, may become part of the status quo. Id. The board also held that an employer's unilateral actions consistent with past practices do not require bargaining merely because the employer uses some degree of discretion. Id. Instead, the relevant consideration is whether the employer's actions are a substantial departure from a past practice. Id. In promulgating the holding in Raytheon Network, the board overruled its recent decision in E.I. Du Pont De Nemours, 364 NLRB No. 113 (2016), which held that an employer's action consistent with an established past practice constitutes a change, requiring notice to the union and an opportunity to bargain prior to implementation, even if the employer's action is consistent with established practices created under a management-rights clause, because the disputed change involved employer discretion.

State laws further complicate matters. The concepts analyzed here only apply to agreements covered by the NLRA. There may be other requirements covered by state statues, such as those administered by the Public Employment Relations Board, as opposed to the NLRB. While many of the concepts may be similar, they are not necessarily the same. The impact of state statutes is beyond the scope of this article.

There are many traps for the unwary under the National Labor Relations Act, as amended. Whether action taken after a collective bargaining agreement expires is lawful starts with a determination as to whether the action is covered by a term in the collective bargaining agreement that continued as a matter of law beyond the expiration date of the agreement. This article addressed some of the key terms that do not continue.

One of the main reasons the U.S. Supreme Court has been asked to opine on these issues over the years is that they are intricate and complex, and affect a lot of people and many industries. When a collective bargaining agreement expires and disputes arise in the wake of expiration, it is best to proceed with caution. And with a good lawyer.