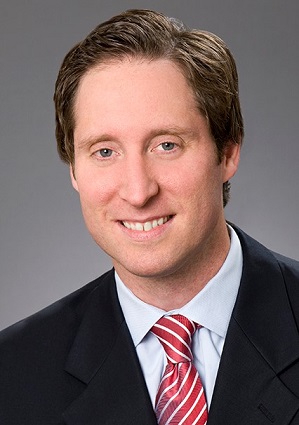 Gregory is the partner-in-charge of Akin Gump's Los Angeles office and a member of the firm's employment practice primarily focusing on class and collective actions and other complex disputes. 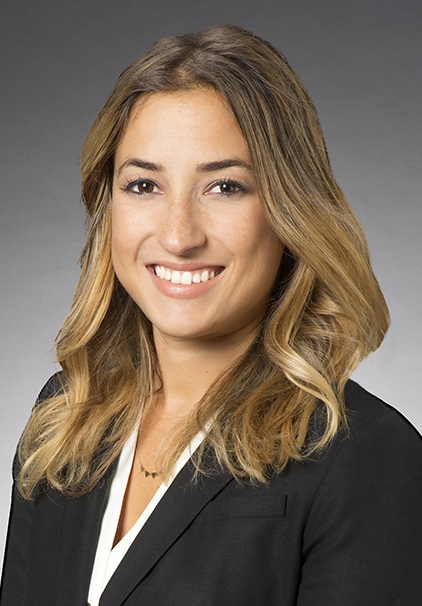 Stephanie is a member of the firm's labor and employment practice. 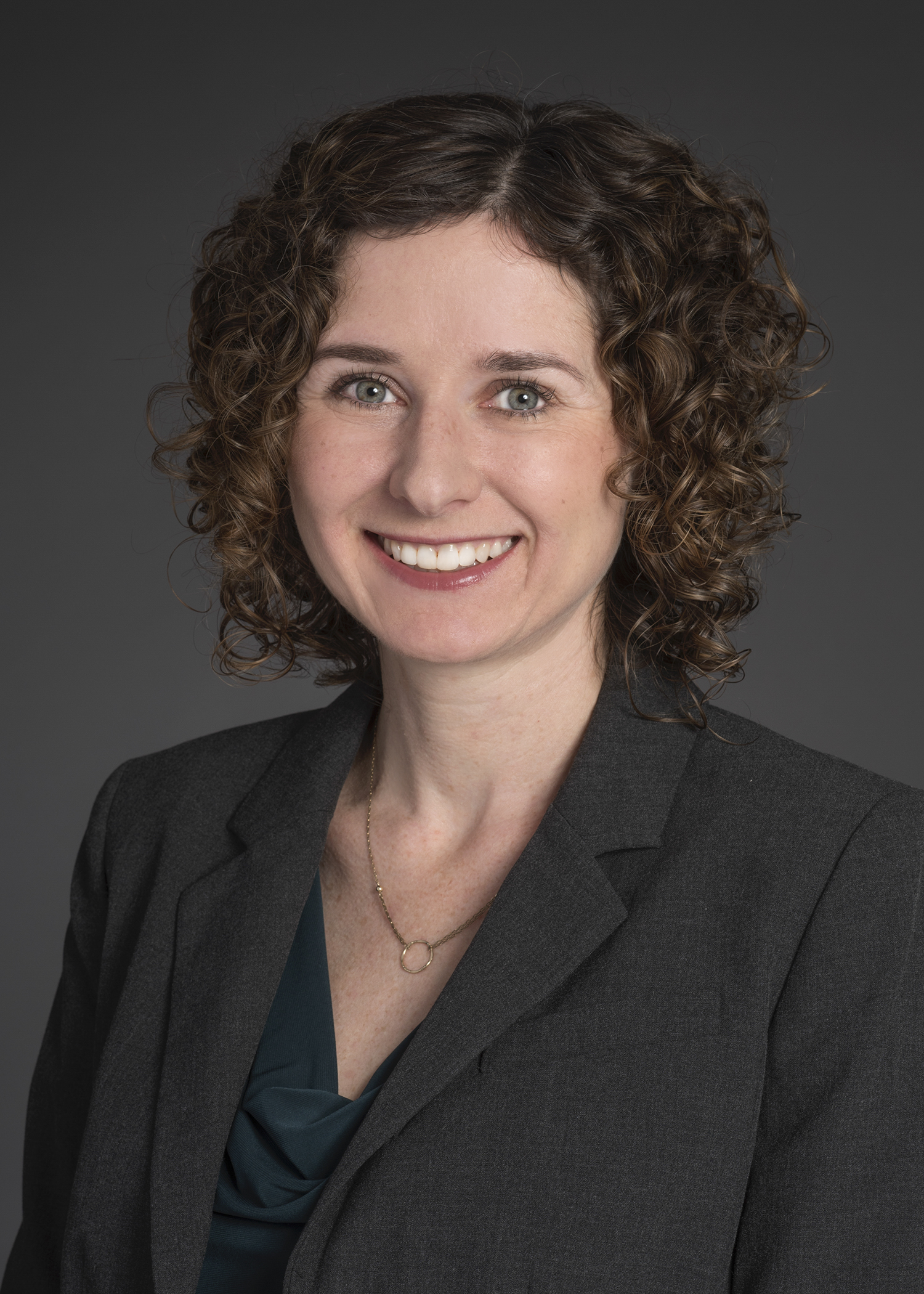 Galit is part of the firm's Labor, Employment and Immigration practice.

The current wave of workplace misconduct allegations has many companies reevaluating their investigation practices. For one, companies are increasingly hiring outside counsel to run an investigation when the nature of allegations requires legal expertise or has the potential to subject the company to substantial legal exposure and negative publicity.

But simply hiring an attorney to investigate does not automatically cloak the investigation under the protections of attorney-client and work product privilege. This article explores the parameters of these protections under California law in the context of an investigation conducted by outside counsel and whether -- and to what extent -- a company defendant waives this protection when it voluntarily reveals portions of the investigation for strategic reasons, such as to advance litigation defense or promote public relations.

When Is the Investigation Privileged?

Under California law, the attorney-client privilege protects from disclosure confidential communications "made during the course of an attorney-client relationship." Costco Wholesale Corp. v. Superior Court, 47 Cal. 4th 725, 740 (2009); see also Cal Evid. Code Section 954. In the context of a fact investigation, the threshold question is whether the communication was made pursuant to an "attorney-client relationship" where the attorney's work amounts to providing "legal service or advice." City of Petaluma v. Superior Court, 248 Cal. App. 4th 1023, 1032 (2016); Cal. Evid. Code Section 951.

Notably, the California Court of Appeal recently held that a privileged relationship exists where the attorney is providing a legal service through her investigative expertise without providing any legal advice. City of Petaluma, 248 Cal. App. 4th at 1027. The court relied on the relevant statute's definition of "client" as a person who consults with a lawyer "for the purpose of retaining the lawyer or securing legal service or advice." Id. at 1032 (citing Evid. Code Section 951).

In City of Petaluma, the city attorney hired outside counsel to investigate the merits of a former employee's discrimination and harassment complaints. The retention agreement provided that the attorney would use her expertise to gather information and arrive at findings, but she was "specifically directed not to provide legal advice as to which course of action to take." Id. Still, the City of Petaluma court recognized that when an attorney uses her legal expertise to conduct a pre-litigation fact investigation, she is providing a "legal service" that creates an attorney-client relationship and that implicates the attorney-client privilege. See id. at 1035.

But not all attorney-led investigative work amounts to the requisite legal service. The City of Petaluma court held that the attorney rendered a legal service because she was "expected to use her legal expertise" to "identify the pertinent facts, synthesize the evidence, and come to a conclusion as to what actually happened." 248 Cal. App. 4th at 1035. However, the court also recognized that a party may oppose a claim of privilege by presenting evidence that the attorney is engaged in "routine fact-finding on behalf of the company's personnel department rather than legal work" and is thus not providing a legal service. Id. (citing Wellpoint Health Networks v. Superior Court, 59 Cal. App. 4th 110, 123 (1997)).

If the engagement establishes an attorney-client relationship, then the various confidential communications between outside counsel and the company should be protected from disclosure. These communications include the investigation report, even if the factual material "might be discoverable by some other means," and even if the report does not evaluate potential liability under the law and therefore includes no legal advice. City of Petaluma, 248 Cal. App. 4th at 1032 (quoting Costco, 47 Cal. 4th at 740).

Likewise, various written communications prepared in the course of the investigation should be protected, including: (i) emails between the attorney and the company's team regarding the scope and details of the investigation, background information about witnesses, and requests for documents and information; and (ii) summaries of witness interviews. E.g., Clark v. Superior Court, 196 Cal. App. 4th 37, 50-52 (2011) (finding that all documents communicated between counsel and the company regarding a confidential internal investigation were privileged and rejecting need for document-by-document review); Wellpoint, 59 Cal. App. 4th at 123 (privilege applied to "documents related to the law firm's investigation" into discrimination claims); cf. City of San Bernardino v. Pac. Indem. Co., 2014 WL 12588292, at *5 (C.D. Cal. July 30, 2014) (under California law, "[b]ecause the County has set forth facts establishing that the dominant purpose of Mr. Vernon's relationship with the County was the provision of legal advice and/or opinions, the Court presumes that the communications involving Mr. Vernon that Gulf seeks are privileged irrespective of their content").

Moreover, communications among outside counsel in furtherance of the investigation (e.g., emails or discussions regarding impressions of witnesses) are privileged as "legal opinions formed" even if they were never transmitted to the client. Fireman's Fund Ins. Co. v. Superior Court, 196 Cal. App. 4th 1263, 1273 (2011).

Less clear, however, is whether outside counsel's contemporaneous interview notes are privileged. The California Supreme Court has espoused a somewhat narrow view regarding when the privilege applies to communications between an attorney and a corporate client's employees compared to federal law under Upjohn Co. v. United States, 449 U.S. 383 (1981). Specifically, the privilege does not apply to communications with an employee who (i) is not a co-defendant, (ii) is not someone who "would ordinarily be utilized for communication to the corporation's attorney," such as an executive, or (iii) whose connection to the matter is only as a witness (as opposed to someone whose "report or statement is required in the ordinary course of the corporation's business"). D.I. Chadbourne, Inc. v. Superior Court, 60 Cal. 2d 723, 736-38 (1964). Therefore, the privilege may not apply to conversations between an attorney and a corporation's lower-level employees, in which case the notes memorializing these interviews are not protected by the attorney-client privilege either.

Even if interview notes are not protected under the attorney-client privilege, they may be protected from disclosure under California's attorney work product rule. See Cal. Code Civ. Proc. Section 2018.030. The California Supreme Court has held that recordings of witness interviews conducted by an attorney are protected work product. See Coito v. Superior Court, 54 Cal. 4th 480, 495 (2012). If the notes do not reflect attorney impressions, the protection under this doctrine is qualified, meaning a party seeking disclosure will have to prove that applying the work product doctrine will "unfairly prejudice the party in preparing its claim or defense or will result in an injustice." Id. A party generally cannot satisfy this test where the witnesses are available, as that party has the ability to conduct its own witness interviews. See id. at 496.

There are many reasons why a company may voluntarily choose to disclose the contents of an otherwise privileged communication, including to assert an affirmative defense in litigation or to address public relations concerns. Whatever its reason, a company should consider how a waiver operates before voluntarily disclosing privileged communications.

When a waiver occurs, its scope "is narrowly defined and the information required to be disclosed must fit strictly within the confines of the waiver." Transamerica Title Ins. Co. v. Superior Court, 188 Cal. App. 3d 1047, 1052-53 (1987) (citations omitted). Unlike under federal law, where the voluntary disclosure of privileged communications can waive the privilege as to all communications on the same subject, "a waiver under Evidence Code Section 912 relates to the particular communication which has been revealed and not to all communications concerning the subject matter of the lawsuit." Owens v. Palos Verdes Monaco, 142 Cal. App. 3d 855, 870 (1983) (overruled on other grounds). Nevertheless, predicting the scope of a waiver is difficult. The scope of the waiver will depend on the disclosure that is "essential for a fair adjudication of the action." Id. (citation omitted).

For example, when facing a harassment claim, a company defendant may choose to "put the adequacy of the investigation directly at issue" by arguing that it took reasonable corrective or remedial measures in response to an employee complaint. Wellpoint, 59 Cal. App. 4th at 128. In this circumstance, the defendant "cannot have it both ways" and must waive attorney-client privilege or work product doctrine to allow for a thorough examination of the investigation. Id.

Fairness will likely also necessitate waiver if the company chooses to publicize its investigative findings for reputational purposes. There are many recent examples of organizations chooses to publicize attorney-conducted investigation reports, usually involving public institutions. And even publication of a scaled-back report that includes only a high-level factual summary may constitute waiver because this version likely reflects the investigating attorney's conclusions and legal expertise. See Doe 1 v. Baylor Univ., 320 F.R.D. 430, 437 (W.D. Tex. Aug. 11, 2017) (finding waiver in part based on public release of summary "Findings of Fact" document because it "revealed that all findings were the result of [outside counsel]'s investigation," and noting that "[t]he exact contents of the communications need not be revealed to constitute waiver").

A recent decision involving Uber illustrates the risks of "selective waiver," albeit under federal law. Uber chose to disclose some helpful portions of a meeting among its counsel and executives about the allegations in the lawsuit, arguing that the meeting was never privileged in the first place. Waymo v. Uber Techs., Inc., 2017 U.S. Dist. LEXIS 132596, *6 (N.D. Cal. Aug. 18, 2017). The court rejected this position in scathing terms: "Uber has indulged in the slick practice of including its lawyers in meetings and communications and deciding after the fact if a lawyer was actually included for the purpose of providing legal advice, all in accordance with what happens to be convenient for Uber's case." Id. at 8-9.

The current workplace investigation landscape requires companies to reassess whether their procedures for addressing complaints of misconduct are adequate. One of the first decisions a company must make when facing high-risk misconduct allegations is to determine whether to hire outside counsel to conduct the investigation. A privileged investigation may provide the company with legal expertise and confidentiality, but may not be the right move if, for example, litigation strategy necessitates revealing details about the investigation. Companies should consider having processes in place for analyzing whether particular complaints warrant attorney-led investigations. In so doing, the company should explore the pros and cons associated with maintaining confidentiality, keeping in mind the contours of how waiver operates.

These practices may not only help a company to decide whether to hire outside counsel in the first place, but they ultimately may help the company avoid disclosing documents that it never expected to see the light of day.