Who’s an employee? The impact of Dynamex 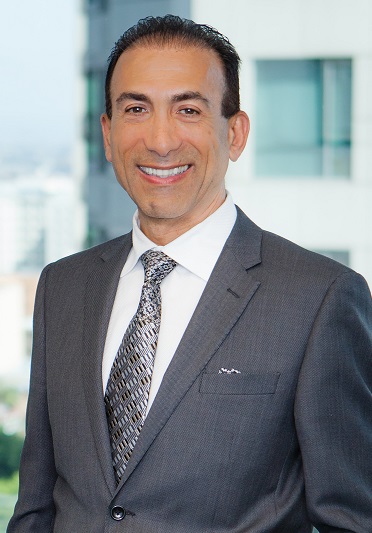 The nationwide debate over conditions and circumstances under which workers can properly be classified as independent contractors received a jolt in April, when the California Supreme Court decided the Dynamex case and in the process adopted a standard which makes it much more difficult to classify workers as independent contractors. See Dynamex Operations West, Inc. v. Superior Court, 4 Cal. 5th 903 (2018).

This article reviews the Dynamex decision, as well as its potential impact on employees and employers, including the likely effect on the so-called gig economy. We also discuss why, despite its importance, the Dynamex decision may not have the broad impact that proponents of the decision hope for and its detractors fear.

The case concerned delivery drivers working for Dynamex Operations West, Inc., a document and package delivery company with nationwide operations. The workers alleged that Dynamex had misclassified them as independent contractors instead of employees.

The decision had been widely anticipated because of its potential impact on the business model and the bottom line of many businesses, especially those operating in the gig economy (think: Uber, Lyft, etc.).

Classification of workers as employees triggers several regulatory and tax obligations. For example, businesses must observe California's tax and wage and hour laws for their employees including payment of payroll taxes, minimum wages and overtime, rest and meal breaks, as well as the requirement that employers reimburse their employees for business expenses incurred in performing their jobs.

In Dynamex, the California Supreme Court began its analysis by reviewing the long history of judicial and legislative attempts to formulate a clear and practical standard to differentiate regular employees from independent contractors. A generation ago, the U.S. Supreme Court observed that "few problems in the law have given greater variety of application and conflict in results than the cases arising in the borderland between what is clearly an employer-employee relationship and what is clearly one of independent, entrepreneurial dealing." NLRB v. Hearst Pubs., 322 U.S. 111, 121 (1944).

After surveying the history of employment classification standards in California, the Dynamex court noted that for almost 30 years, California courts have applied a multifactor test to distinguish between employees and independent contractors. The multifactor protocol came to be known as the Borello test. See S.G. Borello & Sons, Inc. v. Dept. of Indus. Relations, 48 Cal. 3d 341 (1989).

The Borello test required courts in California to decide the issue by reference to the following factors: (1) whether the person performing work is engaged in an occupation or business that is distinct from that of the company; (2) whether the work is part of the company's regular business; (3) whether the company or the worker supplies the equipment, tools, and the place for the person doing the work; (4) the worker's financial investment in the equipment or materials required to perform the work; (5) the skill required in the particular occupation; (6) the kind of occupation, with reference to whether, in the locality, the work is usually done under the company's direction or by a specialist without supervision; (7) the worker's opportunity for profit or loss depending on his or her own managerial skill (a potential for profit does not include bonuses); (8) how long the services are to be performed; (9) the degree of permanence of the working relationship; (10) the payment method, whether by time or by the job; and finally, (11) whether the parties believe they are creating an employer/employee relationship.

The California Supreme Court described the Borello test as an "all the circumstances" standard, and found it to have "significant disadvantages, particularly when applied in the wage and hour context." The court noted that the Borello test "makes it difficult for both hiring businesses and workers to determine in advance how a particular category of workers will be classified."

The Dynamex court criticized California's "lack of an easily and consistently applied standard often leaves both businesses and workers in the dark with respect to basic questions relating to wages and working conditions that arise regularly, on a day-to-day basis." In addition the court lamented that the use of a multifactor, all the circumstances standard, provided a business "greater opportunity to evade its fundamental responsibilities under a wage and hour law by dividing its work force into disparate categories and varying the working conditions of individual workers within such categories with an eye to the many circumstances that may be relevant under the multifactor standard."

Looking to Other States

Seeking a simpler, more satisfactory standard, the Dynamex court reviewed protocols adopted by other jurisdictions. The court homed in on three approaches: the "common law" standard, the "economic reality" standard, and lastly, the "ABC" standard.

The second approach, the economic reality test, examines the condition and conduct of the hirer and worker and asks whether the workers are, in reality, in business for themselves, or are economically dependent on the hirer.

Finally, the Dynamex court came to the third analytical framework, which is known as the ABC test. The ABC test starts with the basic assumption that workers are employees unless the employer can establish the following three factors:

• the worker is free from control and direction over performance of the work, both under the contract and in fact

• the work provided is outside the usual course of the business for which the work is performed; and

• the worker is customarily engaged in an independently established trade, occupation, or business of the same nature as the work performed for the hiring entity.

Ultimately, the California Supreme Court decided to replace the multifactor Borello framework with the much simpler ABC test. In so doing, the court noted that the ABC test may not be as simple as it looks, for there are various versions that apply in different states. The Dynamex court opted for the version adopted by Massachusetts.

As examples of proper classification of workers in light of its newly adopted standard, the California Supreme Court found that a plumber hired by a retail store to fix a bathroom leak or an electrician hired to repair an electric outlet will likely be considered independent contractors. To the contrary, a seamstress hired by a clothing manufacturer to make dresses with material and supplies provided by the manufacturer will likely be considered to be an employee.

In an indirect reference to the economic reality test, the California Supreme Court stated that independent contractor status can only be properly claimed by workers who are in business independently and have established strong indicia of independence such as incorporation, licensure, advertisements and the like. In that regard, although many businesses currently allow their workers classified as independent contractors to engage in similar activities for other businesses, the Dynamex court found such practices to be without effect unless the worker is actually engaged in such an independent business, occupation, or profession.

Impact on the Gig Economy

Although the full impact of the Dynamex decision will take some time to be felt, businesses in the gig economy, who are the ones who have most benefited from classifying their workers as independent contractors, are particularly concerned about how to establish that the work performed by the workers is outside the usual course of the hiring entity's business. On the surface, that condition alone would preclude prominent players in the gig economy, such as ride hailing businesses Uber and Lyft, from classifying their workers as independent contractors. This is because in many ways, such services are similar to the cake decorator who is hired by a bakery to custom design the cakes on an ongoing basis, or a home-based seamstresses working for a manufacturer of clothing items who make dresses from material and designs provided by the hirer, which the California Supreme Court found unlikely to pass muster as independent contractors under the ABC test.

Because of its game-changing impact, many businesses, who have been compliant with the Borello standard are concerned that the new ABC test will be applied retroactively. The California Employment Law Council, a nonprofit consortium of companies who work together to create a better legal climate for California employers, filed a post-decision amicus letter with the court requesting clarification that the Dynamex decision be applied prospectively. On June 20, the court denied rehearing and all requests for modification of its opinion.

Despite Dynamex's significance, there are at least three reasons why the reach of the decision may be more limited than first appears. These include the growing popularity of freelance workers, the increasing prevalence of arbitration clauses in worker-hirer contracts, and the narrow context of application of the new test.

First, a growing recent trend has been the tendency of workers, especially the young, to choose going into business for themselves. According to a recent survey by the Freelancers Union, based in New York City, that number has grown rapidly and, as of 2015, totaled over 55 million, making up over 35 percent of the work force in that year. Perhaps surprisingly, the survey shows that workers are not choosing freelance work because of scarcity of regular employment, but because of its perceived advantages, including lifestyle, more control over the work, and the number of hours they work, with two thirds of respondents reported finding freelance work easier over the previous year.

In fact, over two thirds of respondents reported that they chose freelancing over regular employment voluntarily. The trend is likely to accelerate in the coming years as technology makes finding freelance jobs easier. Despite reporting working fewer hours, Freelancers also reported earning more money than they did at their previously held regular employment jobs. A majority of freelancers who had held regular jobs before switching to freelancing reported that they made more money after switching. Yet another advantage cited by freelancers was serving several clients as opposed to one employer. Freelancers believe that the client diversity affords them enhanced job security.

Finally, the reach of Dynamex may be fairly narrow by its own terms. Indeed, the California Supreme Court made clear that it is decision was limited to classifications under the state's wage orders, which, deal with such issues as minimum wages, maximum hours and meal and rest breaks of California employees. Accordingly, the decision may not cover worker definitions adopted under other statutes and regulations, such as the state payroll tax, unemployment and workers compensation laws. Likewise, the decision may not apply under the federal Fair Labor Standards Act, which currently uses an "economic realities" test. To be sure, these issues are likely to be the subject of future litigation.

There is little doubt that the Dynamex decision will have significant implications for the California employers who have adopted the independent contract business model, such as those who operate in the gig economy.

The full impact of the decision, however, remains to be determined.