Who retains the privilege when the estate gets a new trustee? 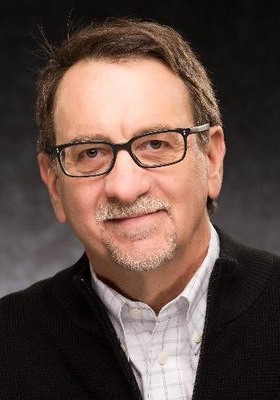 Mark is a certified specialist in estate planning, trust &amp; probate law by the State Bar of California.

In the recent case of Morgan v. Superior Court, 23 Cal. App. 5th 1026 (2018), the court again returned to the complications that arise when a trusteeship changes hands, taking the important attorney-client privilege with it. In Morgan, the Beverly C. Morgan Family Trust was created on Nov. 6, 2013, by Beverly C. Morgan, a mother with three adult children, Thomas, Nancy and John. Beverly died in January 2014, only two months after signing the trust, and under its terms her son Thomas succeeded as trustee. Litigation began almost immediately. Daughter Nancy filed a petition to construe the trust's terms, asking that the trust be reformed or invalidated on grounds of lack of capacity, undue influence and fraudulent misrepresentations. Bitterly contested proceedings continued for several years until the court suspended Thomas as trustee in April 2017, appointing interim co-trustees and ordering Thomas to cooperate with and transfer to them all communications between him and any person or entity on behalf of the trust. Thomas and his counsel refused to turn over the requested documents based on language of the trust which read:

"The Trustee may retain and consult with legal counsel on any matters related to the administration of the trusts created under this Declaration of Trust ... all communications (written or oral) between the Trustee and legal counsel, and all work product of legal counsel shall be privileged and confidential and shall be absolutely protected and free from any duty or right of disclosure to any successor Trustee or any beneficiary and any duty to account."

Based on this language in the trust, Thomas and his attorneys maintained that they were not obligated to turn over to the successor trustees any communications between them.

Decisions in disputes of this kind go back to Moeller v. Superior Court, 16 Cal. 4th 1124 (1997), in which litigation arose between a corporate successor trustee and a beneficiary. When the corporate fiduciary resigned and the beneficiary succeeded as trustee, the court held that the beneficiary as successor trustee succeeded to the attorney-client privilege, rejecting the initial trustee's claim that its correspondence with its attorney was privileged, effectively holding that the privilege followed the office of the fiduciary.

The ruling in Moeller caused enormous consternation in the legal community, commentators arguing that the holding undermined the relationship between attorney and client. The court was not sympathetic to the claim that a fiduciary should be able to hire an attorney and communicate with him or her in confidence, without fear that those communications should be discoverable when the trustee leaves the office. The Moeller court held that: "In a trust relationship, then, the benefits belong to the beneficiaries and the burdens to the trustee. The office of trustee is thus by nature an onerous one, and the proper discharge of its duties necessitates great circumspection. Liability to beneficiaries for mismanagement of trust assets is merely one of the burdens professional trustees take on -- for, presumably, an appropriate fee."

The Moeller court suggested that trustees hire a second attorney and pay for that attorney out of their own pocket to preserve any privilege they feel is necessary.

Last year, the issues were expanded in Fiduciary Trust International of California v. Klein, 9 Cal. App. 5th 1184 (2017). Another chapter in the long-running Herbalife litigation following the death of founder Mark Hughes, this particular chapter of the saga mostly concerned the sale of 157 acres of undeveloped Beverly Hills property. Hughes had died unexpectedly in 2000, likely from lethal levels antidepressants and alcohol, leaving an 8-year-old son, Alexander, and a litigious ex-wife, the mother of Alexander.

In prior cases Alexander and his mother objected to every accounting and successfully petitioned for removal of the trustees. When the new trustee, Fiduciary Trust International, sought documents from prior trustees, the latter claimed that 3,000 documents related to their defense against claims of surcharge were personal and not trust-related, and thus protected by the attorney-client privilege. Looking to Moeller, the court in Fiduciary Trust held that the privilege belonged to the new trustee because it belongs to the office of trustee, not to the individual in the office, and thus the new trustee is entitled to all documents related to trust administration.

The court acknowledged that where a trustee retains and uses counsel for its own defense against charges of breach of trust, those documents remain privileged after removal. But it's not sufficient to later characterize documents as defensive in nature. Rather, the court will inquire into the relationship between the trustee and their attorney at all stages of the representation. The issue of whether the personal attorney can be paid for from the trust or must be paid by the trustee from its own funds, commented on but not strictly required by Moeller, remained undetermined in Fiduciary Trust.

The Morgan court found both Moeller and Fiduciary Trust to be controlling. The court carefully distinguished between communications that occurred when the predecessor trustee, in its fiduciary capacity, sought the attorney's advice for guidance in administering the trust, as opposed to when the predecessor trustee sought legal advice out of a genuine concern for possible future charges of breach of fiduciary duty. In the latter case, the court recognized that a predecessor trustee may be able to avoid disclosing the advice that they received from the attorney in that specific context. The court then examined language of the trust which purported to absolve the trustee of any liability as a successor trustee, and held that provision void as contravening both clear public policy and the remaining language of the trust. The court cited Probate Court Section 16461, which provides: "A provision in the trust instrument is not effective to release a trustee of liability (1) for breach of trust committed intentionally, with gross negligence, in bad faith, or with reckless indifference to the interest of the beneficiary, or (2) for any profit that the trustee derives from the breach of trust."

Notwithstanding the breadth of language in a trust provision relieving a trustee from liability for breach of trust, for reasons of public policy fiduciary law imposes limitations on the types and degrees of misconduct for which liability of the trustee can be excused. Where, as in Morgan, the terms of a trust prevent a successor trustee from obtaining documents by which they might establish a predecessor trustee's malfeasance, bad faith, or intentional misconduct, that provision is also void for the same public policy reasons. In reviewing all of the facts and circumstances, the court determined that the settlor had drafted the trust to protect beneficiaries from malfeasance of the part of a trustee. Both in order to prevent such malfeasance and to maintain the effective and consistent operation of the trust, any provision must be interpreted in a manner that does not permit a predecessor trustee to withhold from the successor trustee materials covered by the attorney-client privilege, absent some demonstration, not present here, that a trustee has taken the trouble to segregate administrative and defensive communications, and hired and paid for a separate attorney to handle the latter communications. The Morgan court wrote: "[T]o require a trustee to distinguish, scrupulously and painstakingly, his or her own interest from those of the beneficiaries is entirely consistent with the purpose of a trust. Moreover, a trustee can mitigate or avoid the problem by retaining and paying out of his or her own funds separate counsel for legal advice that is personal in nature."

The trend of these cases is clear that a trustee, once removed from office, will only be able to confidently assert the privilege for communication with an attorney if the communications are segregated from trust administration matters, and the trustee pays the attorney from the trustee's own funds.

A brief overview of the California Uniform Trust Decanting Act