What is the deal with Jefferson v. Compton? 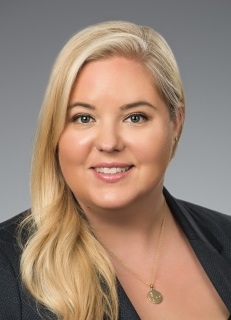 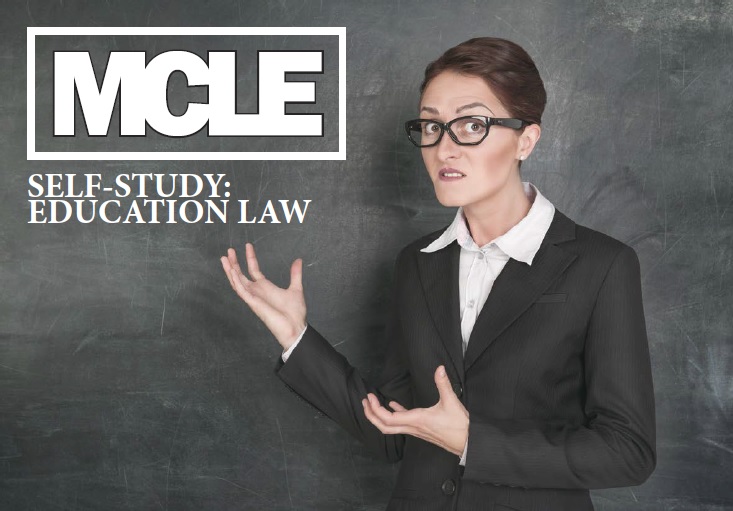 The most recent paperback version of the California Education Code is 2,522 pages long, double-columned, and in small print. It weighs nearly six pounds. There are three titles, 14 divisions, 70 parts, and 101149.5 sections. This does not include subsections or accompanying provisions of the California Code of Regulations.

Enterprising legislators on both sides of the aisle always want to take credit for either authoring or co-authoring an education bill. Either education is a high priority, or it moves votes come Election Day. Regardless, there are statutes regulating everything from calculating average daily attendance to planting student gardens. There are codified procedures and timelines for: credentialing, reductions in force, contract negotiations, classified discipline, expulsions, individualized education plans, and public bidding. And yes, there are specific statutory requirements for notices of reassignment, demotions, and certificated discipline. For whatever their faults, the California Legislature have proved quite adept at passing laws on public education in the state.

We have plenty of statutes and procedures, so why do we feel the need to help the Legislature create more? Why do we feel the need to create standards, procedures, and processes that do not otherwise exist in statute? Inexplicably, that is exactly what is happening. Some California school districts are employing a little-known practice loosely titled, "Recommendation for Reassignment," to demote administrators. It is little-known because it does not exist in statute but instead relies on language buried deep in the somewhat obscure case of Jefferson v. Compton Unified School District, 14 Cal. App. 4th 32 (1993).

"Recommendation for Reassignment" is a trap for both school districts and administrators. As will be explained below, using this process requires districts to unilaterally create legal definitions, procedural due process, evidentiary standards, and factfinders without any guidance from statute or case law. This is an open invitation for legal challenge. Conversely, unsuspecting administrators who believe their positions are protected are confronted with a Star Chamber-esque process that threatens their livelihoods. Clearly, this is untenable. This article will discuss the applicable statutory schemes, the Jefferson decision, and the motivations and pitfalls of the Recommendation for Reassignment process. In so doing, we may gain a new appreciation for codified, yet dry, statutory procedures.

How does a district move an administrator who has not received the statutorily required notice? This is the problem that leads to the misguided Jefferson "solution." However, to attempt to understand a process which the courts and Legislature did not create, we must first understand those which they did.

The Education Code contains a comprehensive statutory scheme governing the employment rights of public school teachers and administrators, otherwise known as certificated employees. Under this scheme, school principals are permanent employees only as to a teaching position. Thompson v. Modesto City School District, 19 Cal. 3d 620 (1977). Principals do not have a statutory right to their administrative position and can be removed at-will. See Barthuli v. Board of Trustees, 19 Cal. 3d 717, 721-22 (1977); Gilliam v. Moreno Valley Unified School District, 48 Cal. App. 4th 518, 521 (1996).

However, a principal's removal and reassignment is subject to certain mandatory notice requirements, commonly referred to as a "March 15 notice." See Education Code Section 44951; Hoyme v. Board of Education, 107 Cal. App. 3d 449, 454 (1980). These requirements are designed "to afford affected administrative employees adequate notice of a possible reassignment and sufficient time to ... seek other satisfactory ... administrative employment" before beginning the next school year. Gilliam, 48 Cal. App. 4th at 521; accord Ellerbroek v. Saddleback Valley Unified School District, 125 Cal. App. 3d (1981). If the notice is not properly or timely given, the school district is no longer free to change the administrative employee's assignment at its pleasure. Education Code Section 44951; see Hoyme, 107 Cal. App. 3d at 454-55. In that circumstance, a change in assignment requires cause, which triggers an employee's right to various statutory protections, including notices, specific charges and the hearing. See Education Code Sections 44932-44946; Hayes v. Temecula Valley Unified School District, 21 Cal. App. 5th 735 (2018).

There is no cause required to give a March 15 notice. It is purely discretionary. If an administrator is given a March 15 notification, they can be reassigned with or without cause, again at the complete discretion of the superintendent and Board of Education. This gives districts significant, yet not unfettered, discretion to reassign administrators.

Education Code Section 44932(a) provides, "[a] permanent employee shall not be dismissed except for one or more of the following causes: (1) Immoral conduct .... (2) Unprofessional conduct. (3) ... criminal syndicalism ... (4) Dishonesty; (5) Unsatisfactory performance. (6) Evident unfitness for service. (7) Physical or mental condition unfitting for him or her to instruct or associate with children. (8) persistent violation or refusal to obey the school laws .... (9) Conviction of a felony or any crime involving moral turpitude. (10) Violation of Section 51530 .... (11) Alcoholism or any drug abuse that makes an employee unfit to instruct or associate with children."

Section 44932 charges must be accompanied by a showing of unfitness to teach based on the Morrison factors. In Morrison v. State Board of Education, 1 Cal. 3d 314 (1969), the California Supreme Court determined that causes for discipline and the California Education Code were susceptible to differing interpretations. Therefore, the court determined that a cause must be accompanied by a finding of evidence unfitness to teach. Accordingly, the Morrison court established factors to determine evident unfitness to teach, including: (1) the likelihood that the conduct may have adversely affected students or fellow teachers; (2) the degree of such adversity anticipated, the proximity or remoteness in time of the conduct; (3) the type of teaching certificate held by the party involved; (4) the extenuating or aggravating circumstances, if any, surrounding the conduct; (5) the praiseworthiness or blameworthiness of the motives resulting in the conduct; (6) the likelihood of the recurrence of the questioned conduct; and (7) the extent to which disciplinary action may inflict an adverse impact or chilling effect upon the constitutional rights of the teacher involved or other teachers.

To discipline a teacher or administrator, the law sets forth a charging process, causes for discipline, and factors that define those causes. The parties are entitled to civil discovery, mediation, and a hearing before a neutral panel. Although this process can be expensive and time-consuming, it is created to provide due process for that teacher or administrator and to determine the truth.

In Jefferson, the Compton Unified School District sought to reassign a principal for several Education Code violations: (1) willful violations of district rules and policies and state laws; (2) immoral conduct; and (3) dishonesty. The principal was not given a March 15 notice, but was simply reassigned to the classroom for "cause."

The Jefferson court reaffirmed long-standing Education Code Section 44951 precedent stating that little or no cause is required to reassign if the administrator receives a March 15 notice. The principal argued that since he was being reassigned for cause, the certificated dismissal procedure was applicable. But the court reasoned that because the district did not seek to suspend or discipline the principal, only to reassign him, the provisions of Education Code Sections 44944 et seq. did not apply. The court also held that the principal did not challenge the factual validity of the charges against him, thus the assertion of cause went unrebutted. Thereafter, the Court of Appeal upheld the district reassignment.

The Jefferson decision turns the old adage, "bad facts make bad law," on its metaphorical ear. Jefferson's procedural vacuum can be filled with costly abuses. The following is an actual case that explains how the Jefferson language can be bastardized into allowing a kangaroo court.

A successful principal with positive performance evaluations and no March 15 notification was placed on paid administrative leave without explanation. At the direction of the superintendent, a district lawyer conducted an ex post facto investigation to justify the paid administrative leave. Although the principal was not even contacted, the lawyer unilaterally made 44 "findings" by a nondescript "preponderance of evidence" standard supporting the superintendent. The lawyer's report contained no witness names, statements, interview dates, notes or recordings.

Based thereon, the principal was served with a Recommendation for Reassignment to a teaching position citing Jefferson. The principal was given 24 hours to respond and was denied a continuance. The principal filed a written response that was considered by the school board, superintendent, and district lawyer in a private closed session meeting. The board then announced to reassignment, released her from her principalship, and docked her pay. The reassignment was broadcast on social media and the superintendent contacted the California Commission on Teacher Credentialing. You do not have to be Thurgood Marshall to realize that any modicum of due process protections was grossly lacking.

The story had a happy ending for the principal. She hired a private investigator and conducted her own investigation. She prepared a writ of mandate in superior court. She was quickly reinstated and reimbursed her lost wages and attorney fees. The superintendent and district counsel were replaced. Sadly, all of this could have been avoided by following well-established statutory procedures, instead of taking the risky Recommendation for Reassignment shortcut.

Loosely translated, this old Mexican adage means, "the lazy man works double." This may be the lesson of Jefferson. Statutes, and legal processes are often laborious and imperfect. However, their ultimate goal is to ensure fairness and sometimes eliminate human frailty from decision-making processes. The statutory schemes set forth in Education Code Sections 44951 and 44940 et seq. accomplish just that. Either an administrator has been given a March 15 notification or they have not. Either there is cause to discipline under the Education Code and Morrison factors, or there is not. The strict procedures in the Education Code reduce the margin for error.

Conversely, the Recommendation for Reassignment process increases the margin for human error. Oftentimes, very party that is seeking discipline is creating the standards, process, and evidence for achieving that discipline. We know that sounds wrong. We know that sounds wrong because it necessarily interjects personal feelings, biases inherent or otherwise, political expediency, administrative convenience, and raw power into due process. That is likely not with the drafters of the 5th and 14th Amendments to the U.S. Constitution had in mind. But, it may work. The administrator may quit or accept the reassignment. Or, the district and administrator may be locked in a expensive and protracted legal battle over an unclear standard. It is much safer to pick up that six pound Education Code. Read it. Follow it. There will be no need to work double.