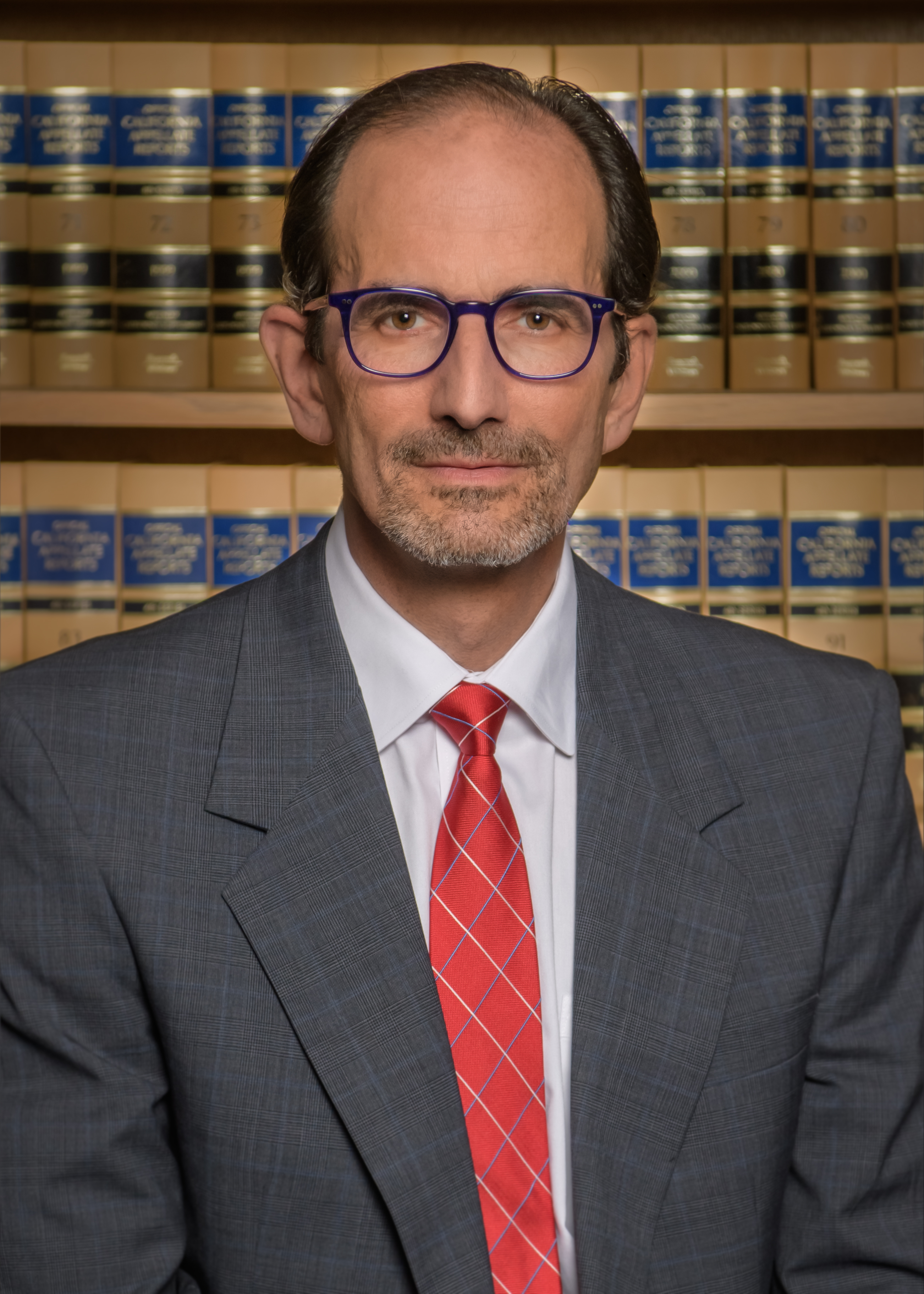 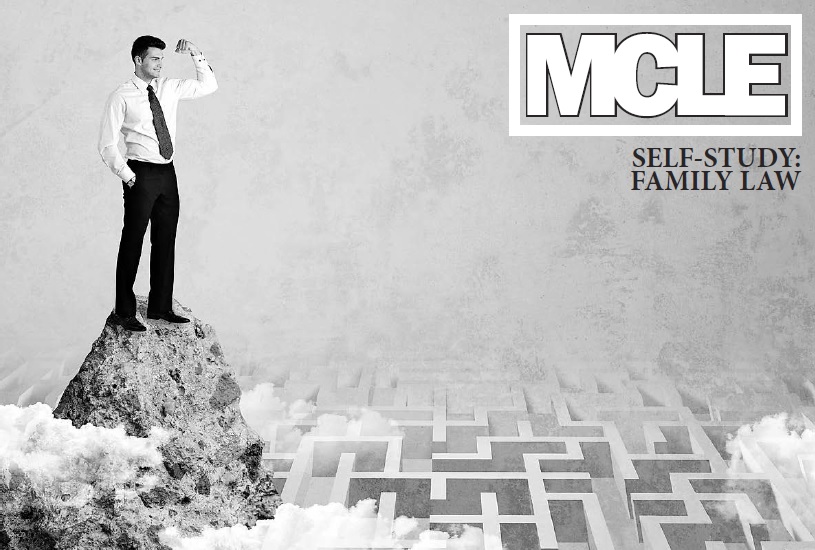 The times they are a-changin' for Family Code Section 217 evidentiary hearings. The new rules: Be diligent, proactive and very clear as to what you want or you will wave (and waive) your rights to present live testimony and to cross-examine adverse declarants bye-bye. That news recently came to a Section 271-sanctioned petitioner in George v. Deamon, 2019 DJDAR 4244 (May 17, 2019) (all code citations are to the Family Code unless otherwise specified).

Section 217 provides that, "At a hearing on any order to show cause or notice of motion brought pursuant to this code, absent a stipulation of the parties or a finding of good cause ... the court shall receive any live, competent testimony that is relevant and within the scope of the hearing and the court may ask questions of the parties." In George, the trial court's sanctions order was based solely on declarations and documentary evidence even though the sanctioned petitioner timely and persistently objected at the Section 217 hearing to the court's receiving into evidence the declaration of the non-appearing (and hence uncross-examinable) respondent.

How did the court properly consider the declaration in light of In re Marriage of Swain, 21 Cal. App. 5th 830 (2018)? Because the petitioner could have but did not secure the respondent's appearance at the 217 hearing by subpoena or notice to appear.

So, opponents of declarations: To exercise your Swain rights it is not enough to lay in the weeds and see if the other side brings the declarant to the hearing. You must affirmatively secure that declarant's presence. Serve a subpoena or a notice to appear.

George is part of the unfolding new rules of engagement for 217 hearings. What are those rules? Let's start at the beginning:

Generally, declarations are inadmissible hearsay for purposes of trial and, generally, declarations are admissible -- despite their hearsay character -- for purposes of deciding an RFO. Code of Civil Procedure Section 2009; Reifler v. Superior Court, 39 Cal. App. 3d 479 (1974). Thus your first task is to figure out if you are in a trial or a motion evidentiary hearing. That is not always so easy. The slicing and dicing of bifurcated issues for trials together with RFOs being "continued to trial" can result in confusion. The rest of this article deals with RFO Section 217 evidentiary hearings, not trials.

The court must receive relevant and admissible live testimony at an RFO hearing brought under the Family Code. But the litigants must perfect their right to present such testimony. Let us trace the evolution of this rule. Following the California Supreme Court's decision in Elkins v. Superior Court, 41 Cal. 4th 1337 (2007) -- which reinforced the notion that marital dissolution matters are subject to the same general rules of procedure that govern other civil trials -- the Judicial Council of California established the Elkins Family Law Task Force. Among the task force's goals: "to study and propose measures to assist trial courts in achieving efficiency and fairness in marital dissolution proceedings and to ensure access to justice for litigants, many of whom [were] self-represented." Judicial Council of Cal., Elkins Family Law Task Force, Final Report and Recommendations (Apr. 2010) p. 9. One of the task force's recommendations concerned the right to present live testimony at RFO hearings. Why? Because many family law motions concern substantive relief regarding the "fundamental issues in controversy." Deciphered: RFOs that deal with custody and support, including post-judgment motions to modify judgments, are not mere procedural motions, such as a demurrer or discovery enforcement motions. They go to the heart of the family dispute. They can be too important necessarily to be relegated to an evidentiary record of written declarations only.

The Legislature in 2010 adopted and expanded upon this recommendation by promulgating Section 217. That section provides in pertinent part, "[a]t a hearing on any order to show cause or notice of motion brought pursuant [to the Family Code] ... the court shall receive any live, competent testimony that is within the scope of the hearing and the court may ask questions of the parties." Section 217(a). It also provides that a party shall serve a list of non-party witnesses he or she wishes to call at the hearing (Section 217(c)) "with the request of order or responsive papers" (Cal. Rule of Court, Rule 5.113).

You absolutely must affirmatively mark as an exhibit and offer into evidence a declaration at a Section 217 hearing -- at least sometimes. Huh? Yes, this is confusing. In 2016, the Court of Appeal decided In re Marriage of Shimkus, 244 Cal. App. 4th 1262 (2016), in which the trial court granted an ex-husband's post-judgment RFO to terminate his obligation to pay spousal support. On appeal, the court rejected the ex-wife's contention that the trial court incorrectly failed to consider the declaration she filed prior to the hearing. Why? Because she never moved to admit the declaration as an exhibit at the hearing. Ex-wife argued that the trial court erred in not automatically admitting the declarations filed with the RFO and opposition. The Court of Appeal was unpersuaded. It categorically stated, "Nevertheless, as with any evidence, a declaration must be marked and offered and is subject to objections before admission." Id. at 1271.

This certainly was not the general practice among many practitioners long used to citing to Reifler and thinking that was enough to permit the court to consider a declaration. The Shimkus rule was later apparently limited by In re Marriage of Binette, 24 Cal. App. 5th 1119, 1130 (2018), and George, both of which explained that the trial court in Shimkus had made clear that it would be "hearing the testimony orally." See George, 2019 DJDAR at 4248 n.8. The limitation was key in George where the court properly decided the RFO on declarations and papers only but nobody moved to admit the declarations.

Thus the rule appears to be: A litigant may not need to move to admit a declaration into evidence if the court has not stated that the hearing will be decided on oral testimony. Belt and suspenders? Move to admit them anyway -- especially given the other rule of George that it is on the opponent of the declaration to secure the declarant's presence at the hearing for cross-examination. And speaking of cross-examination:

Declarations are admissible provided the opponent of the declaration has a right to cross-examine the declarant at the Section 217 hearing. Again, we trace the evolution of this rule. In 2018, the Court of Appeal decided Swain. In that case, ex-husband filed an RFO to terminate spousal support but the ex-wife did not respond and did not appear at the hearing. The trial court continued the hearing and ordered the parties to file updated income and expense declarations. Ex-wife filed but did not serve the updated I&E declaration and the ex-husband saw her updated I&E for the first time at the continued hearing. Ex-wife did not attend the continued hearing. Ex-husband objected to the court's considering ex-wife's updated I&E because he wished to cross-examine her on it and he had no chance to do so. The family court nonetheless considered the ex-wife's I&E and ex-husband appealed. Held: Reversed. "We conclude that, at a minimum, the hearsay exception in Code of Civil Procedure section 2009 does not apply to a motion to modify a family law judgment where, as here, the opposing party seeks to exclude the declaration on the ground that he or she is unable to cross-examine the declarant. In that situation, the opposing party's objection not only seeks to exclude hearsay evidence, but also amounts to an assertion of the party's right under section 217 to 'live, competent testimony that is relevant and within the scope of the hearing.' Id., subd. (a). The opposing party's live testimony is necessary for cross-examination." Swain, 21 Cal. App. 5th at 842. Fair enough, but who needs to secure the declarant's presence to permit the cross-examination? The proponent or opponent of the declaration. Swain did not say.

Also in 2018, the Court of Appeal decided Binette. There, husband appealed from an order setting aside a default judgment incorporating a marital settlement agreement. He contended that the trial court erred "by considering evidence not presented, submitted or admitted at the hearing" in violation of Section 217. Id. at 1122. Wife supported her RFO with a declaration particularizing husband's asserted violations of his fiduciary duties. Wife never formally moved to admit her declaration (à la Shimkus) and husband never formally objected to the court's considering that declaration (à la Swain). What's more, husband intimated that he would like to offer testimony but hedged "depending on the tentative of the Court." Id. at 1129. Held: Affirmed. As noted above, Binette distinguished and limited the Shimkus rule to cases where the trial court stated the hearing would be on oral testimony. Binette, 24 Cal. App. 5th at 1130. In Binette, by contrast, the parties had "an implicit agreement ... to rely on the documents submitted, unless the court directed otherwise." Id. at 1130. Note well: Because nobody spoke up at the hearing, the court found an implicit agreement permitting the court to consider the declaration. Binette also distinguished Swain: Unlike Swain, "husband never objected to wife's documents, nor did he make any unqualified request to cross-examine her." Id. at 1132. The lesson? Speak up. Make objections. Make unqualified requests to cross-examine. But there's more. In Binette, husband never forthrightly said he wished to testify. Accordingly, "the right to live testimony may be forfeited." Id. at 1127. The lesson? For heaven's sake, make a forthright request to testify at the 217 hearing if that's what you want.

The party wishing to cross-examine the declarant at the Section 217 hearing must secure the declarant's presence at that hearing. This is the unanswered question of Swain now answered by George. So, dust off your subpoenas and notices to appear. There remains a very limited exception for a case like Swain where, recall, husband was not served with the updated I&E and saw it for the first time at the hearing and thus had no opportunity to secure wife's appearance at the 217 hearing.

In conclusion, the new rules of engagement in Section 217 hearings seem very much like the rules lawyers have long lived by: Speak up timely and clearly as to what you want and as to your objections. Protect your record. And take responsibility for bringing witnesses to court.