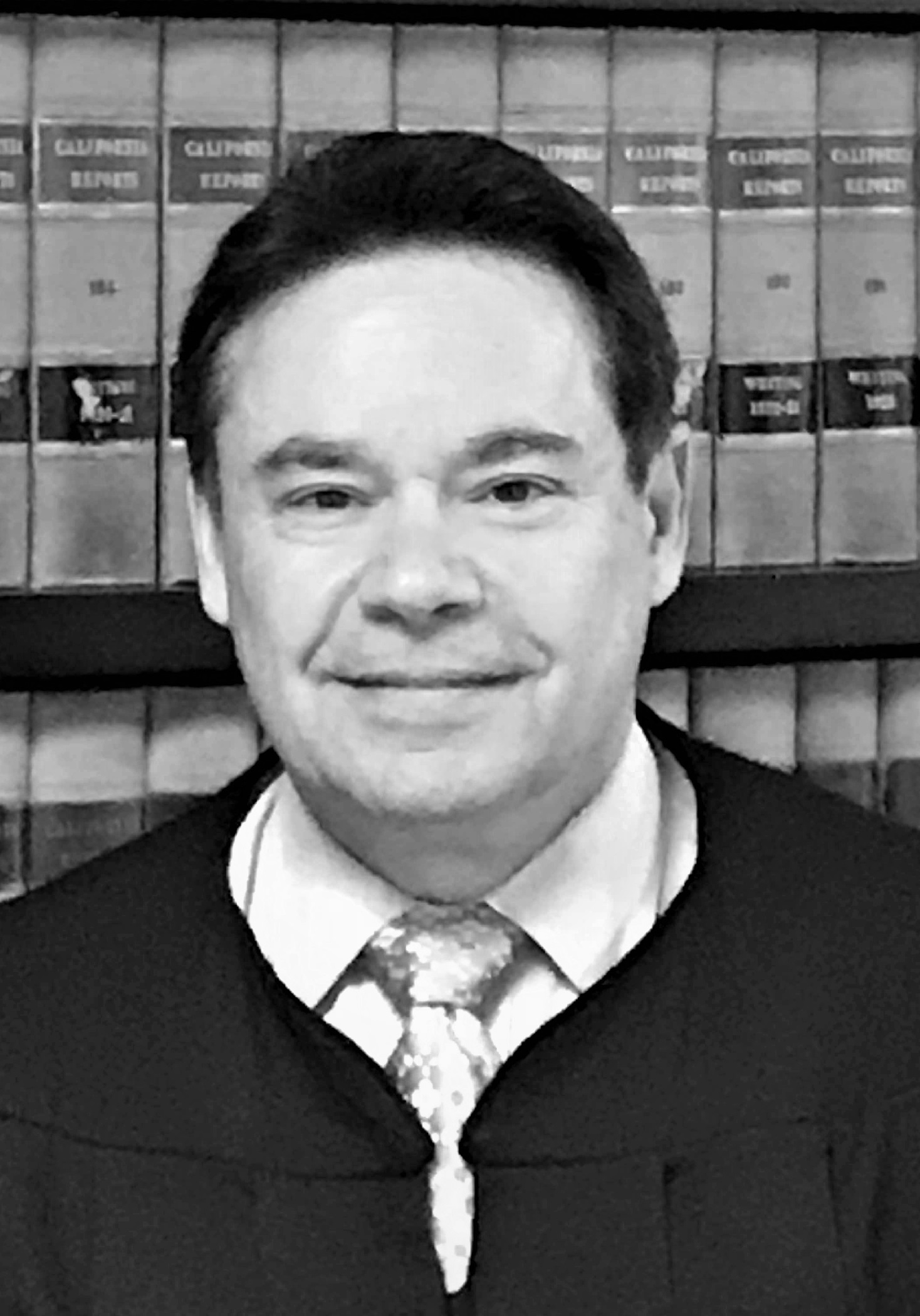 Character evidence is defined as an individual's tendency — or propensity — to act in a certain way on a particular occasion. People v. McAlpin, 53 Cal. 3d 1289 (1991). Unless specifically authorized by statute, evidence of a person's character cannot be admitted for propensity purposes; that is, "when offered to prove his or her conduct on a specified occasion." Evid. Code Section 1101(a); People v. Hovarter, 44 Cal. 4th 983 (2008).

The rationale for evidentiary exclusion is not founded on lack of relevance but instead based on principles of prejudice, specifically due to the evidence's relatively minimal probative value, tendency to divert the trier of fact from the main question, cause confusion of the issues and "require extended collateral inquiry." Bowen v. Ryan, 163 Cal. App. 4th 916 (2008); Evid. Code Section 1101, Comments. Evidence that a person is a competent or skilled professional, or the contrary, is inadmissible to prove he or she was negligent on a particular occasion. Hinson v. Clairemont Community Hospital, 218 Cal. App. 3d 1110 (1990). Accordingly, it is improper for a verdict to rest on the supposition that "because he did the same thing before he probably did it again." See, e.g., Beyda v. City of Los Angeles, 65 Cal. App. 4th 511 (1998). Similarly, character evidence with respect to a person's care or skill is inadmissible to prove the quality of his conduct on a specified occasion in civil cases. Evid. Code Section 1104.

Purposes and Methods of Proof of Character Evidence

When character is admissible, it may be introduced in one of three forms: (1) reputation evidence (i.e., how a person is generally perceived by members of a community); (2) opinion evidence (i.e., how a person is regarded by the witness who has direct knowledge of the person's character); and (3) specific instances of conduct (i.e., how the person acted on a specific occasion apart from the current offense). Evid. Code Section 1100. As discussed below, character evidence is relevant in civil cases when:

- Character or trait of character is a material issue, or the ultimate fact in dispute;

- Offered as circumstantial evidence of conduct in conformity with character or trait of character;

- Offered on the issue of witness credibility; or

- Offered for a non-propensity purpose.

The critical consideration, however, is whether the subject character trait is an essential element of the cause of action, claim or defense in the litigation. Evidence Code Section 1100 allows all three categories of character evidence — reputation, opinion or specific acts — to be used to prove a character trait as a material issue or ultimate fact in the case. Federal law is in accord with this proposition. FRE 405. Although these scenarios are relatively rare, they may arise in wrongful termination, libel and slander, negligent entrustment, and child custody and dependency actions. See, e.g., Pugh v. See's Candies, Inc., 203 Cal. App. 3d 743 (1988) (wrongful termination); In re Dorothy I., 162 Cal. App. 3d 1154 (1984) (child dependency); Allen v. Toledo, 109 Cal. App. 3d 415 (1980) (negligent entrustment).

As previously noted, character evidence is typically inadmissible to prove conduct on a specific occasion in conformity with the character trait. Evid. Code Section 1101(a). However, evidence of habit or custom in civil cases is distinguishable from such impermissible character evidence. Character evidence demonstrates a tendency to act in a particular way under certain circumstances. By contrast, habit or custom can be defined as a regular or identical response to a repeated specific situation, "thus indicating that the doing of the act is semi-automatic." Webb v. Van Noort, 239 Cal. App. 2d 472 (1966); this is consistent with federal law, FRE 406. Thus, any otherwise admissible evidence of habit or custom is admissible to prove conduct on a specified occasion in conformity with that habit or custom. Evid. Code Section 1105; Snibbe v. Superior Court, 224 Cal. App. 4th 184 (2014). Admittedly, "the line between section 1104 and section 1105 may sometimes be a thin one." Dincau v. Tamayose, 131 Cal. App. 3d 780 (1982). Evidence of habit can be proven by the testimony of a person who observed the particular acts often enough to be credible and reliable. See, e.g., Lucas v. Hesperia Golf & Country Club, 255 Cal. App. 2d 241 (1967) (association member's renewal notice mailed in accordance with the custom and practice of the association's procedure in mailing yearly renewal membership notices).

Unless prohibited by statute, in determining witness credibility, the trier of fact may consider any matter that has any tendency to prove or disprove the truthfulness of the witness's testimony. Evid. Code Section 780. Furthermore, a witness's credibility can be attacked and supported by any party, including the party calling the witness. Evid. Code Section 785; Matthews v. Superior Court, 201 Cal. App. 3d 385 (1988). The following evidence is precluded on the issue of witness credibility:

- A witness's religious convictions or beliefs, or lack thereof, but inquiry into whether membership in a certain faith may create bias is permissible. Evid. Code, Section 789; Drake v. Dean, 15 Cal. App. 4th 915 (1993).

- Character traits other than honesty or veracity, or their opposites. Evid. Code Section 786.)

Evidence of a witness's good character for truth or veracity cannot be introduced to support credibility unless evidence of bad character has been admitted to attack his credibility. Evid. Code Section 790. Any prior felony conviction is admissible to attack the credibility of a witness, unless a pardon or certificate of rehabilitation has been granted or the conviction has been dismissed under Penal Code Section 1203.4. Evid. Code Section 788; Piscitelli v. Salesian Society, 166 Cal. App. 4th 1, 6-7 (2008). Although unsettled whether California Supreme Court case precedent concerning impeachment with felony convictions in criminal cases is relevant in civil cases, it appears that courts may apply the principles of these decisions in structuring a protocol for its balancing analysis under Evidence Code Section 352. See Robbins v. Wong, 27 Cal. App. 4th 261 (1994). The court upon request may instruct the jury as to how it may construe the felony conviction. See CACI 211; BAJI 2.24.

Character evidence may be introduced for non-propensity purposes as enumerated in Evidence Code Section 1101(b). Evidence that a "crime, civil wrong, or other act" was committed is not prohibited when relevant to proving a fact other than disposition to act in a particular manner, such as to prove motive, intent, knowledge, opportunity, absence of mistake or accident, identity and common plan or scheme. To be admissible, the other purpose must be relevant and sufficiently similar to the conduct in the present controversy. See People v. Balcom, 7 Cal. 4th 414 (1994). Moreover, acts admissible under Evidence Code Section 1101(b) may occur subsequent to the act at issue but must be proved exclusively by specific acts evidence. People v. Leon, 61 Cal. 4th 569 (2015). Federal law also similarly permits character evidence for a purpose other than to establish propensity. FRE 404(b)(2).

Under Ewoldt, to establish identity the other act and the fact in dispute must share common features sufficiently distinctive so as to support the inference that the same person committed both acts — their pattern and characteristics must be so unusual and distinctive as to be "like a signature." See, e.g., Hassoldt v. Patrick Media Group, Inc., 84 Cal. App. 4th 153, 165 (2000) (acts insufficiently similar to prove identity of person who tortiously trimmed tree on plaintiff's property).

According to Ewoldt, when using evidence of other acts to prove common design or plan, the similarity between the other act and the act at issue must demonstrate a concurrence of common features such that the various acts are naturally to be explained as caused by a general plan of which they are individual manifestations. The common features must indicate the existence of a plan rather than a series of similar spontaneous acts, but the plan revealed need not be distinctive or unusual. Leon; see, e.g., Bowen (other incidents of violence against dental patients insufficiently similar; acts were spontaneous rather than ones occurring as part of a common scheme).

When other acts are used to prove intent, they need only be sufficiently similar to support the inference that the individual probably had the same intent in both instances. (People v. Soper, 45 Cal. 4th 759 (2009); see, e.g., Hub City Solid Waste Services, Inc. v. City of Compton, 186 Cal. App. 4th 1114 (2010) (prior acts and conduct at issue sufficiently similar to support inference that same intent harbored to obtain government contracts through payments to public officials).

Due to the potential for undue prejudice, consumption of time and risk that a party may be compelled to defend against an allegation of misconduct that has yet to be adjudicated, courts will conduct an Evidence Code Section 352 balancing analysis before admitting Evidence Code Section 1101(b) evidence. Moreover, when such evidence is admissible for one purpose, but inadmissible for another purpose, the court must give a limiting instruction on request. Evid. Code Section 355; see, e.g., CACI 206.