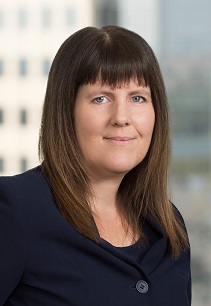 While we live in an age with unprecedented access to social media platforms that allow mass communication with both friends and strangers, the perils for attorneys who use social media as a means of communication are widening. The issue is compounded by the speed at which information is disseminated, and increasing pressure for attorneys to have an online presence. Despite the benefits that come with the ability to connect online, there are numerous pitfalls as online postings come up against ethical rules regulating attorney advertising, confidentiality, communications with represented parties and duties to the court.

As far back as 2012, the California Bar's Committee on Professional Responsibility and Conduct issued an ethics opinion concluding that social media posts could be considered "communications" under the rules of professional conduct governing attorney advertising if they related to the attorney's availability for employment. See California State Bar Formal Opinion 2012-186. While the committee found that not every social media post, such as links to legal articles or generic statements about a victory in court, could be considered a communication concerning availability for employment, the line gets murky quickly. For example, a post which references a good result and then encourages readers to check out the attorney's website or asks "who's next?" would cross the line into advertisement and must be labeled as such. Moreover, the addition of the phrase "who's next?" beside a post touting a recent victory could be construed as a guarantee or warranty about a particular outcome, which is expressly forbidden under Rule of Professional Conduct 1-400(E)(1).

Client confidentiality is another area where social media creates a trap for the unwary. Under Business and Professions Code Section 6068(e), attorneys must maintain client confidences inviolate. The duty of confidentiality has been interpreted to be broader than the attorney-client privilege and to include even publically available information that the client might find embarrassing. See Rule of Professional Conduct 3-100, n.2 and In the matter of Johnson, 4 Cal. State Bar Rptr. 179 (2000).

Thus, attorneys who blog or post about cases they are or have been involved with face myriad potential dangers. For example, an attorney may not post a case result on its website without client approval, even if the case resulted a victory for the client. The facts and circumstances underlying the suit, or in some cases even the fact that a lawsuit was brought in the first instance, may be embarrassing to the client. Moreover any such disclosure must include a disclaimer stating that the result in a particular matter does not constitute a guarantee of a particular result in another matter under Rule of Professional Conduct 1-400(E)(2).

An attorney may be tempted to disclose client confidences when confronted with negative comments or reviews from a client or former client online. While a lawsuit by a client waives the attorney-client privilege to the extent necessary for an attorney to defend the suit under Evidence Code Section 958, there is no similar waiver when a client voices complaints online. See Los Angeles County Bar Association Formal Opinion 525 (2012) and San Francisco County Bar Association Formal Opinion 2014-1. The Los Angeles County Bar Association concluded that an attorney's duty of confidentiality prohibits an attorney from publicly discussing confidential information in order to respond to a negative review. Unlike a court proceeding where the Evidence Code provides an exception to attorney-client privilege in response to a client's complaint, there is no corresponding waiver from ethical rules provided for an online complaint. Both the San Francisco and Los Angeles Bar Associations have concluded that a general response that is narrowly tailored to address the complaint and does not reveal any client confidences would be permissible. However, given the broad duty of confidentiality in California, any public response is fraught with danger.

While social media has made it easier to investigate the background of adverse parties, attorneys also have to be mindful of breaching ethical rules which prohibit communications with an adverse party. While an attorney may view information publicly posted by an adverse party just as any member of the public, under Rule of Professional Conduct 2-100, an attorney cannot directly or indirectly communicate with a party who is represented by counsel on matters related to the representation. See San Diego County Bar Association Legal Ethics Opinion 2011-2. The San Diego County Bar Association concluded that sending a "friend" request to a represented party in order to access private social media for purposes of litigation constituted a communication in violation of the rule. In an unpublished decision, a New Jersey appellate court recently dismissed a suit by two attorneys charged with discipline which sought to set aside the charges based on jurisdictional grounds. Robertelli v. New Jersey Office of Attorney Ethics (2015 N.J. App.). The attorneys were charged with numerous violations of ethical rules associated with their actions of having a paralegal "friend" an adverse party on Facebook, including rules regarding communication with a represented party, conduct involving fraud and dishonesty and conduct prejudicial to the administration of justice.

Using social media as a platform to try to influence the public or the court also runs afoul of ethical rules. In 2015, the Louisiana Supreme Court disbarred an attorney for posts on Twitter which commented on ongoing Mississippi and Louisiana court proceedings to terminate a father's parental rights for alleged sexual abuse. In re Joyce Nanine McCool (La. 2015) Case 2015-B-0284. The attorney's tweets disparaged the judges involved, accused the judges of not considering evidence that was never submitted, solicited signatures for an online petition, and encouraged followers to call the courts to express their outrage and concern over the case. The attorney was charged with numerous violations of ethical rules including trying to influence a judge through unlawful means, communicating with a judge through others on pending matters, engaging in fraud or dishonesty and conduct prejudicial to the administration of justice. Although the attorney claimed a First Amendment right to discuss her outrage over the public proceedings, the Supreme Court disagreed, noting that her conduct violated numerous ethical rules.

Social media can be a great resource for investigating parties and witnesses, forging a brand and promoting a practice. However, great care must be used to assure communications comply with the attorney's ethical obligations in every respect.

When duties of candor and confidentiality collide

You’ve lost your client. Now what?

How not to be a lawyer