The admissible record of conviction 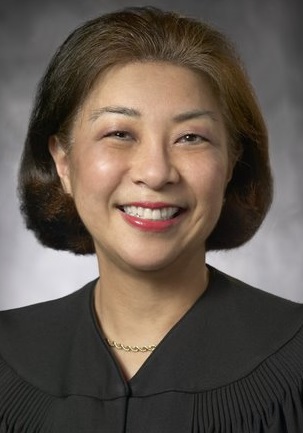 The objective of this article and self-study test is to review what constitutes part of the record of conviction which is admissible to prove serious felony priors. Readers will learn about the types of cases where only the record of conviction can be used to prove a prior, the various forms and documents which are considered admissible parts of the record, and what cannot be considered to prove a prior.

Cases Where the Limit Applies

In proving a defendant personally inflicted great bodily injury, or used a weapon in a prior offense, or when the crime originated from outside California, the rule of law is that "if the prior conviction was for an offense that can be committed in multiple ways, and the record of the conviction does not disclose how the offense was committed, a court must presume the conviction was for the least serious form of the offense." People v. Delgado, 43 Cal. 4th 1059 (2008). Under Delgado, where the mere fact of conviction does not prove a serious felony allegation, otherwise admissible evidence from the entire record of conviction may be examined to resolve the issue. Accord People v. Miles, 43 Cal. 4th 1074 (2008).

The California Supreme Court thus held that in determining whether a prior "qualifies as a prior serious felony conviction under California law, the trier of fact may look to the entire record of the conviction but no further." People v. Woodell, 17 Cal. 4th 448 (1998) (emphasis added). The court found that this limit on what can be used to prove a prior promotes efficient trials and is fair because, "it effectively bars the prosecution from relitigating the circumstances of a crime committed years ago and thereby threatening the defendant with harm akin to double jeopardy and denial of speedy trial." People v. Guerrero, 44 Cal. 3d 343 (1988). Although the focus of this article deals with proving prior serious felony prior convictions, it has also been held that the limit to reviewing the record of conviction also applies to determining if a three-strikes defendant is eligible for resentencing under Penal Code Sections 667(e)(2)(C)(iii) and 1170.12(c)(2)(C)(iii). See People v. Arevalo, 244 Cal. App. 4th 836 (2016).

Scope of the Limit

Regarding the first question, although no exact definition has been offered by the Supreme Court, it appears the record of conviction only includes "those record documents reliably reflecting the facts of the offense for which the defendant was convicted." People v. Reed, 13 Cal. 4th 217 (1996); see People v. Houck, 66 Cal. App. 4th 350 (1998); People v. Roberts, 195 Cal. App. 4th 1106 (2011). Hence, as pointed out by Woodell, determining what is and what is not part of the record is done on a case-by-case basis.

Documents Which Are Admissible as Part of the Record

The admissible record of conviction includes, but is not limited to, the following items:

* Preliminary hearing transcript. Reed. The court in Reed held that hearsay in the transcript, when defendant subsequently pled guilty prior to a trial, was admissible as an exception to the hearsay rule as prior recorded testimony of a legally unavailable witness pursuant to Evidence Code Section 1291.

* Defendant's admission on a Boykin/Tahl change of plea form and sentencing transcript. People v. Smith, 206 Cal. App. 3d 340 (1988). Also if the admission is in a change of plea transcript, it is part of the admissible record. People v. Arbaca, 233 Cal. App. 3d 1347 (1991). An admission of a prior conviction allegation admits all elements of the prior conviction and all elements of offenses necessarily included in the prior conviction offense. People v. Watts, 131 Cal. App. 4th 589 (2005). However, "a guilty plea to a violation of a criminal statute ... containing statutorily specified, alternative kinds of conduct" is not an admission "that the defendant committed each kind of conduct." People v. Cortez, 73 Cal. App. 4th 276 (1999) (emphasis omitted).

* The transcript of any hearing on a negotiated plea. Delgado.

* Factual statement given by the prosecutor at the time of the defendant's plea, if agreed to by defendant or defense counsel. People v. Sohal, 53 Cal. App. 4th 911 (1997) (held to be admissible as an adoptive admission by a party).

* Arraignment or bail reports prepared for the court. People v. Lewis, 44 Cal. App. 4th 845 (1996) (the document is admissible only if the facts therein are admissible as hearsay exceptions).

* Appellate court record and appellate opinion. Woodell (the appellate court's opinion can be relied upon to determine the nature of a prior conviction because it may disclose the facts upon which the conviction was based).

Not Admissible as Part of the Record

The following are not part of the record of conviction, or are not admissible under the rules of evidence:

* Hearsay statements of a victim or a witness in a probation report. Williams.

* Statements by the defendant, the defendant's attorney, and his wife in a post-plea sentencing hearing. Roberts (not part of the record of conviction, citing Trujillo).

* Out-of-state prison commitment to custody form. People v. Rhoden, 216 Cal. App. 3d 1242 (1989) (the court deemed the document to be an intake and classification report used for prison administrative purposes only).

* Preliminary hearing transcript if the defendant subsequently went to trial on the prior case. Houck (held to not be a reliable record of conviction).

* Hearsay related by a peace officer witness pursuant to Proposition 115 in a preliminary hearing transcript. People v. Best, 56 Cal. App. 4th 41 (1997) (held to be inadmissible hearsay to prove the prior).

* Prosecutor's comments occurring immediately after the court accepted defendant's guilty plea. Roberts (prosecutor's statements were inadmissible hearsay, because the "defendant's failure to deny the prosecutor's recital of the alleged facts supporting the ... conviction was not an adoptive admission of those facts").