To paraphrase Obi Wan Kenobi, in the hands of unscrupulous and unethical attorneys, legal billings can be a wretched hive of scum and villainy. 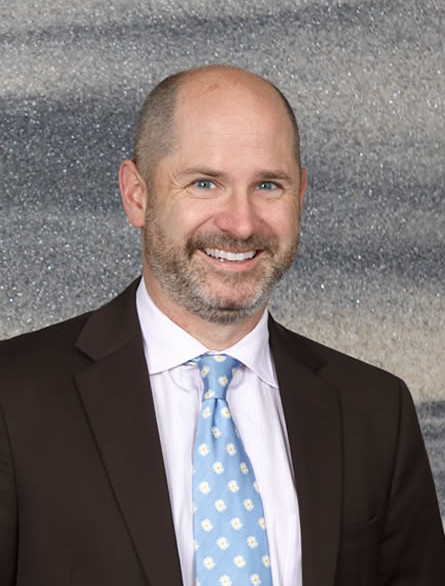 Brandon is a certified Legal Malpractice Specialist and his practice focuses on the handling of legal malpractice claims and fee disputes. He is a current member of the State Bar of California's Committee on Professional Responsibility and Conduct (COPRAC) and is a member and the immediate past chair of the Los Angeles County Bar Association's Committee on Professional Responsibility and Ethics. The views expressed in this article are solely those of the author, and not the views of any committee.

To paraphrase Obi Wan Kenobi, in the hands of unscrupulous and unethical attorneys, legal billings can be a wretched hive of scum and villainy. But even the non-villainous among us can benefit greatly from reexamining and improving our billing practices.

Cynics delight in the claim that the very notion of ethical billing of attorney fees is an oxymoron. But many of us -- including those of us who litigate attorney-client fee disputes -- take a contrary view: Most lawyers work diligently and zealously for their clients, and are entitled to be fairly compensated for that work. Nevertheless, even well-intended lawyers are prone to billing habits and pitfalls which can jeopardize their ability to have their bills paid and which, even worse, can lead them into disciplinary hot water. Just as lawyers do well to observe best practices in avoiding legal malpractice disputes and liability, lawyers should review their billing practices to ensure ethical compliance, and improve collectability and client relations.

Lawyers must always bear in mind that an attorney-client engagement is a "fiduciary relation of the highest character." Neal v. Magana, Olney, Cathcart & Gelfand, 6 Cal. 3d 176, 189 (1971) (citing Cox v. Delmas, 99 Cal. 104, 123 (1893). Thus, billings to clients must be honest and accurate. Honesty is within our control, and as fiduciaries, must be our starting point. Accuracy is a goal we must strive for, and best practices can help.

Start with the Fee Agreement

It sounds elementary, but some attorneys bill their fees and costs in ways that are actually inconsistent with their own fee agreements. This can safely be classified as a Very Bad Idea. And to be clear, just because a billing term or costs item is identified in a fee agreement does not necessarily mean it is ethical or recoverable when billed. Concepts of reasonableness and unconscionability always apply. But to bill in a manner that is contrary to the requirements of one's own fee agreement is simply asking for trouble.

Any fee agreement subject to California Business and Professions Code Section 6148 must contain (among other requirements) the "basis of compensation including, but not limited to, hourly rates, statutory fees or flat fees, and other standard rates, fees, and charges applicable to the case" (Business & Professions Code Section 6148(a)(1)) and all bills "rendered by an attorney to a client shall clearly state the basis thereof." This includes "the amount, rate, basis for calculation, or other method of determination of the attorney's fees and costs." Business & Professions Code Section 6148(b). Lawyers ignore these requirements at their peril. A statutorily noncompliant contract is voidable at the election of the client, permitting the lawyer to seek only a quantum meruit fee. This is all consistent with the fiduciary nature of the attorney-client relationship: The lawyer's right to fees and costs must be must be fair, reasonable, and fully explained to the client (Alderman v. Hamilton, 205 Cal. App. 3d 1033 (1988)), and any ambiguities in the fee agreement will be construed against the attorney. Banning Ranch Conservancy v. Superior Court, 193 Cal. App. 903, 912 (2011).

One tip I've heard from several billing experts: reach out. After sending your first or second bill, speak with your client to ensure the bills makes sense to them -- see whether they have questions or want additional detail. This isn't just good client relations. It could be helpful evidence if a dispute should later arise.

A conscientious attorney will pay careful attention to crafting a clear and ethical fee agreement, and then will make sure to bill consistent with that agreement. (The State Bar provides useful example forms on its website)

There exist numerous billing practices which can impair a client's ability to evaluate or understand a bill, inflate the attorney's time, or hide bill padding. If a dispute arises, these sorts of billings are ripe for reduction or disallowance by finders of fact. Disfavored billing practices do more than just irritate or harm clients, they create risk for the lawyer.

Reconstructed (After-the-Fact) Billings. Contemporaneous time keeping tends to be the more accurate than after-the-fact reconstructions, and also tends to be more credible if a dispute arises. Just think about it: With what level of precision could you specify how long you spent on a phone call, drafting an email, or researching an issue, if you performed the work a month ago? Would you be accurate within one-tenth of an hour? The better practice is to record time when, or soon after, the work is performed. Contemporaneous time keeping is a best practice for all attorneys, not just those who bill their time hourly. Contingency counsel, if discharged, may be required to prove the quantum meruit value of the services they rendered in order to be paid, and contemporaneous time keeping is likely to provide the best evidence in support of their position.

Block Billing. Block billing is the "lumping" of numerous distinct tasks into a single billing entry, with a single time amount stated. By grouping the tasks together, and by failing to state the amount of time allotted to each task, block billing can make it impossible for a client (or trier of fact) to determine whether the amount of time spent on any particular task was reasonable or excessive. Block billing is disfavored and provides tribunals with discretion to institute reductions. A 2003 California State Bar Arbitration Advisory suggested block billings can warrant reductions of 10% to 30%, and a 2016 update of that Advisory noted that "the [mandatory fee arbitration] arbitrator's discretion is not limited to" that range. State Bar of California Arbitration Advisory 2016-02, "Analysis of Potential Bill Padding and Other Billing Issues." While block billing may be appropriate in some specific instances (i.e., a single time entry for "travel and attend deposition" may pass muster), generally avoiding block billing is a best practice that benefits the client, and if a dispute later arises, also benefits the attorney.

Value Billing. Euphemisms and fiduciary duties are not always a good paring. "Value billing" refers to the practice of billing clients for more time than was actually spent, because a lawyer has concluded that the services were "worth" more than the actual time worked would suggest. For example, if a lawyer has recently completed a complex research project for an earlier client, and the same issue later arises in a matter for a new client, the misguided attorney may feel justified in billing the second client for the "value" of the research project that had already been performed. After all, why should the second client get a windfall or freebie with respect to this valuable work? Caution: Ethicists and judges may apply another term for "value billing": fraud. Charging for work that was not actually performed is unethical and improper. An inability to collect for such billings may be the least of the lawyer's worries if the lawyer's dishonesty is exposed.

Minimum Time Increments. Most lawyers bill their time in tenths of an hour, an increment that is generally accepted as reasonable. However, some attorneys bill in minimum increments of .25 hours, or even larger amounts. Worse, some attorneys use these large minimum increments to vastly inflate their bills compared to the actual time worked. For example, if a lawyer were to bill in increments of .25 hours for four different phone calls that lasted only a few minutes each, the unscrupulous lawyer could magically convert 12 or 15 minutes of actual work into one full hour of billable time. If a dispute arises, large minimum time increments will be carefully scrutinized for such abuse. Remember, just because a term like this is contained in the fee agreement does not necessarily mean it will be enforced as billed.

Excessive Time, or Time Spent Correcting for the Lawyer's Own Errors. Many disputes arise where a client perceives that the attorney has billed an excessive or unreasonable time on certain tasks. This can be the result of poor communication or failure to adequately discuss what sorts of bills the client should expect from the outset. From a billing practice perspective, vague or undetailed time entries which fail to convey the specific work that was actually performed may create the impression of excessive or repetitive work. In resulting fee disputes, the amount of time billed will typically be analyzed to see if it was reasonable. For example, all the time spent working on a particular motion or pleading may be compared to the actual work product to assess whether the time spent and billed was reasonable. Perhaps there were legitimate reasons a task took longer than usual. Good attorney-client communication and clear, descriptive time entries can serve to educate a client and potentially avoid a fee dispute down the road.

Lawyers generally should not bill clients for time spent correcting their own errors and mistakes. If a dispute arises, such time is likely not recoverable, or will be significantly reduced. It is always a best practice to carefully review bills before they are sent to clients.

Where time spent on tasks seems excessive to the billing attorney, it is worth careful consideration or inquiry to determine whether circumstances warranted the amount of time spent, or whether some amount should be written-off.

This Is Not an Exhaustive List. As you may imagine, because lawyers are endlessly creative, we have only scratched the surface of potentially problematic billing practices. State Bar of California Arbitration Advisory 2016-02, "Analysis of Potential Bill Padding and Other Billing Issues," sheds additional light on this topic, and is well worth review by a conscientious lawyer. Before billing their clients, lawyers should carefully review their bills for accuracy, clarity, and reasonableness. The best attorney-client fee dispute is on that has been avoided altogether.

It benefits both the attorney and client to use best practices in billing. Honest, clear and reasonable billing might even go some distance toward improving the general public's perception of our profession. At a minimum, you will have the satisfaction of knowing you have faithfully done your part. Ethics surround us, and binds the legal profession together. I tend to think that if he hadn't had more important things to do, Obi Wan would have made an excellent fee arbitrator. As you craft your own best practices, trust your instincts, employ your sense of fairness, and steer clear of the dark side. 