A recent appellate ruling grants an advantage to attorneys caught up in fee disputes. 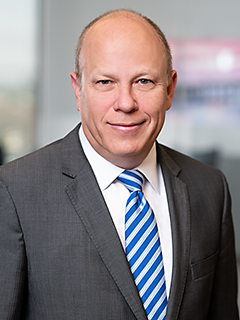 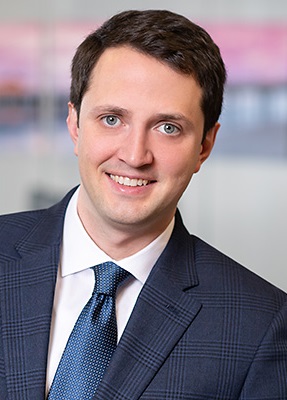 California Business and Professions Code Section 6148 sets out the requirements for hourly rate fee arrangements between lawyers and clients. Section 6148 also provides the penalty to attorneys who do not fully comply with its requirements. If a lawyer prepares a fee agreement that does not comply with Section 6148, rather than receiving fees calculated per the retainer agreement, the lawyer is entitled only to a reasonable fee. In many instances, the reasonable fee may be much less than the fee provided in the engagement agreement. Section 6148 does not address how a fee will be evaluated when the parties have entered a valid, compliant and enforceable fee agreement. Three decades after the State Bar of California's Committee on Mandatory Fee Arbitration noted this gap, the 2nd District Court of Appeal filled that void in its published decision in Pech v. Morgan, 2021 DJDAR 2263 (March 11, 2021).

Pech arose from a dispute concerning unpaid legal fees. After the trial court granted a writ of attachment in the attorney Pech's favor, Morgan appealed, asserting that the fees charged were not reasonable. The Court of Appeal noted that Section 6148 did not address the standard for reviewing legal fees where the parties had entered into a valid fee agreement. Relying upon an Arbitration Advisory Opinion prepared by the Committee on Mandatory Fee Arbitration in 1993 (Advisory 1993-02), the Court of Appeal found that where the attorney and client have entered into valid and enforceable fee agreement, the standard for recovering fees is one of unconscionability, not reasonableness.

Adopting the analytical framework from the Arbitration Advisory 1993-02, the Court of Appeal explained that when the parties have entered into a proper written fee agreement, the evaluation of the fees at issue begins with a review of the fee agreement. The first step is to ascertain whether the agreed fee is unconscionable under California Rule of Professional Conduct 1.5.

If the fee recited in the fee agreement is not unconscionable, the next step of inquiry is to evaluate the attorney's performance under the fee agreement. Recognizing that attorneys owe to their clients an obligation of good faith and fair dealing and fiduciary duties, the attorney's performance -- not the fees -- should be assessed under a standard of reasonableness. Whether the lawyer's performance was reasonable requires an evaluation of whether the lawyer used reasonable care, skill and diligence. Also critical to the analysis is whether the billings include unnecessary, duplicative or unproductive time or whether the charges result from the lawyer's negligence or lack of skill or diligence.

Granting latitude to lawyers and clients to enter fee agreements that provide for fees the market may not view as reasonable honors the language of Section 6148, so long as the lawyer ensures the manner in which the fees will be calculated and the nature of the services to be rendered are adequately disclosed to the client. On the other hand, lawyers who are less careful about ensuring transparency with their clients and compliance with the statutory requirements for fee agreements will be limited to a reasonable fee. To avoid a windfall for an improper fee agreement, the courts have held that a reasonable fee may not exceed the agreed contractual fees. Cazares v. Saenz, 208 Cal. App. 3d 279, 290 (1989).

By upholding evaluating valid fee agreements under an unconscionability standard, the Pech decision incentivizes clients who have fallen in arrears to look for defects in the fee agreement to avoid an agreed fee that exceeds a reasonable fee and to argue the attorneys' prior breach of the agreement. Clients' ability to contest fees by arguing that a resulting charge is, itself, not reasonable is sharply curtailed. Accordingly, lawyers should carefully review their fee agreements to ensure literal and technical compliance with Section 6148, and ensure invoicing adequately sets out the tasks performed and time spent in performing those tasks. In Pech, the court focused on the client's general failure to object to the attorney's invoices and repeated statements praising the attorney's work product to reject any post hoc arguments of over-billing or prior breach.

Attorneys who wish to ensure their right to the agreed fee must also ensure their fee agreements comply with other requirements, as well. In 2020, the Court of Appeal's published decision of Hance v. Super Store Industries, 44 Cal. App. 5th 676 (2020), held that a fee agreement that did not meet the requirements of Rule of Professional Conduct 1.4.2 (former Rule 3-410), because it did not disclose that counsel did not have malpractice insurance, was not valid, and, as a result, the lawyer was entitled only to a reasonable fee. Similarly, in Kallen v. Delug, 157 Cal. App. 3d 940 (1984), a case cited by Hance, the broad rule was set down that fee agreements that "violate the canons of professional ethics of an attorney may for that reason be void."

As such, it behooves attorneys to review and analyze each term of their fee agreements to not only ensure specific compliance with Business and Professions Code Section 6148, but also with the relevant Rules of Professional Conduct. That includes ensuring that all necessary disclosures, waivers, and consents comply with the rules set out therein.

In sum, the Pech decision grants attorneys embroiled in fee disputes with their past clients an undeniable advantage. However, that advantage only exists if the fee agreement is code-compliant, and by extension, compliant with the Rules of Professional Conduct. 