Our duty to uphold the rule of law includes supporting judicial safety. 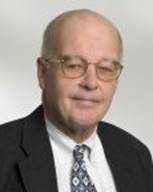 Jim is writing a book on President Trump and the Constitution.

Former Supreme Court Justice Sandra Day O'Connor once commented, "The freedom to criticize judges and other public officials is necessary to a vibrant democracy. The problem comes when healthy criticism is replaced with more destructive intimidation and sanctions." Recent violence against judges reminds us this coming Law Day (May 1) that her words ring truer than ever. And all of us, aided by Congress, have a duty to ensure their protection.

We witnessed first-hand the terror that can erode all institutions, including the judiciary and the rule of law, when we investigated murder cases in Northern Ireland during its 30-year conflict: "the Troubles." What is the boiling point when political hate causes increased violence against judges? Northern Ireland citizens had to live with the answer to that question. Twelve judges were murdered, including the province's second-most-senior judge. Many were Catholics who received an Irish Republican Army death sentence for participating in "a corrupt legal system." Not surprisingly, this forced many judges to live in remote locations with heavily secured homes, never knowing with certainty what an unexpected arriving car or knock on the door might bring.

What happens to the objective application of the rule of law when judges are concerned about their safety? After the Troubles, reviewing courts found a great many criminal convictions "unsafe," a legal term of art meaning these convictions were unreliable for legal or factual reasons. These unsafe decisions cast a dark shadow on judicial independence during the Troubles. Sound judgments can easily derail when judges fear they or their family might be killed.

Obviously, there are great differences between Northern Ireland and the United States. We broke with British colonial rule; we have robust First Amendment religious tolerance, not only in our Constitution but also in the everyday assumptions of our people. In the past few years, however, several key politicians have taken a large public hammer to our old, cherished, multifaceted American tolerance, and this is reflected in distrust of all institutions, including the judiciary.

Political expression is now regularly interlarded with hate speech. President Donald Trump led the chorus of judicial attacks declaring that judges were making the country unsafe and attacking one judge over his Hispanic background. Trump's attacks on the judiciary were constant, augmented with political dog whistles designed to sound neutral to the masses but hate inspired to their political base. He and his followers claimed these were required to "reform" the judiciary.

Public political hate now plagues our country. Neo-revolutionaries regularly appear on our televisions. Famous evangelical leader Reverend Rick Joyner recently called on Christians to arm themselves for an inevitable civil war against liberals, whom he suggests are "allies of the devil." The Southern Poverty Law Center is presently tracking 838 hate groups, including eight in the San Francisco Bay Area and 10 in Los Angeles. Encrypted channels used by hate groups recently expanded to 16,522 and are experiencing monumental growth in user traffic. These channels often attack judges.

Meanwhile, United States senators publicly defend the violent crowd that stormed the capitol on Jan. 6, some steadfastly refusing to support the police who tried to protect it. With no sense of shame, these same senators publicly call for "law and order judges." Wisconsin Sen. Ron Johnson even went so far as to claim the Jan. 6 insurrectionists "love their country and truly respect law enforcement." Where is our modern senatorial voice of reason to raise a national alarm about these dangerous senators as Cicero did to Catiline in 63 BC?

The current separation between hate and law is dangerously thin. The New York Times recently exposed links between congressional members and violent right-wing groups. Pro-Publica and Frontline are investigating this relationship. And this March, the Department of Defense announced it was working on identifying hate groups that were recruiting members from within the armed services. Thirty-three members of the capital riot were military veterans.

Not surprisingly, in this turbulent political atmosphere, the security of judges has reached a crisis stage. Five hundred and ninety-three out of 1,143 judges have been threatened, according to one 2019 survey. U.S. Marshals Service figures show that between 2015 and 2019, yearly incidents involving threats to federal judges and judicial staffers rose from 926 to 4,449. In June 2020, a drive-by shooter murdered a U.S. Marshal and wounded a second Marshal outside the federal courthouse in Oakland. The shooter charged was a member of the Boogaloo Bois, who have stated an intention to start a second civil war. Although most courthouses are designed to protect judges, that security is not fail-safe, and once they leave that protection they are even more vulnerable. Indeed, "60 Minutes" recently profiled a July 2020 incident when a lawyer pretending to be a deliveryman rang the bell of District Judge Esther Salas's house in New Jersey. Angered by her Latina woman identity, he shot and killed her 20-year-old son, and gravely wounded her husband, who survived.

Rather than coming to the legislative rescue, current Senate inaction is inexcusably compromising federal judges' security. Last December, it delayed the Judicial Security and Privacy Act, which would have made it harder to obtain personal information about federal judges and their families. Senator Rand Paul derailed the bill with an omnibus amendment that requested these privacy protections be extended to all members of Congress.

On Feb. 23, American Bar Association President Patricia Lee Refo wrote to the chairs and ranking members of the Senate and House Judiciary Committees asking them to take two steps to assure federal judges would be able to decide their cases without fear of physical harm. First, she asked that the committees examine whether existing federal laws were adequate to protect the safety of all persons involved in the federal judicial process. Second, she asked the committees to make supplemental funding available to update essential security equipment and staff for critical security programs. Lawyers need to support these requests.

As lawyers know, Article III of the Constitution created the federal judiciary. It is not an obscure section of a disfavored agency that senators can deny protection to at will. The federal courts' need for legislation and financial support for judicial safety has a constitutionally protected urgency not possessed by other parts of the federal government. Senators should not treat keeping judges safe as a political question. Independence of the judiciary includes making sure judges are protected and feel protected. Congress must take action to ensure this.

Overriding professional pressures could easily distract any lawyer reading this call to arms. However, for the sake of our profession, please send a short letter to the judiciary committee members addressed by ABA President Refo. Send a note to the president of your bar association(s). Lawyers have a professional obligation to uphold legal process and the rule of law (per our model rule of professional conduct). That must include adding our voices in support of judicial safety. Northern Ireland's history instructs us that to do otherwise puts our entire profession and our society at considerable risk. 