Two Cheers for the Boomers

The generation that came of age between the civil rights era and the Reagan revolution has had a profound impact on the practice of law. Much of it has been for the better. But so much more remains to be done. 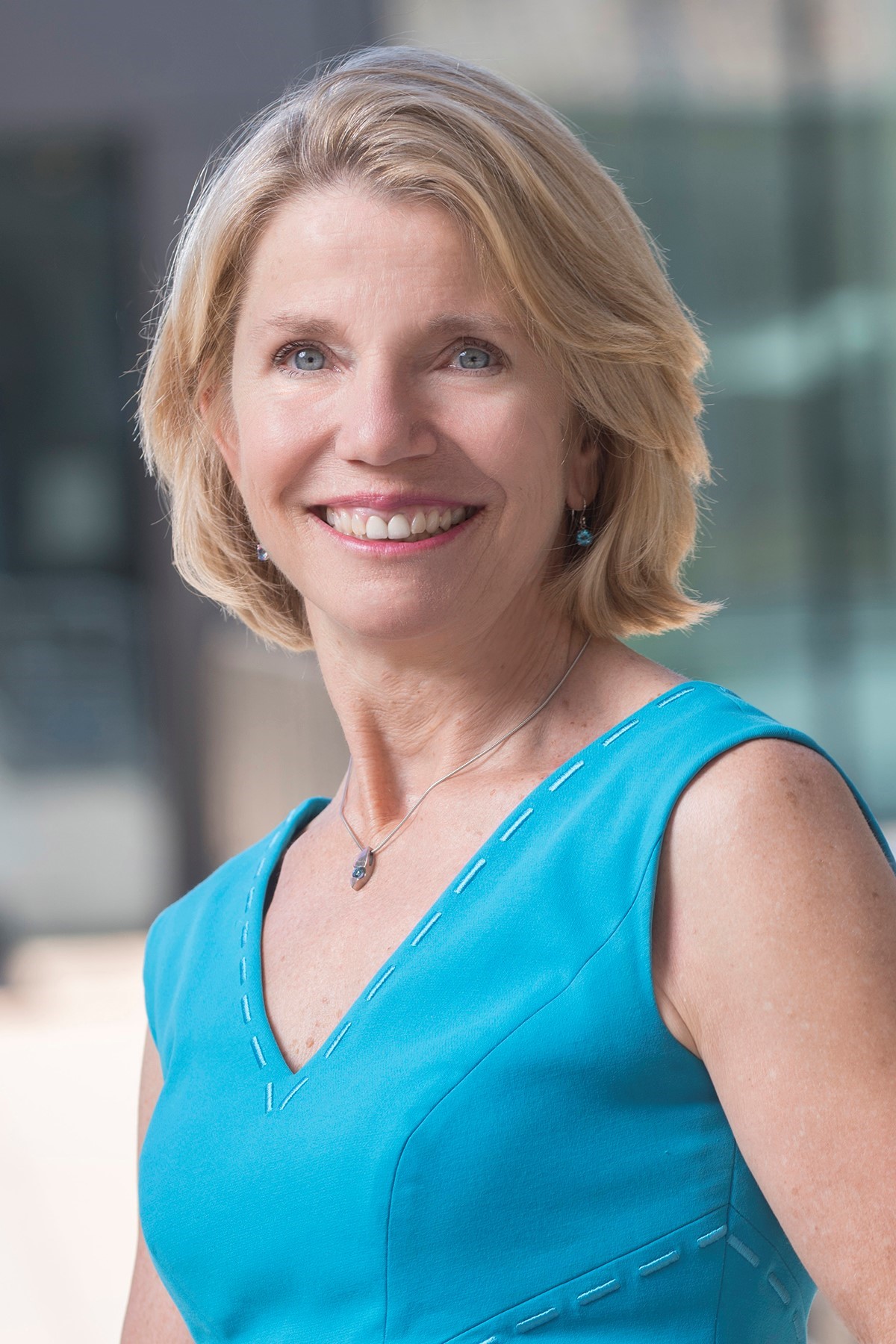 By Erwin Chemerinsky and Catherine Fisk

Few generations have had the idealism of the baby boomers in their youth, or the self-avowed goal of changing the world. Yet, as the first boomers reach retirement age, it's clear that many of those dreams went unfulfilled. If boomer lawyers are distinctive for their youthful high hopes, they are also remarkable for their failure to live up to them.
Achieving social change proved to be far more difficult than it seemed. For many, the quest for profits and wealth overwhelmed their idealism of earlier years. Others retained their idealism, but found their vision of law out of step with that of the conservative federal judiciary. (All but two of the U.S. Supreme Court justices sworn since 1968 have been selected by Republican presidents.)
The baby boom generation includes the 76 million individuals born in the United States between 1946 and 1964. Of course, it is dangerous to generalize about such a large group. The first wave of baby boomers, born between 1946 and 1954, were shaped by the civil rights movement, the Vietnam War, and the assassinations of John F. Kennedy, Martin Luther King, and Robert Kennedy. But the last wave came of age during a very different political era, with Ronald Reagan as president.
Still, some generalizations are possible. Baby boomers certainly changed both the demographics of the legal profession and the way law is practiced. Yet they did not change the fact that law is a business as well as a profession. In fact, by making it a much more lucrative profession, boomers helped make the law business less welcoming to differences.

Changing Demographics
The baby boom generation was the first to send a significant number of women to law school. In 1965, only 4 percent of students at ABA-accredited law schools were women, and in the entire country just 986 first-year students were female. By 2000, ABA-accredited schools enrolled 21,008 female students; 49 percent of first-years were female. And the share of women practicing law has also increased dramatically. In 1960, just 3.5 percent of lawyers were women, but today that share has climbed to 30 percent.
Law firms that in the 1950s routinely refused to hire women would now not dream of such policies. When Sandra Day O'Connor graduated at the top of her Stanford Law School class in 1950, law firms were interested in hiring her only as a secretary. Today, a woman with such credentials would likely have as many offers from law firms as she would care to seek.
What happens to her after she accepts an offer, however, is a less optimistic story. Far fewer women are partners in law firms today than the numbers would have predicted. For example, when the National Association of Women Lawyers surveyed 1,500 law firms in 2006, it found that only 16 percent of equity partners were women.
The most common explanation is that although boomers embraced feminism, in our culture women are still more often responsible for child care and elder care than are men. Twenty-five years ago, as the number of women entering the profession began to soar, it seemed inevitable that law firms would compete to attract women and family-oriented men by offering job sharing and reducing hours. There has been some accommodation, but not much. As a result, far more women than men leave law firms rather than try to balance billing 2,200 or more hours with family obligations.
For racial minorities, the situation is similar. The number of minority students at American law schools has increased substantially. Minority enrollment rose from 4.3 percent of all law students in 1969 to 13.1 percent in 1990. Yet the number of minority partners at law firms remains low: In 2006, only 5 percent of law firm partners were minorities?and the figure for minority women partners was only 1.5 percent.
The exodus of women and minorities from law firms before they attain partnership suggests that white women and minority lawyers of both genders are not getting or doing what it takes to compete.

Changing Economics
Boomers have made the private practice of law into big businesses. Mega-firms have developed through mergers and continue to grow. The number of billable hours expected of associates and partners has increased tremendously. It also takes longer to become a partner. Compensation for lawyers has grown exponentially during this period. And law firms, following a trend that has transformed every aspect of the American economy, have globalized, so that now many firms have partners and business overseas and represent foreign firms doing business in the United States.
Among the various changes in law practice that baby boomers have experienced, perhaps none is as great as the technological innovations of the Internet and the BlackBerry. In exchange for their generous compensation, many lawyers are now tied electronically to their work and clients 24/7/365. A law practice that stretches across many time zones only increases the possibility that lawyers will be expected to work around the clock. This would have horrified the lawyers of 50 years ago, and contributes to the sense that baby boomers are likely the best-paid but least-happy generation of lawyers so far.

Public-Interest Law
Many boomers were inspired to attend law school by the successes of the civil rights movement in the courts. Motivated by men such as Thurgood Marshall and women such as Constance Baker Mottley, many believed in the lyrics of Crosby, Stills, Nash, and Young: that we could change the world?and law was going to be our vehicle.
The result was the creation of many new public-interest organizations, of both liberal and conservative bent: the Center for Constitutional Rights and People for the American Way on the left, and the Washington Legal Foundation and the Pacific Legal Foundation on the right. And the legal staffs of long-standing organizations such as the American Civil Liberties Union expanded tremendously in the past few decades.
The public-interest law movement has also racked up countless successes. For example, Innocence Projects across the country have helped exonerate more than 200 innocent people who had been sentenced to death. And groups such as the Natural Resources Defense Council, the Sierra Club, and Citizens for a Better Environment have transformed both the law and the public's attitude toward protecting the environment.
Still, for the past 25 years constitutional litigation has been more about holding on to civil rights rather than advancing them. There have been notable areas of improvement, such as in gay and lesbian rights. But in other areas, such as racial equality, it is hard to point to measurable achievements.
And for all of the great ambitions of the baby boom generation, study after study has shown that relatively few lawyers at law firms do pro bono work. In part, the demanding economics of law practice may have forced this ideal to give way to the bottom line.

Legal Education
The arrival of baby boomers in law schools in the 1960s and '70s?as students and later as faculty?brought about many changes in legal education.
Law school curricula and especially legal scholarship are far more interdisciplinary today than they used to be. Every law school now has faculty in areas such as law and economics, law and philosophy, and law and psychology. And an increasing number of law professors also have PhDs in other disciplines. This certainly influences how students are taught, and it has dramatically changed the nature of legal scholarship?making it more theoretical and less focused on legal doctrines and court decisions.
The baby boom generation also instituted programs to help law students pursue public-interest careers. Most law schools now have fellowship programs that subsidize students' public-interest work. And many have loan-forgiveness programs and fellowships.
Nevertheless, in many ways, law schools remain remarkably unchanged. Students take largely the same courses in their first year as they did generations ago. And though there has been a great increase in the number of legal clinics in law schools, most students still graduate without participating in one.

Not Done Yet
Boomer lawyers, who set out to do so much, have accomplished only some of their agenda. But those born in 1964, at the tail end of the era, won't reach age 70 until 2034. And many of the early boomers will work into their seventies. So there are still many years left for the generation to make its mark.