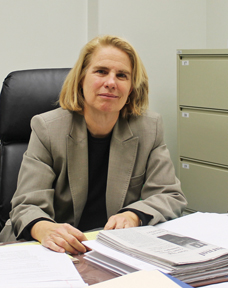 The next dispute over the Private Attorneys General Act? Whether aggrieved workers have the right to two trials: One for their PAGA claims, and one for their non-PAGA claims.

Their desire for a 2nd trial follows a two-week PAGA bench trial that ended with Jones effectively ruling for McDonald's.

McDonald's has cried foul. Their lawyers argue that plaintiffs' novel legal theories amount to no more than wanting a proverbial second bite of the apple.

Still, lawyers were not ready to discount plaintiffs' attorney Michael Rubin of Altshuler Berzon LLP getting a 2nd trial, or complicating the reach of a PAGA statute that has confounded neutrals, judges and even lawyers who bring and defend against PAGA cases.

Jones is expected to rule in early 2018 on the matter, with a status conference scheduled then.

"It is uncharted territory," said William C. Sung, partner at Lewis Brisbois Bisgaard & Smith LLP. "PAGA trials are so rare that there is no standard as how to try them, and judges and attorneys alike are proverbially inventing the wheel as they go."

PAGA, which deputizes aggrieved employees to act as attorneys general pursuing civil fines for labor code violations on behalf of the state, has not entered the lexicon outside of California's employment legal community.

The U.S. Supreme Court still has not accepted review of a PAGA-centered case. There is not even a Wikipedia entry for the "PAGA" acronym (the only "PAGA" result is a region in northern Ghana that features a sacred crocodile pond).

But the 2004 law has moved center stage in not just appellate employment cases, but the bread and butter work of trial court judges, and neutrals brought on to settle cases, or adjudicate disputes in which each side signed an arbitration contract.

The state Supreme Court's 2014 Iskanian decision found that employees have a right to adjudicate PAGA claims on a representative basis, even if they signed a contract binding them to individual arbitration claims.

In Iskanian, the majority found that PAGA enforcement is a public policy matter, citing that plaintiffs must turn over to the Labor and Workforce Development Agency 75 percent of any fines they collect.

Crucially, the Iskanian majority left the door open for jurists to determine how to manage PAGA claims.

Since Iskanian, California courts have visited numerous PAGA issues of first impression including discovery rights, the intermingled roles of judges and neutrals, and whether PAGA creates a substantive right or is just a procedural mechanism.

It increased cases with a PAGA claim on top of wage and hour claims, Schwartz said. Also, Schwartz observed, Iskanian produced bifurcated employment disputes in which a judge handles PAGA claims, and a neutral takes on non-PAGA claims, which are usually mediated or arbitrated individually.

"I have now seen separate proceedings in separate places," Schwartz said. "It is happening quite a bit."

In the case before Jones, though, Maria Sanchez and the other overnight workers who sued McDonald's never signed arbitration contracts. That means the court has handled all aspects of the case. Sanchez et al. v. McDonald's Restaurants of California Inc. BC499888 (filed Jan. 24, 2013, L.A. County Super. Ct.).

In Sanchez, Jones whittled down a larger wage and hour case to one major overtime claim and derivative allegations.

Jones in April granted plaintiffs' motion for summary judgment, as she found McDonald's liable for state labor law violations committed against a certified class of workers. The judge next bifurcated the case between a bench trial regarding overtime fines under PAGA, and a possible jury trial to settle non-PAGA claims.

There is no appellate law stating it is for a judge, and not a jury, to preside over a PAGA trial. But that is typically what happens, according to Cheryl D. Orr, partner at Drinker, Biddle & Reath LLP.

"PAGA provides for civil penalties, not damages," Orr explained. "PAGA created what are essentially law enforcement actions litigated on behalf of the state by private attorneys' general. There is no historical precedent for a jury trial in this type of action."

By appearances the late spring bench trial was a convoluted affair. Jones interrupted marathon presentations of what McDonald's owed workers with numerous questions, and compared the dispute to the movies of French New Wave pioneer Francios Traffaut.

Jones's statement of decision issued in July was clear.

The judge agreed with McDonald's lawyers from Jones Day, including lead counsel Michael J. Gray, that the restaurant's overtime violations were not nefarious but a quirk of the company's decades old timekeeping system.

As to how much McDonald's was liable for, Jones copied and pasted the numbers of defendant's own expert witness, Paul White, that the company owed $55,471 in unpaid wages, plus interest, and $700,270 in PAGA overtime penalties dating back to 2009.

Those numbers tally up to $772,000, in a case for which plaintiffs' lawyers sought an eight-figure return.

Instead of appealing, Rubin with lawyers at Altshuler Berzon, plus attorneys at Cohen Milstein Sellers & Toll PLLC and Matern Law Group PC,have posited that a jury should assess how much damages McDonald's owes workers over the last eight years.

The plaintiffs' lawyers say that Jones exceeded the PAGA trial's scope. The PAGA statute of limitations is one year prior to when a lawsuit is filed,

"When she bifurcated it seemed odd to me, or at least unorthodox," Kingsley said. "PAGA claims go back one year; wage and hour claims three years."

Another loose end is that the court has not dealt with workers' penalties after Feb. 28, the cut off for who was included in the PAGA trial.

Finally, in backing their novel argument, plaintiffs' attorneys have offered up the oldest of assertions: McDonald's workers are constitutionally entitled to a jury trial.

McDonald's brief, meanwhile, accuses plaintiffs' counsel of seeking to re-litigate what Jones has already determined, and it notes that Rubin never stated these objections before, during, or after the PAGA trial.

The facts of Sanchez, namely that Rubin waited to assert his clients rights to a jury trial, could cause Jones to reject the jury trial demand. "In my view it is fairly damning," said Sung, the Lewis Brisbois defense lawyer. "He is having buyer's remorse," Sung added.

But, according to plaintiffs' lawyers interviewed, McDonald's position seems motivated more by the bench trial's results than a long-term legal theory on PAGA trial management. "Being cynical, if defense were successful, maybe they would want a jury trial," Schwartz said.

Schwartz added that defense's position is "results-oriented" and that however Jones decides could trigger unintended consequences in future cases.

One consequence could be bleeding PAGA claims, which most lawyers agree to be equitable and purview of a judge, with non-PAGA claims, or legal remedies with damages that a jury must consider.

Glenn Danas, a plaintiffs' lawyer at Capstone Lawyers APC who has successfully argued numerous PAGA cases before the Supreme Court, including Iskanian, said that Rubin could have a valid legal theory.

"I think that bifurcation is required given that PAGA is clearly equitable and class claims are legal," Danas said.

Besides Jones' statement of decision, little has been clear about Sanchez.

Plaintiffs brought the case as part of a triage of lawsuits against McDonald's meant to forward joint employer liability that is the theory that a corporate parent bears liability for a subsidiaries' violations. Like so much else in California employment law, including the stalled misclassification cases against Uber Technologies Inc. and other sharing economy lawsuits, the litigation has boiled down to PAGA.

"There is just a lot of uncertainty under PAGA," said the defense lawyer McLaughlin. "And that creates risks."