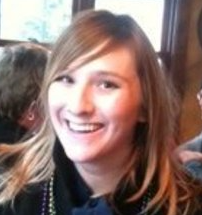 By Andrea Papagianis-Camacho
As San Diego's iconic landmarks continue to evolve, many lessons can be learned from large-scale development projects on government-owned lands that are shaping the city's diverse communities.

The developers of two local legacy projects, Liberty Station and Seaport Village, recently sat down with Commercial Real Estate Women (CREW) San Diego at THE LOT Liberty Station, a fusion of cinema, café bar and restaurant, to discuss the tangle of regulations, outreach and unique issues their projects have faced and how they've addressed community concerns to preserve the integrity and historical significance of the city's prized waterfront locations while fulfilling the public's ever-changing needs.

While distinct projects, the developments, one nearing build out and the other still in its relative infancy (as groundbreaking is still a few years away), share many features, stakeholders, potential pitfalls and a common goal: to protect genuine elements of San Diego for residents and visitors, alike, to experience.

"Development on government land is a labyrinth of regulations," said Joe Haeussler, Executive Vice President of Corky McMillin Companies, master developer of the former Naval Training Center, Liberty Station. The property has been subject to regulations from the U.S. Navy, State of California, County and City of San Diego, California Coastal Commission, historic preservation and local oversight bodies. "There is a lot of history here," said Haeussler. "Liberty Station carries authentic San Diego history, and there is a large responsibility to carry that forward, embracing the past while creating new traditions."

A naval station until its realignment and eventual closure in 1997, the 361-acre development is now home to a housing development, 56 National Register of Historic Places-listed buildings, schools, hotels, traditional and artisan-centric retail, a brewery, restaurants and golf course.

"Private or public land, there is always regulation," said Yehudi Gaffen, managing partner of Seaport San Diego and chief executive officer of the San Diego-based development firm, Gafcon Inc. "The big difference with developing on public lands is politics. It is a small word with big implications, and you have to balance the many interests, listen and be proactive with all the stakeholders."

San Diegans have played instrumental roles in both developments.

"We identified 48 stakeholders when we started out," Gaffen said. "We reached out to them and quickly learned who the interested parties were. In developing anything on the waterfront, we felt working with local fisherman was essential ... we've spent a lot of time engaging them to hear and address concerns."

As it exists today, the more than $1 billion Seaport Village project, one of the state's largest development undertakings, has plans for three to four hotels -- from hostel-style to high-end accommodations -- an aquarium, observation tower, waterfront marine-education school, fisherman's market, over 250,000 square feet of retail and restaurant space as well as recreational boating facilities and open park spaces.

Working with local residents, fisherman, business owners, officials, construction firms and workers' unions, among others, Gaffen and his partners have put building trust at the forefront of their interactions.

"You have to be sure you are communicating and engaged," Gaffen said. "You have to act quickly. It's about problem solving, interacting and it cannot be done remotely. You have to have boots on the ground and interact. And it is an ongoing thing. You are never done. Because if you are done, you are done."

Haeussler agreed, stating that community input and support has been central to Liberty Station's planning, execution, branding and ultimate success as a local destination.

"You have to listen to the local community," Haeussler said. "With projects of this expanse, you are building a community in and of itself. You have to keep it all in balance, and communication is key to that. You also have to do your research and understand the opposition."

It is essential to ensure you are "actually meeting people and hearing their perspective," he said, "but you have to know when to pick your path and, in some cases, power through" to get the job done.

Aside from dealing with regulatory obstacles and engaging community stakeholders, both developers have faced their fair share of unforeseen challenges that have required quick thinking and flexibility to solve issues and keep projects on track. The discovery of an earthquake fault line on the 70-acre Seaport Village site forced some design changes but has ultimately lead to a better project, Gaffen said.

With nearly 60 aging structures, Liberty Station's redevelopment ran into hazardous materials that required proper handling and disposal. Key to addressing the site's unique development issues safely and with brevity was a team of experts and consultants that educated crews and the public, Haeussler said.

Barring no major setbacks, Seaport San Diego could break ground in the next three to four years after completion of its California Environmental Quality Act analysis. But Gaffen and partners aren't waiting for development to test their ideas for the project's open spaces with fitness classes, events and more.

"We believe good design can build community," Gaffen said. "This is a legacy project, and we see this as giving back to San Diego."

As for Liberty Station, as it nears 95-percent completion and Arts District of Liberty Station celebrates its 10-year anniversary, the military station turned arts, business and cultural district continues to evolve.

"We are continuing to invent ourselves and what we will be in the next 10 years," Haeussen said.