As of Jan. 1, 2019, a key component of settlement agreements in California — the release of unknown claims and waiver of Civil Code Section 1542 — requires updating. 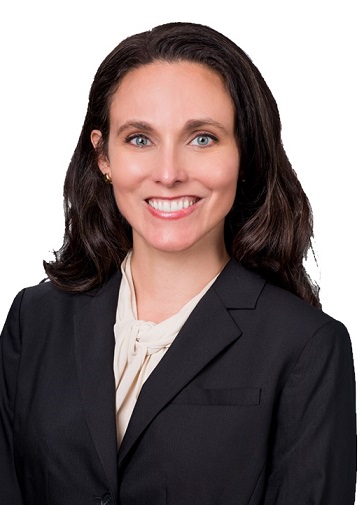 As of Jan. 1, 2019, a key component of settlement agreements in California -- the release of unknown claims and waiver of Civil Code Section 1542 -- requires updating.

The heritage of Civil Code Section 1542 stretches back to 1861 and the case Lyall v. Edwards, 158 Eng. Rep. 139 (1861). There, Edwards and his partner Matthie were East India and colonial brokers who suspended payment to their creditors. They entered into a compromise whereby their assets were to be liquidated and the creditors paid in exchange for releasing Edwards and Matthie from the remainder of their debt. The language of their release rings familiar to contemporary attorneys as the creditors released Edwards and Matthie "from any and all manner of actions, cause of action and suit ... obligations, debts ... claims and demands whatsoever ... then had, or thereafter should or might have."

After the settlement was reached, the creditors discovered that Edwards and Matthie had 22 warrants for 22 chests of indigo, which was used to make dye. The creditors sued Edwards and Matthie to recover that indigo. Edwards and Matthie argued that the creditors' release barred the action. The court applied the equitable doctrine that "a release cannot apply, or be intended to apply to circumstances of which a party had no knowledge at the time he executed it, and that if it is so general in its terms as to include matters never contemplated, the party will be entitled to relief." Therefore, the creditors' release was held not to bar their action to recover the indigo because they did not know that the chests of indigo existed at the time they executed the release.

The father of the modern-day codification, David Dudley Field II incorporated this principal of law into Section 742 of his groundbreaking Field Code, which was adopted by multiple states in the widespread move away from common law pleading towards code pleading. In 1872, California followed suit by codifying this principal of law in its Civil Code Sections 1541 and 1542. The former allowed for creditors and debtors to enter into releases and the latter provided that "A general release does not extend to claims that the creditor does not know or suspect to exhibits in his favor and that if known would have materially affected his settlement with the debtor."

In the over 100 years that it has been on the books, waivers of the protection of Section 1542 have become ubiquitous in California settlement agreements. "The addition of this language from the Civil Code in the compromise and release establishes unambiguously the parties' intent that the release cover possible civil claims." Jefferson v. California Dept. of Youth Authority, 28 Cal. 4th 299, 307 (2002).

Allowing parties to enter into agreements where they expressly state that they intend to waive the benefit of Section 1542 and release even claims unknown to them serves the important public policy of encouraging out-of-court settlements and provides for a definitive end to litigation. Indeed, in the seminal case of Casey v. Proctor, 59 Cal. 2d 97 (1963), the California Supreme Court made clear that despite the reference only to "creditors" and "debtors" harkening back to Lyall v. Edwards, Section 1542 waivers can apply to more than purely monetary claims and that in the absence of unfair conduct on the part of the releasee, the law should extend its protection to the stability of the transaction by holding the parties to the express terms of releases -- even if they did not involve a creditor-debtor relationship. Thus, interpreting Section 1542 as applying to more than disputes over money became widely accepted in the legal community over the years.

Except for the addition of the feminine pronoun in 2004, Civil Code Sections 1541 and 1542 remained unchanged since 1872. That is, until Jan. 1, 2019. The California Legislature has now amended Sections 1541 and 1542 to clarify that "creditor" and "debtor," as used in these sections, are interchangeable with the terms "releasing party" and "released party." This change is declaratory of existing law and is important for purposes of clarifying the law. There was a history of parties to a release agreement, typically self-represented parties in family law disputes, not understanding that Section 1542 waivers apply to releases that go beyond a creditor-debtor relationship in cases where money is owed. That misunderstanding resulted in costly litigation over whether release agreements with 1542 waivers were actually understood and the benefits intentionally waived by the releasing party.

A valid waiver of the protection of Section 1542 depends on the releasing party demonstrating that they understand what they are waiving. Therefore, as of Jan. 1, 2019, attorneys drafting settlement agreements that include waivers of unknown claims must now include the updated language from Section 1542 in addition to recitals that the releasing party expressly waives their rights under Section 1542 and intends to release even claims unknown to them.