Attorneys may be surprised to learn that there is no clear roadmap when it comes to employing the cost-shifting mechanisms of Section 998 in the context of binding arbitration proceedings, notwithstanding Section 998’s clear application to arbitration. 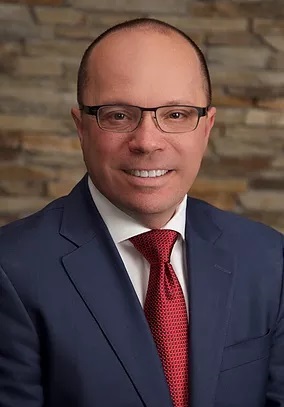 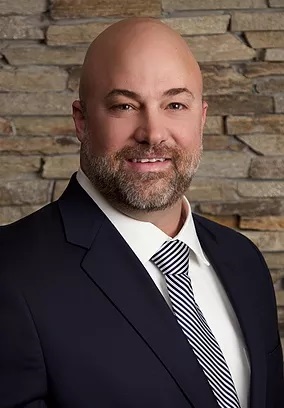 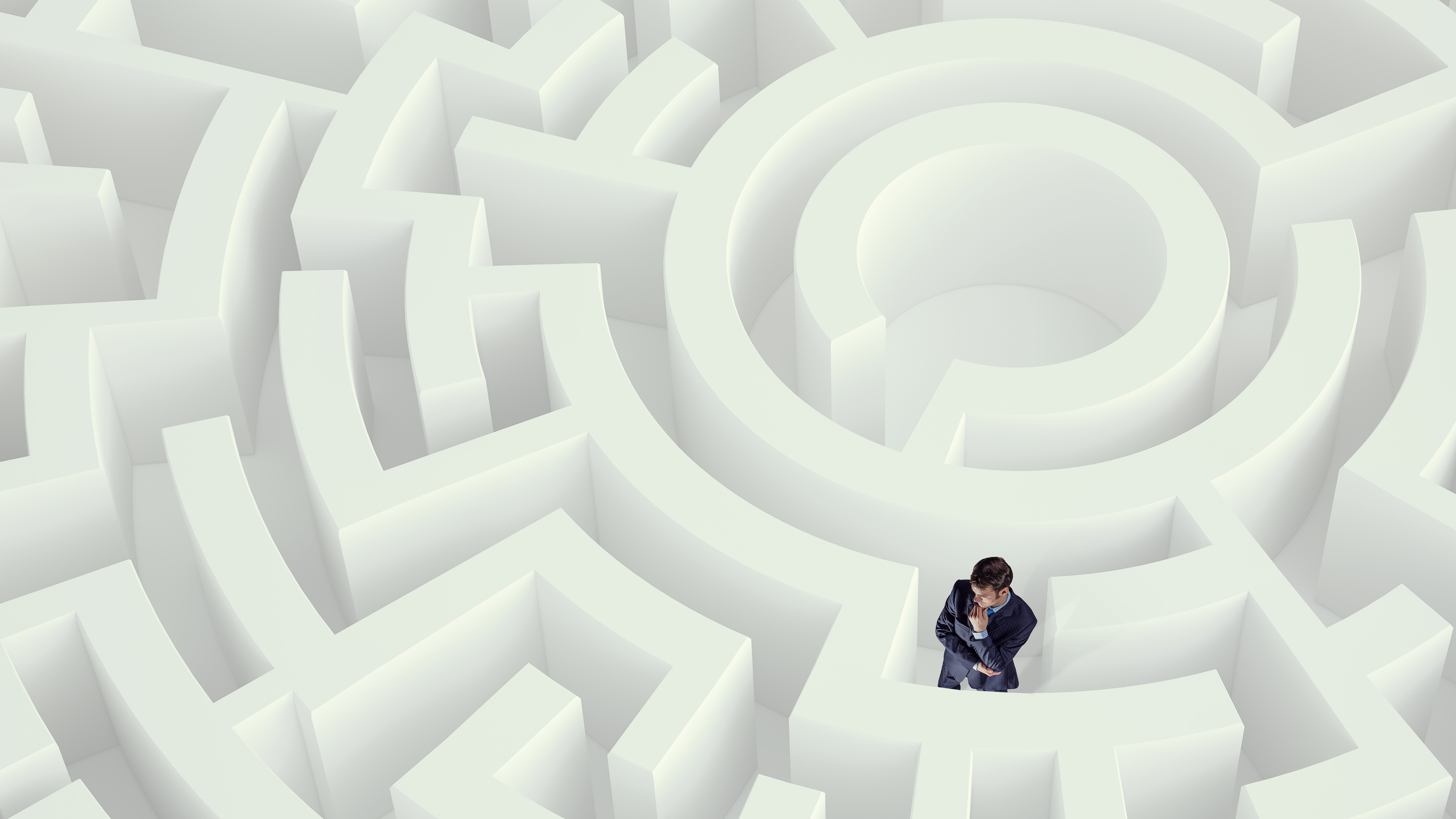 Experienced California litigators know the strong public policy favoring the resolution of disputes by way of binding arbitration. This policy has not only been codified by the Legislature in Code of Civil Procedure 1280 et seq., but firmly underscored by a number of federal cases dealing with principles of preemption favoring enforceability of arbitration provisions. See, e.g., AT&T Mobility LLC v. Concepcion, 566 U.S. 333 (2011), Mastrobuono v. Shearson Lehman Hutton, 514 U.S. 52 (1995), Allied-Bruce Terminix Cos. v. Dobson, 513 U.S. 265 (1995). Such practitioners also know of the codified legislative incentive to resolve disputes short of trial (or, as the case may be, arbitration hearings) provided by California Civil Code Section 998, et seq. They may be surprised, however, to learn that there is no clear roadmap when it comes to employing the cost-shifting mechanisms of Section 998 in the context of binding arbitration proceedings, notwithstanding Section 998's clear application to arbitration. That may be about to change as the California Supreme Court considers when, to whom, and in what manner a prevailing party's request for an award of costs under Section 998 must be made in the arbitral setting. See Heimlich v. Shivji, S243029.

This article explores these questions, and specifically the manner in which the various arbitration service rules affect the roles of the arbitrators and courts if and when a 998 offer is made -- particularly, as in Heimlich, when the offeror seeks its costs pursuant to Section 998 as the prevailing party, post-award, but without having disclosed the fact that a 998 offer had been made to the arbitrator prior to the award being issued. Does or should the arbitrator or court lose jurisdiction to hear the cost motion, depriving the statutorily crowned "prevailing party" of its absolute right to seek its post-offer costs of suit? And merely because the offeror failed, intentionally or not, to advise the arbitrator that it had made a pre-trial settlement offer, a notion that appears to be expressly prohibited by Section 998? And also risk the potential prejudice to the offeror that a settlement offer had been made (or to an offeree that a demand had been rejected) solely to ensure that the arbitrator, before deciding the merits, creates a two-tiered award process (interim and final)?

The 6th District Court of Appeal in Heimlich addressed this apparent conflict in favor of pre-award nondisclosure, providing certainty and legal effect to the important public policies in play. The court resolved the issue in favor of the arbitrator or court retaining jurisdiction to hear these cost motions without forcing a litigant to disclose the fact that it made a settlement offer to the fact finder before an award was issued on the merits. For better or for worse, the California Supreme Court has accepted review of Heimlich and, until a decision is released, we are left with lingering uncertainty.

Heimlich takes its roots in a fee dispute between attorney Alan Heimlich and his former client, Shiraz Shivji. Shivji issued a 998 offer of $30,001. Heimlich rejected the offer, and the matter was compelled to arbitration by Shivji pursuant to the terms of the relevant retainer agreement. The arbitration (which involved cross-claims against Heimlich by Shivji) resulted in an award of no recovery to either party. Shivji's 998 offer was not referenced at any time during the arbitration proceeding, nor in the briefing leading up thereto. Some six days after receiving the arbitrator's written award, having secured a result that was more favorable than his previously issued offer to compromise, Shivji sought an award pursuant to Section 998. At that point, the arbitrator declined to determine further issues relative to the dispute, citing a lack of jurisdiction in the wake of the issuance of his final award. Thereafter, following a series of proceedings, the Santa Clara County Superior Court declined Shivji's request for costs pursuant to Section 998, and held that neither party in the dispute was entitled to recover costs. On appeal, the 6th District determined that Shivji could not have presented facts regarding his issuance of the 998 offer to the arbitrator during the arbitration proceeding prior to the issuance of the award, and that the arbitrator's refusal to hear Shivji's request for costs should result in a partial vacation of the arbitration award under CCP Section 1286.2. (In so ruling, the court effectively found that the arbitrator had failed to hear evidence material to the controversy, such that a partial vacation of the award was warranted.) Heimlich sought Supreme Court review.

Section 998(b)(2) provides, in relevant part, that a rejected/ignored settlement offer "cannot be given in evidence upon the trial or arbitration." It is perhaps unsurprising that Shivji's counsel waited to raise issues relative to the rejected 998 offer until after the arbitrator issued an award. It seems reasonable to conclude that most attorneys representing an offeror under Section 998 would exercise similar restraint. As Shivji found, doing so potentially leaves the prevailing 998 offeror without recourse to recover post-offer costs by operation of the doctrine of "functus officio"; having issued a valid award, the arbitrator's authority comes to an end, as does his ability to rule on the cost issue.

As noted by the 6th District, case law provides scant guidance to litigants as to just how (and when) they should call the arbitrator's attention to the fact that an offer had been made. In noting that the existence of a 998 offer cannot be referenced in arbitration until an award has been issued, the 6th District seems to have reached a conclusion difficult to reconcile with the 2nd District's decision in Maaso v. Signer, 203 Cal. App. 4th 362 (2012). In that case, Maaso's counsel advised an arbitral panel that Maaso had previously made a Section 998 offer that was rejected by Signer. Counsel did not state the amount of the offer, nor did counsel present evidence and/or ask the arbitrators to rule on it. Maaso later petitioned the court for (among other relief) an award of Section 998 costs. The court determined that the issue of Section 998 costs was within the sole purview of the arbitrators, and Maaso's failure to put on evidence relative to the offer and related cost issue was fatal to his attempted recovery. However, to the extent that Maaso is read to have required Shivji to bring the 998 offer to the arbitrator's attention prior to the issuance of a final award, or, as phrased by Heimlich, "reserve the right to CCP section 998 costs during arbitration," that opinion did little to provide parties in arbitration with practical guidance on how to do so without running afoul of Section 998(b)(2).

Some relief may be offered by ADR providers themselves, at least to the extent that their rules can be modified to allow parties to address 998 cost issues after the merits of the underlying dispute have been decided, but before the award itself is deemed "final," leaving the arbitrator without jurisdiction to make further rulings. Indeed, both AAA and JAMS, two of the largest ADR providers available to California litigants, provide for the issuance of interim and/or interlocutory awards, and it is therefore conceivable that protections for Section 998 offerors could be "built into" (in a more specific fashion) the very rules applicable to arbitral proceedings. Arbitrating parties may wish to get ahead of any potential issues in this regard, and incorporate specific language into applicable scheduling orders that allow for the introduction of 998 offers and the determination of cost issues associated therewith prior to any award being characterized as final. By doing so, arbitrating parties can easily avoid running afoul of the restrictions of Section 998(b)(2), while also availing themselves of the cost-shifting mechanism associated with 998 offers to compromise.

In Heimlich, the Supreme Court is presented with an opportunity to resolve the existing apparent split in authorities relative to the issue of Section 998 costs in the arbitral setting. Arbitrating parties should not be forced to disclose settlement offers prior to the issuance of an award, and indeed, seemingly cannot be forced to do so in light of the plain language of Section 998(b)(2). Maaso's failure to even address the practical impossibility of making such disclosure without running afoul of the law is worthy of criticism, and arbitrating parties should not be forced to risk crossing what appears to be a clear statutory line on one hand, or losing the cost-shifting benefits afforded by Section 998 on the other. If the Supreme Court is not willing to conclusively rule that an arbitrator's failure to give post-award consideration to 998 cost issues merits partial vacation of the award, litigants are left to hope for clarity afforded by legislative amendment, or, in the alternative, amendment to existing arbitration rules to allow for such consideration. Interested litigators can hope that the Supreme Court puts these issues to rest once and for all, as it is clear that they will come up with a reasonable degree of frequency given the increasing use of contractual arbitration as an ADR mechanism, and the pervasive use of Section 998 offers in California litigation.

Client entitled to obtain decision on merits of his post-award CCP 998 request for cost after arbitrator erroneously refused to even hear evidence relevant to it.