Trial judges and appellate justices rarely interact across their courts. Judges and lawyers have sporadic, desultory contact at e.g., Inns of Court and bench-bar conferences, and there’s little communication between law schools and practitioners. 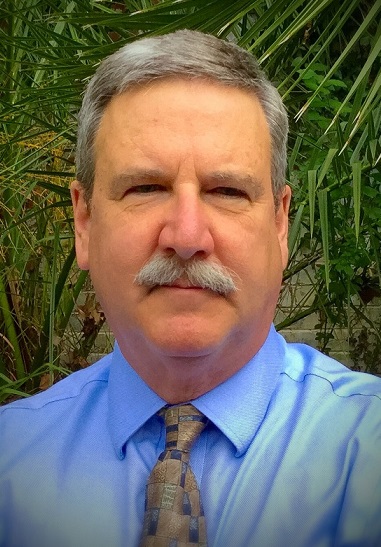 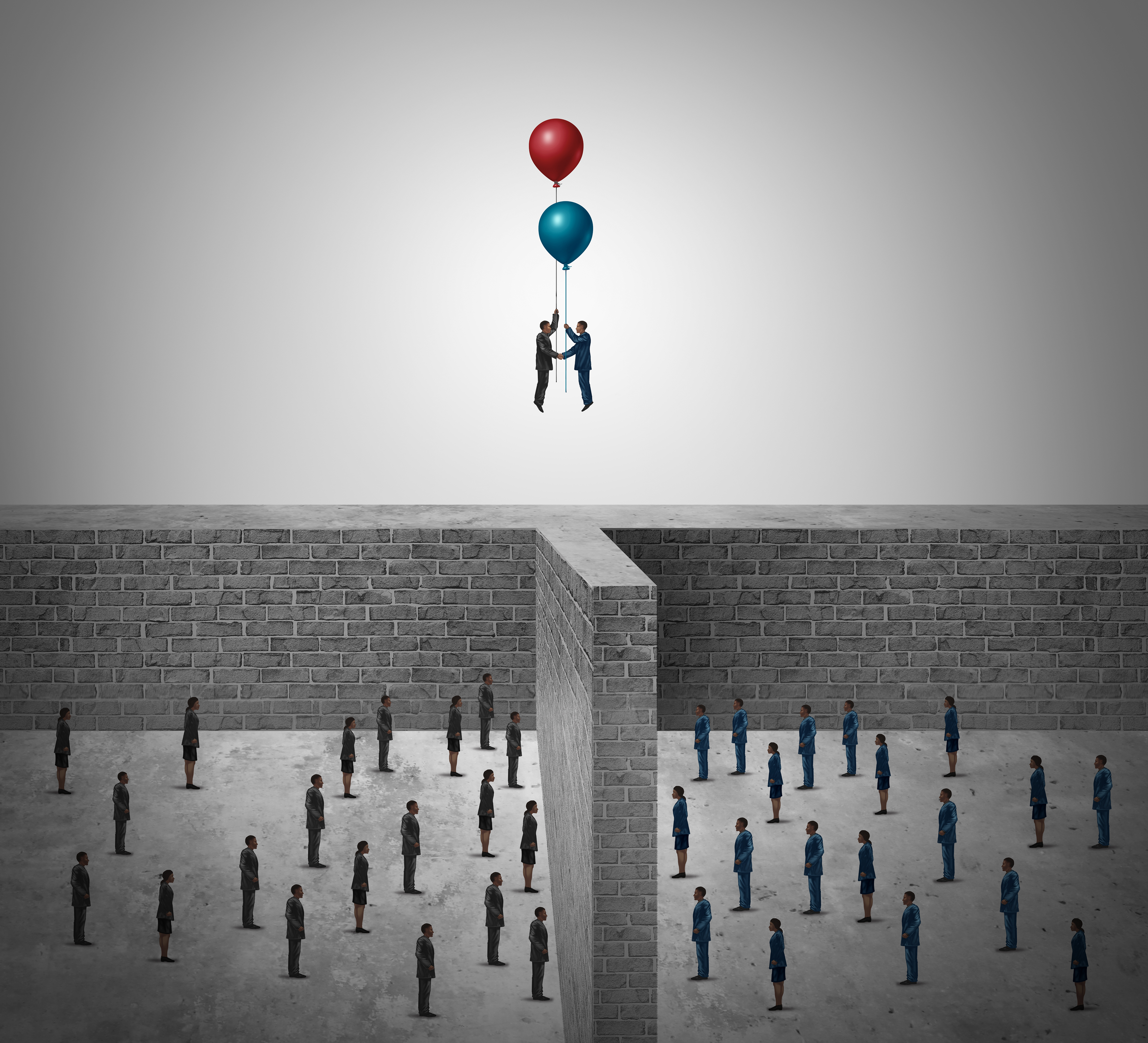 Except in the most formal way -- through briefs, opinions and orders, and the rare helpful law review article -- no one is talking to anyone else. Yet we're all engaged in the same effort: to deliver fair and efficient legal services to the parties in our courts.

We're not learning from each other. Let's change that.

Judge Richard Posner, erstwhile of the 7th U.S. Circuit Court of Appeals, routinely used to sit as a district court judge.[2] Our justices -- from the Supreme or at least the appellate courts -- can do the same.[3] I assure them of an eye-opening adventure. (And wouldn't it be fun to read an appellate opinion reversing a Supreme Court justice sitting as a trial judge?) We have been treated to a Supreme Court made of brand-new trial judges in Mallano v. Chiang (review denied Oct. 26, 2018), but that's a once-in-a-lifetime event. The courts of appeal already take trial judges as pro tems, but it's done only rarely to fill temporary vacancies, and as a sort of treat. They could do this more routinely, providing a broad look into the appellate process for trial judges. Some lawyers act as pro tem judges -- I did, for many years, and learned a lot about what works and what doesn't in the courtroom. In San Francisco we have successfully used lawyers as pro tem judges to handle discovery motions, small claims cases, and other work. But few lawyers opt for this, and far more should: The work is terrific fun, is good public service, and should be a routine for litigators.

A significant barrier is that between law schools on the one hand and judges and lawyers on the other. We need more lawyers and judges teaching and more law students helping out in the courts.

Chief Justice John Roberts famously noted the often useless contributions of law reviews: "Pick up a copy of any law review that you see, and the first article is likely to be, you know, the influence of Immanuel Kant on evidentiary approaches in 18th Century Bulgaria, or something."[4] (There isn't any such influence, in case you're wondering. See Orin Kerr's entertaining article.[5]) Aside from contributions to e.g., the ALI's Restatements of the Law, law school professors -- many of whom have a superb overall sense of legal developments -- remain bricked up in their towers. They write at each other, but not to us in the courts where the law develops. Contributing to the disjunction between academia and the practicing profession, few professors have any practical experience at all.[6] Despite my eternal debt of gratitude to journals which have published my articles, I note that the people who edit law reviews are those least likely to have the requisite judgment -- law students. No other profession turns their scholarship over to the novices. There are few journals devoted to practitioners and edited by them (The Green Bag[7] comes to mind), and fewer still that encourage contributions from disciplines such as the natural sciences, economics, statistics, psychology, linguistics and computer science. These disciplines have a lot to teach lawyers and judges, and heaven knows we need the instruction. Courts use statistics, allow experts to testify on what we think are scientifically valid opinions, opine on what is reasonable economic behavior, and construe language -- all based on the briefs of lawyers who may know little more than what judges could guess. Perhaps lack of knowledge of these extra-law fields is tolerable at the trial level where only the parties are affected, but this blinkered approach presents a serious problem at the appellate level.

We need a new law journal. Let's have a board of professors, lawyers and judges pick the articles -- the main test is whether an item is useful to the practice of law -- and have law students as editors. The senior folks exercise the judgment in selection and the editor students work with experienced lawyers, judges and professors (it's called networking). Perhaps we'll dub it the REAL Law Journal.

The divide among members of the legal profession is grim, because no one works well in a silo. Understanding comes from seeing one's work from a different perspective. Working across the legal lines also helps remind us of our real goal: not the interests specific to lawyers, judges, professors, or law schools, but rather the interest of the public which we serve and in the name of which laws are made.

And that leads me to a divide more serious than those noted so far: that between us in the legal profession and the public. Few understand the legal system, and the result is deeply corrosive. That's a topic for the next in this two-part series, to be published Thursday.

[1] This is the number of active lawyers.
[2] E.g., Jordan T. Smith, "Richard A. Posner, Circuit Judge, Sitting By Designation in the District Courts," 30 REGENT U.L. REV. 259 (2017-18). His trial court opinions include, e.g., Johansen v. GVN Michigan, Inc., No. 15 C 912 (N.D. Ill. Apr. 27, 2016); Price v. Highland Cmty. Bank, 722 F. Supp. 454, 456 (N.D. Ill. 1989), aff'd, 932 F.2d 601 (7th Cir. 1991); BRK Brands, Inc. v. Nest Labs, Inc., 28 F. Supp. 3d 765 (N.D. Ill. 2014).
[3] California Constitution, Art. VI Section 6 (e) ("The Chief Justice may provide for the assignment of any judge to another court but only with the judge's consent if the court is of lower jurisdiction").
[4] Chief Justice Roberts was answering questions from the audience at the 4th Circuit's annual judicial conference. Leah M. Christensen, "Navigating the Law Review Article Selection Process: An Empirical Study of Those With All the Power--Student Editors," 59 S.C. L. REV 465 (2008).
[5] Orin S. Kerr, "The Influence Of Immanuel Kant On Evidentiary Approaches In 18th-Century Bulgaria," 18 GREEN BAG 2D 251 (2015).
[6] The American Association of Law School did a study some years ago. Concerning new full-time, tenure-track law professors (which excluded the vast majority of clinicians and legal writing faculty) hired between 1996 through 2000 showed that for those with prior legal practice experience [86.6 percent of all new hires], "the average number of years' experience was 3.7... . There is a negative relationship between the number of years in practice and the [ranking] of the hiring law school [with the new hires at the top twenty-five law schools having only 1.4 years of prior practical experience]." Brent E. Newton, "Preaching What They Don't Practice: Why Law Faculties' Preoccupation With Impractical Scholarship And Devaluation Of Practical Competencies Obstruct Reform In The Legal Academy," S.C. L. REV. (July 22, 2010). The study of hiring at top-tier law schools since 2000 found that the median amount of practical experience was one year, and that nearly half of faculty members had never practiced law for a single day. If medical schools took the same approach, they'd be filled with professors who had never set foot in a hospital. I have previously described some of the history of legal education which led to the widespread prejudice against practicality. Curtis Karnow, "Prejudices of the Past and the Role of Experiential Learning," LITIGATION IN PRACTICE (2017).
[7] Most of its contents are free.
#351300

Let’s repair the divide between lawyers and the public