Currently pending before the California Supreme Court is an issue that calls into question the motivations of California officials setting forth their justification for an important policy: the death penalty. 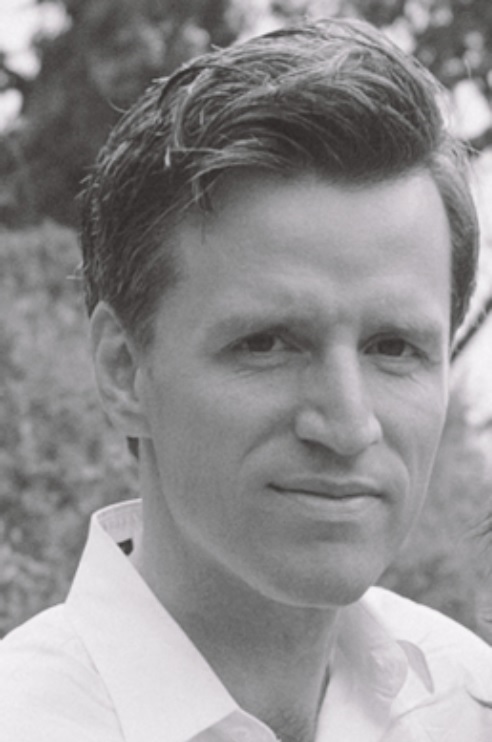 John specializes in habeas corpus representation of persons facing the death penalty or lifetime in prison. He is also an adjunct professor at UC Hastings College of the Law where he teaches courses on capital punishment and habeas corpus. The views contained herein are his own. 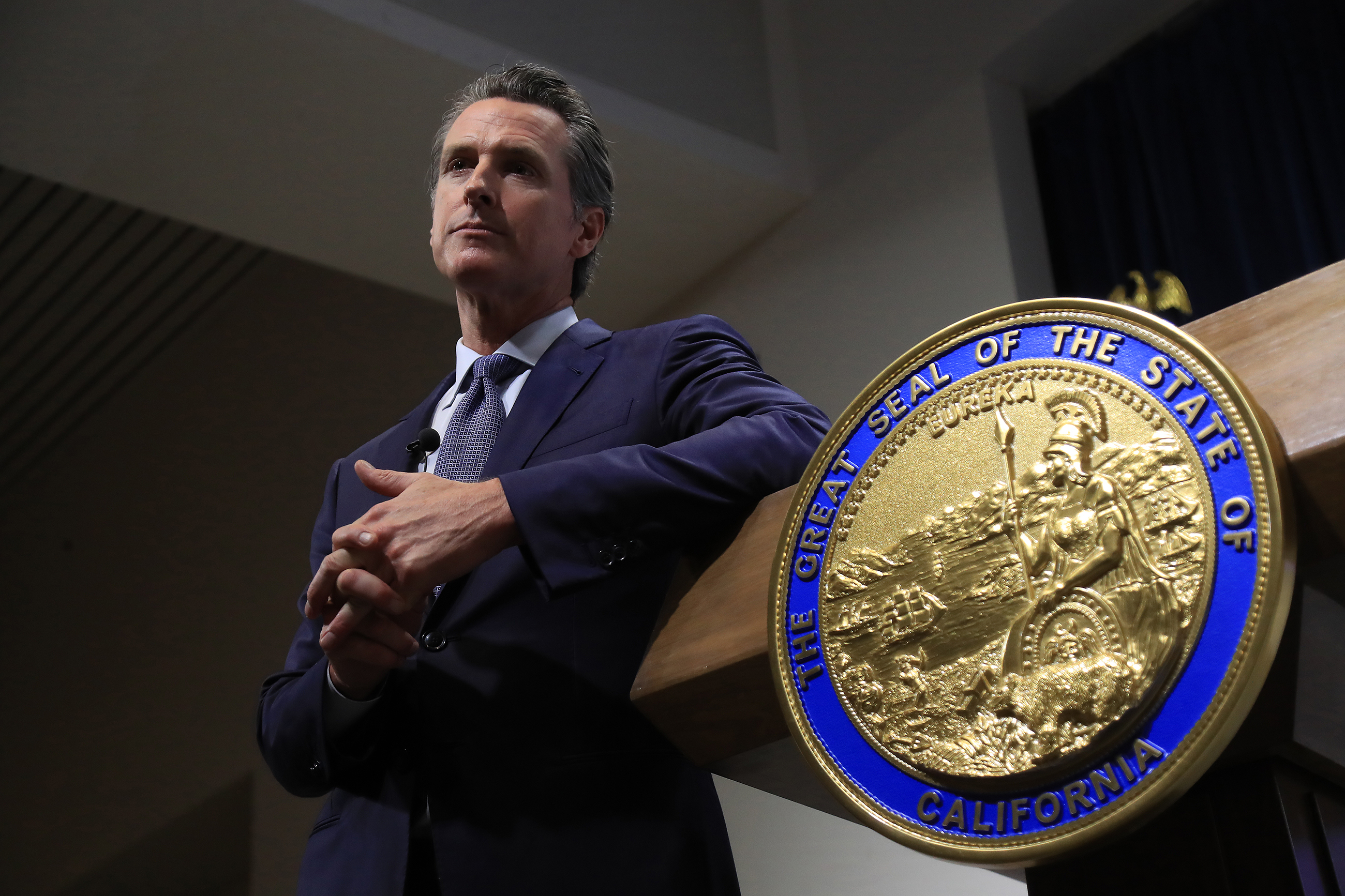 "[T]he sole stated reason -- seems to have been contrived." Department of Commerce v. New York, 139 S. Ct. 2551, 2575 (2019). Something about the delicately non-confrontational wording of Chief Justice John Robert's key phrase in last term's most publicized case heightens the jarring underlying conclusion: a top government official had brazenly lied to the public about an important policy decision with vast implications for our democracy. The chief justice's unspoken message was that neither the courts nor the public should countenance public servants serving up pretext to justify their decisions, particularly when the impact of those decisions -- whether intended or not -- is to disempower politically disenfranchised minorities.

Currently pending before the California Supreme Court is an issue that calls into question the motivations of California officials setting forth their justification for an important policy: the death penalty. Like the policy behind the census question, the death penalty disproportionately harms disenfranchised minorities. A recent ACLU report highlights how under the direction Los Angeles District Attorney Jackie Lacey, every single death verdict has been rendered against a person of color.

The case before the California Supreme Court involves two defendants from L.A. (spoiler: the defendants are black) who are seeking to halt their cases. Johnson v. Superior Court, S256657. If they win, it will halt all capital trials in the state, at least during the current moratorium. But the defendants' complaint has nothing to do with race. They argue that they cannot fairly select a jury in light of Gov. Gavin Newsom's recent moratorium on capital punishment.

They argue that jurors are no longer able to, as the Constitution requires, be "confronted with the truly awesome responsibility of decreeing death for a fellow human" and "act with due regard for the consequences of their decision." McGautha v. California, 402 U.S. 183, 207-08 (1971). Information that seriously undermines that sense of responsibility renders the death sentence unconstitutional.

With the death penalty at a standstill, the execution chamber dismantled, and it having been over a decade since the last execution in the state, there is essentially zero chance that any new death sentences will ever be carried out. The defendants Lacey has charged will likely die long before could face an executioner.

And jurors are catching on. How can capital jurors fulfill their task of determining the punishment with the requisite gravity -- with an understanding that the life of the defendant truly rests in their hands? By recently staying a pending capital trial to address this question, the California Supreme Court has effectively frozen the operation of the death penalty in California.

In responding to this legal claim, Lacey is fighting to keep seeking death sentences. She has expressed outrage at what she claims is the defendants' purported subterfuge. The true motives of these defendants, she argues in Johnson, are not to receive fair trials. Instead, she argues, they are thinly disguising their actual purpose, an attempt to use "the courts ... to do what the Legislature may not do: abolish the death penalty." But the feigned indignation is just that. That a defendant fighting for his life seeks to avoid execution is nothing new and should surprise precisely no one.

A better question to ask is why is Jackie Lacey still seeking death sentences? Lacey's answer has been that in some circumstances death was the only "appropriate punishment" and she was simply "follow[ing] the law as prescribed by the citizens of California." Because two ballot initiatives calling for abolition of the death penalty had recently failed, Lacey suggested that her hands were tied. But, to quote Chief Justice Roberts, her stated reasoning for seeking death "seems to have been contrived."

Her argument that execution is the only appropriate punishment only obscures the underlying reality. There will be no such punishment. A new death sentence in California actually means a new sentence of life without the possibility of parole (plus a much more expensive trial and costly appeals). So the idea that death must be charged because it is the only fitting punishment is a lie.

And her suggestion that her hands are tied because the death penalty is on the books is false. There is nothing stopping Lacey from exercising her judgment to decline to seek death. In fact, prosecutors from only a few California counties persist in seeking new sentences of death. Irrespective of their positions on the morality of capital punishment, the district attorneys who have abandoned the death penalty have surely recognized that it is a waste of precious tax-payer dollars and prosecutorial resources to pursue death sentences that will never be carried out. And Lacey's justification that she is following the will of the voters rings hollow. In the recent ballot initiatives in 2012 and 2016, Los Angeles County voters, the voters to which she is supposedly accountable, twice voted by significant margins to repeal the death penalty.

So if the stated reasons are pretext, what are the actual reasons? Primarily, they are political. District attorneys are elected officials who generally love news coverage. What better way to get positive news coverage then seeking death in a case of an atrocious crime? Some district attorneys also use Gov. Newsom as a punching bag to make themselves seem "tough on crime."

The case against the alleged Golden State Killer is a perfect example of both of these ploys. The defendant in that case is 73 years old. The odds that he will ever be executed are precisely zero. But Sacramento County District Attorney Marie Schubert often finds herself in the news, and does not hesitate to criticize Gov. Newsom. So far she has not had to answer for wasting millions of her voters' dollars on a meaningless death penalty trial. Even for District Attorneys without the stomach to criticize Newsom outright, such as Lacey, it is politically uncomfortable to oppose the death penalty. For cynical political actors of all stripes, it is often easier to continue a charade than to take the bold stance taken by Governor Newsom.

Most line prosecutors have more commendable motivations. They wish to stand with the surviving victims of heinous murders. These victims deserve the verdict of death, they reason, and it's not trial prosecutors' responsibility to make the appellate process function. But the verdicts these prosecutors obtain are not worth the paper they are printed on.

So is an extremely expensive kabuki capital system really what the victims of horrific crimes deserve? Why not spare the costly show and do something more meaningful. I, along with every other capital defense attorney I know would fully support providing victims' of surviving family members support in the face of their devastating losses instead of spending millions on obtaining verdicts that will never be carried out.

But there may also be less savory reasons behind resistance to Newsom's policy by some district attorneys. Many prosecutors use the death penalty to coerce plea deals. They are also able to use it to produce white, older, and more conviction-prone juries in cases in which the defendants are disproportionately people of color. This is not what the voters had in mind when they voted to the death penalty. In fact, it is safe to hazard that if the voters were asked to enact an extremely expensive and purely symbolic death penalty, they would reject it. And this is why pretextual justifications abound. 