The California Supreme Court has rejected the government's attempt to require a youth probationer, as a condition of release, to submit to random -- and remote -- searches of his electronic devices and email and social media accounts. 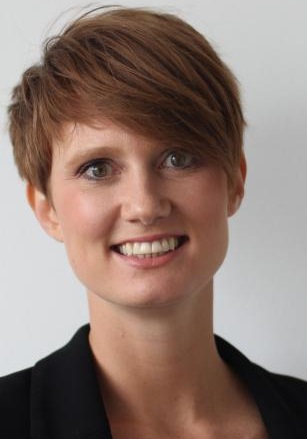 The California Supreme Court has rejected the government's attempt to require a youth probationer, as a condition of release, to submit to random -- and remote -- searches of his electronic devices and email and social media accounts. The decision, handed down Aug. 15, not only resolves a split in the lower courts regarding the legality of such sweeping digital search conditions; it also rightly rejects the government's dangerous and exception-swallowing argument that any search condition that potentially facilitates supervision of probationers should be upheld as "reasonably related to future criminality."

The juvenile court in this case, In re Ricardo P., 2019 DJDAR 7716, required Ricardo, a juvenile probationer, to not only submit to searches of his electronic devices but also to hand over the passwords to his digital accounts, including email and social media. The trial judge imposed the condition because he believed teenagers "typically will brag" about drug use on the internet, even though there was no evidence that Ricardo had ever used any electronic devices in connection with drugs or illegal activity. The idea was that this search condition, by enabling social media monitoring, would help Ricardo's probationer officers keep tabs of whether he was complying with the probation prohibition on illicit drug use. The same reasoning -- that kids tend to post about drugs and drug use online -- has been used to justify similarly sweeping search conditions in recent years in other cases where, just like in Ricardo's case, there was no connection between the search condition and any illegal activity.

This decision is a critical one.

First, it clarifies a split in the lower courts regarding whether such expansive digital search conditions are valid under the three-prong test set out by the California Supreme Court in People v. Lent, which prohibits probation conditions that (i) have no relationship to the crime of which the offender was convicted, (ii) relate to conduct which is not in itself criminal, and (iii) require or forbid conduct which is not reasonably related to future criminality. This means that juvenile courts will no longer be able to force kids to give up all online privacy as a condition of probation on the generalized theory that teenagers tend to post photos of themselves doing drugs online.

Second, this decision recognizes the broad privacy intrusion presented by digital searches. The court recognized that the search condition issued in this case would allow probation officers "to remotely access Ricardo's e-mail, text and voicemail messages, photos, and online accounts, including social media like Facebook and Twitter, at any time" and even potentially "monitor Ricardo's text, phone, or video communications in real time." And it recognized that given the lack of any temporal limitations, the search condition would allow Ricardo's probation officers to "access digital information that long predated the imposition of Ricardo's probation." According to the court, the breadth of such a digital search condition is potentially far greater than even traditional property or residence searches. The court repeatedly cites the U.S. Supreme Court's 2014 decision in Riley v. California, which unanimously ruled that warrantless searches and seizures of cellphones pursuant to arrest are unconstitutional. Riley recognized that modern cell phones today contain "a digital record of nearly every aspect of [their owners'] lives" and that, as a result, a cellphone search today "would typically expose to the government far more than the most exhaustive search of a house[.]" In re Ricardo P. makes clear that the California Supreme Court agrees with the U.S. Supreme Court: digital searches are different.

Third, the court rejects the government's argument that any search condition that potentially facilitates supervision of probationers should be upheld as "reasonably related to future criminality" -- an argument that threatened to effectively swallow the third prong of Lent. The government here was seizing on expansive language in a 2008 California Supreme Court case called People v. Olguin, which upheld a search condition requiring the defendant to notify his probation officer of the presence of any pets at his residence on the ground that "[a] condition of probation that enables a probation officer to supervise his or her charges effectively is ... 'reasonably related to future criminality.'" But as the court points out in In re Ricardo, its reasoning in Olguin reflected the "nonburdensome" nature of the pet-notification condition -- how reporting on the presence of pets is a "simple" and "minimally invasive" task that helped inform and protect the safety of probation officers, e.g., from potentially aggressive dogs.

The burden implicated by a pet-notification condition is a far cry from the substantial privacy invasion presented by a search condition allowing random and remote searches of digital devices and accounts. The court rightly recognizes that, rebuffing the government's attempt to use a pet-notification provision to effectively do away with the third prong of Lent and justify any probation condition, no matter how intrusive, that could be said to effectively enhance the supervision of a probationer. As the court held, if it were to endorse the government's broad reading of Olguin, it might be obligated to uphold "a condition mandating that probationers wear 24-hour body cameras or permit a probation officer to accompany them at all times." This is the type of Orwellian outcome that privacy organizations like the Electronic Frontier Foundation were afraid of, and we're happy to see the court flatly rejecting it.

This was a close decision, with three judges dissenting. But Justice Goodwin Liu's majority opinion is clear: Lent requires a degree of proportionality between the burden imposed by a probation condition and the legitimate interests served by the condition. And probation conditions that have "a very heavy burden on privacy with a very limited justification" are not entitled to deference. This is the right outcome for this case. It will help protect the constitutional rights of children across the state who happen to get caught up in the juvenile justice system, and it helps bring California probation condition caselaw into the 21st century.

In re Ricardo P.

Because there was no indication that defendant used or will use electronic devices in connection with any illegal activity, record was insufficient to justify substantial burdens imposed ...

Police may not search digital information on cellphones seized from arrestees without warrant because government's interests do not justify them.