Not every abuse of power is a federal crime

On May 7, the U.S. Supreme Court dealt a blow to prosecutors policing public corruption under federal property fraud statutes by unanimously overturning the convictions of two New Jersey officials in the much-publicized "Bridgegate". 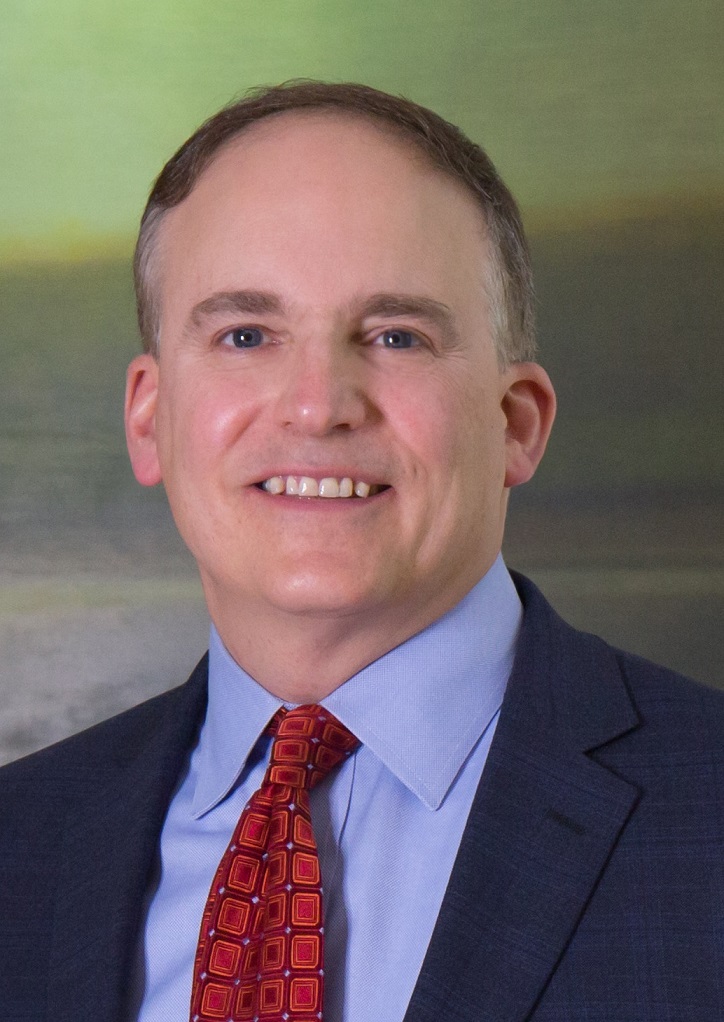 Matthew is a partner in the Litigation and Government Enforcement Practice in Skadden's Los Angeles Office. 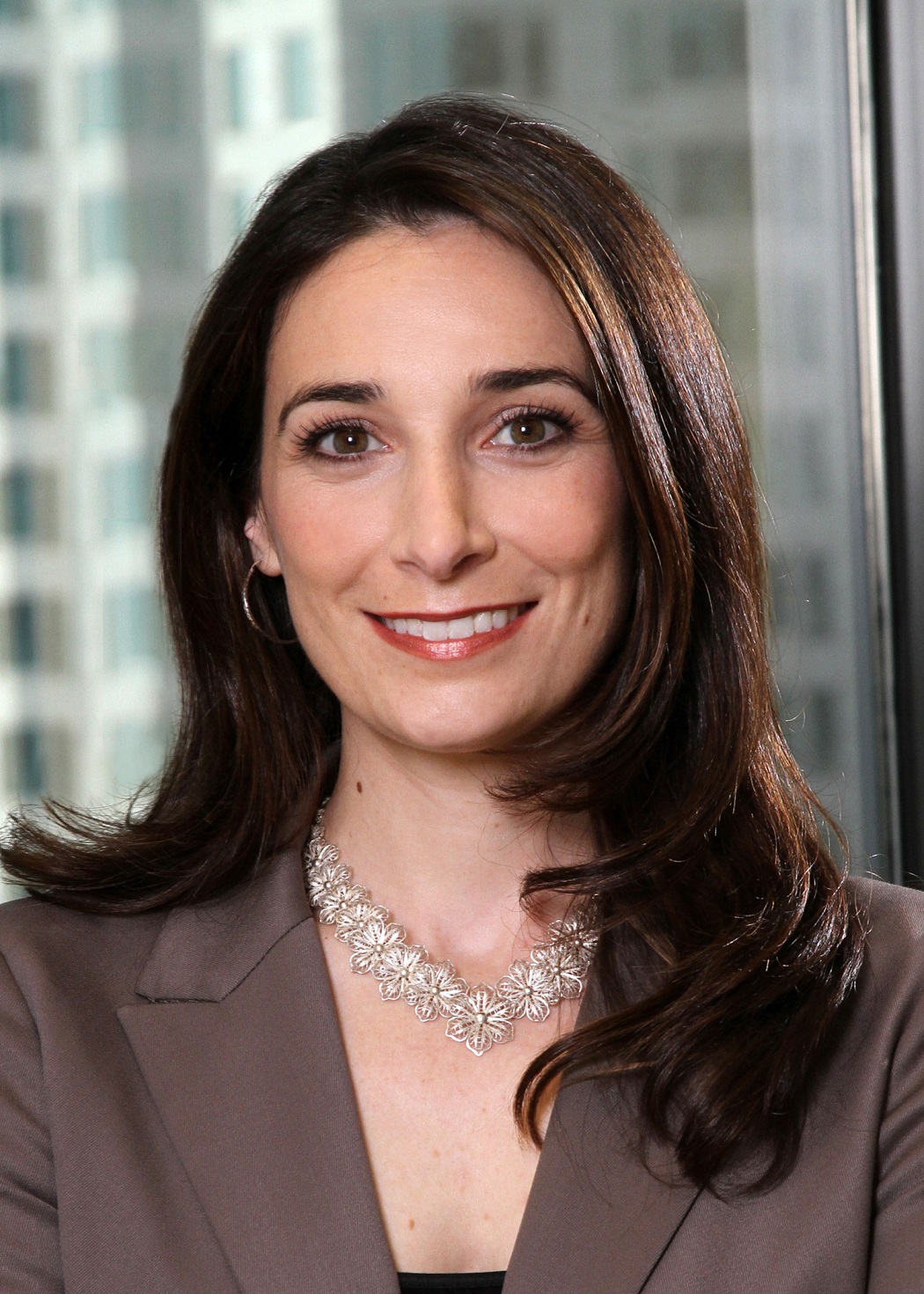 Emily is counsel in the Litigation and Government Enforcement Practice in the firm's Los Angeles office. 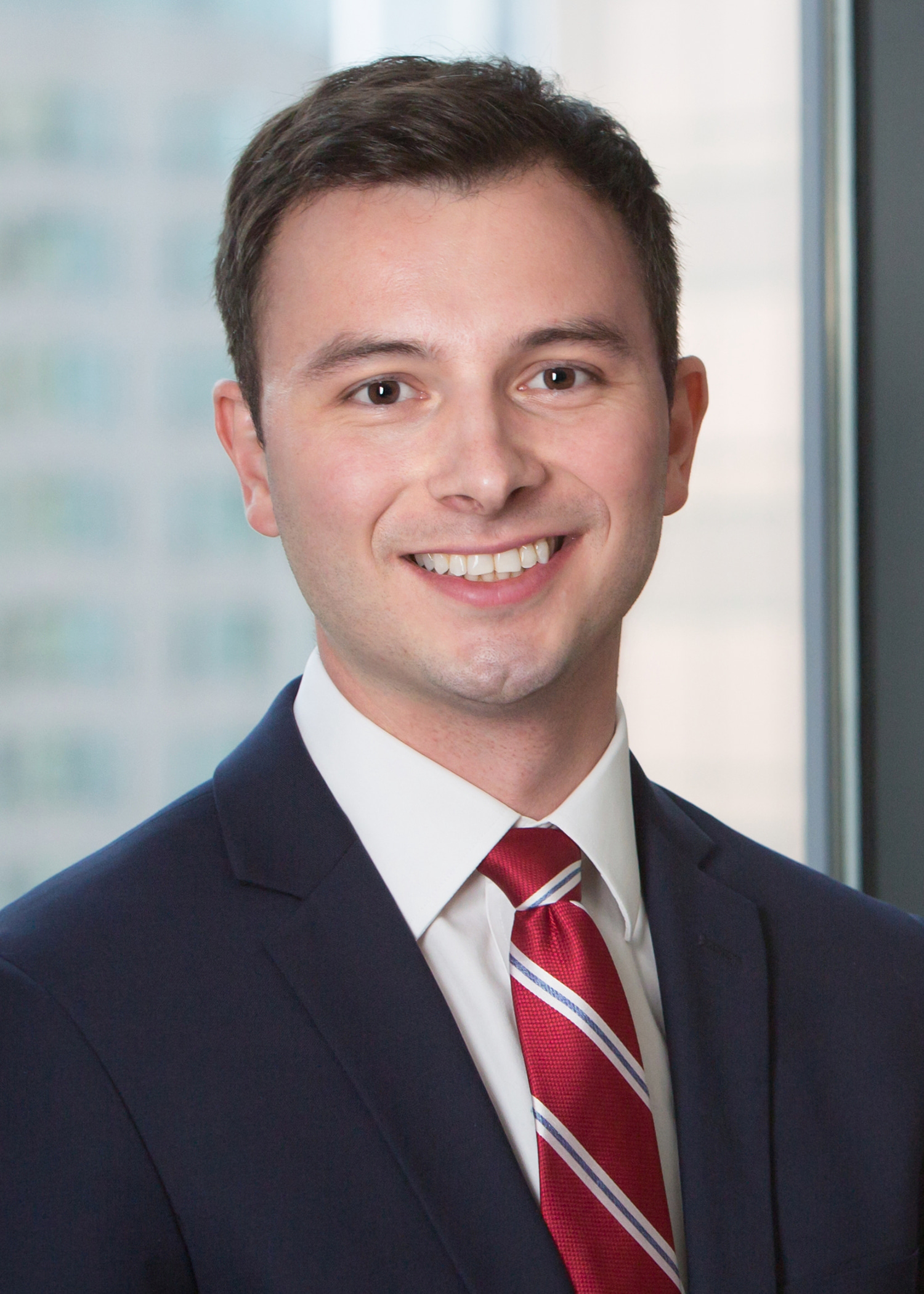 Matthew is an associate in the Litigation and Government Enforcement Practice in the firm's Los Angeles office. 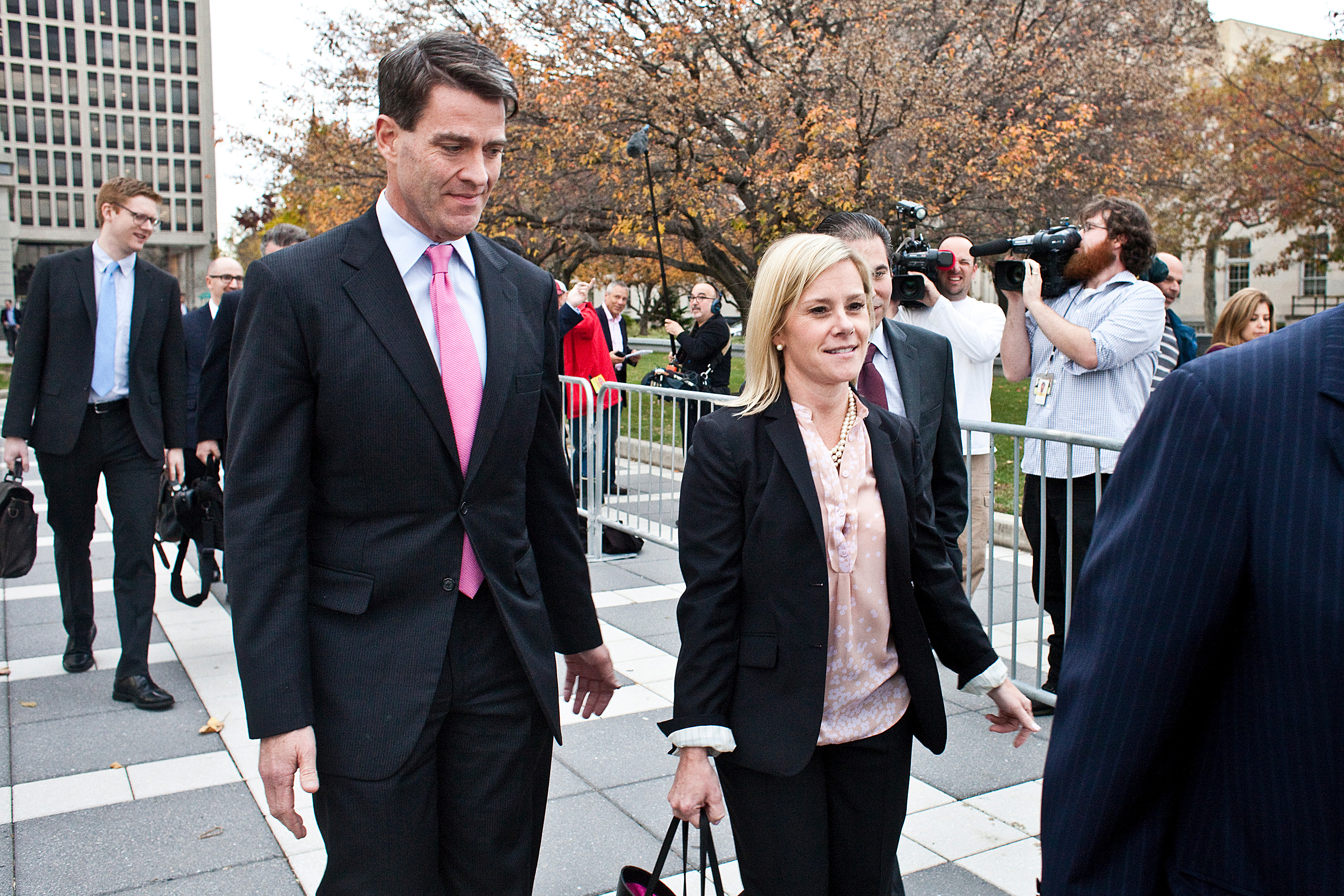 On May 7, the U.S. Supreme Court dealt a blow to prosecutors policing public corruption under federal property fraud statutes by unanimously overturning the convictions of two New Jersey officials in the much-publicized "Bridgegate" case. See Kelly v. United States, 2020 DJDAR 4429. In overturning the convictions, the Supreme Court held that the defendants, despite demonstrating "deception, corruption, [and an] abuse of power," did not commit wire fraud or federal-program fraud because defendants' scheme did not aim to obtain money or property. Rather, their actions constituted an exercise of the government's regulatory power, albeit for less than pure motives. Because any misuse of public employee time or labor was merely an incidental byproduct, rather than an object of such actions, the court held that the government had failed to prove that defendants' scheme had illegally deprived the government of money or property, an essential element of the charged offenses.

Speaking for a united court, Justice Elena Kagan concluded that "not every corrupt act by state or local officials is a federal crime." Kelly is the Supreme Court's most recent effort to rein in federal prosecutors' attempts to stretch the reach of criminal statutes in order to punish public officials' abuse of power. The opinion sends a clear message that the court will continue to narrowly constrain federal prosecutors' ability to prosecute corrupt officials in the absence of actual kickbacks, bribery, or strong evidence that an official's goal was to fraudulently deprive the government of money or property. 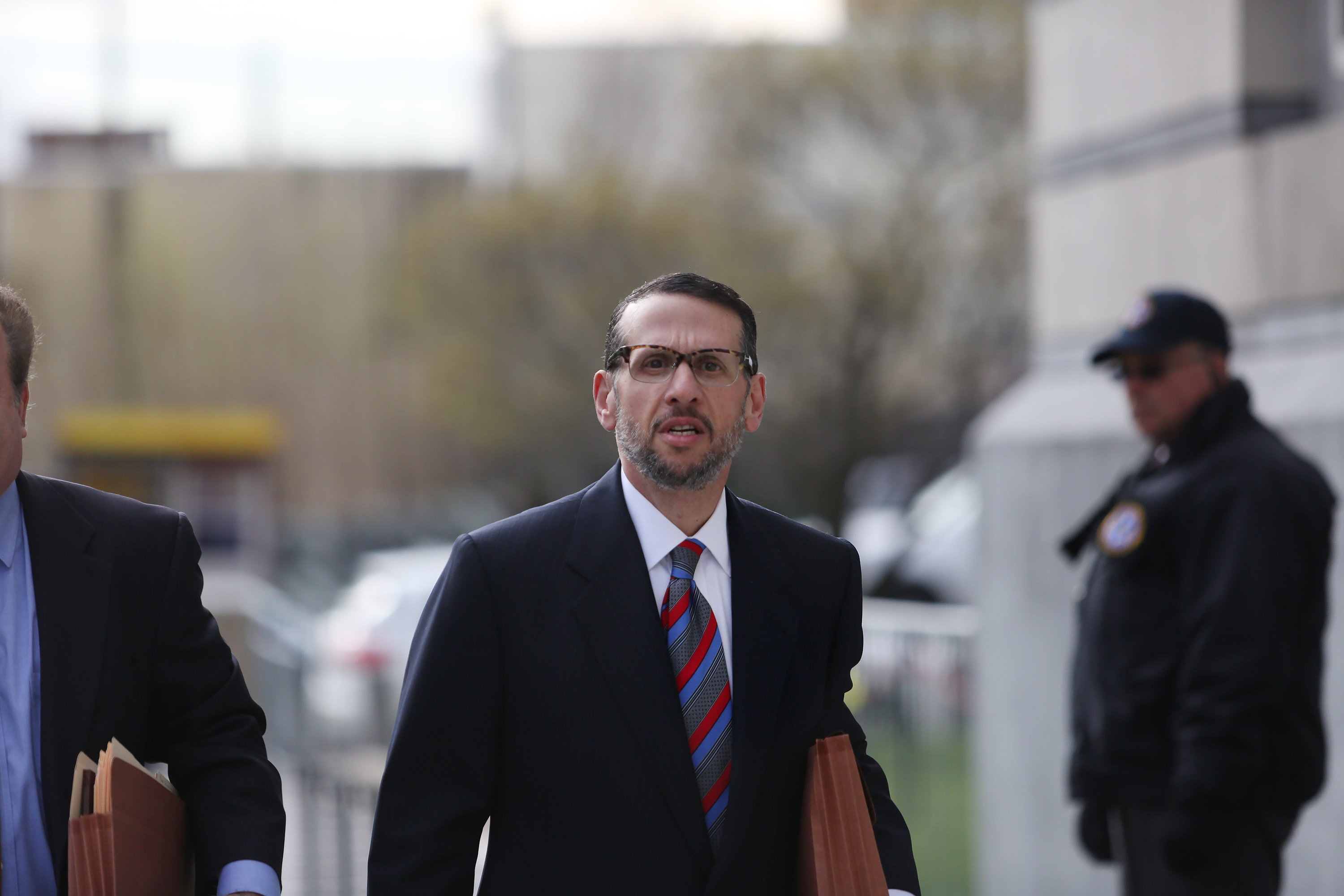 The Bridgegate scandal grew out of a scheme by political appointees of then-New Jersey Gov. Chris Christie to punish the mayor of Fort Lee, New Jersey, for refusing to endorse Gov. Christie's 2013 re-election bid. At the time, Christie was considering a Republican presidential run and wanted to demonstrate large bipartisan support. When Fort Lee's Democratic mayor refused to endorse Christie, the two defendants -- Bridget Anne Kelly, Gov. Christie's former deputy chief of staff, and William Baroni, the former deputy executive director of the Port Authority -- along with David Wildstein, another former Port Authority official, retaliated against the mayor by severely restricting the morning traffic flow from Fort Lee into Manhattan over the George Washington Bridge. For four days in September 2013, the defendants reduced the number of local access lanes from Fort Lee onto the bridge from three to one, with the intended effect of causing severe traffic jams in Fort Lee. As Kelly stated in a phone call to Wildstein, the goal was to send a message to the mayor that "life would be more difficult for him in the second Christie term." There is no evidence that Gov. Christie nor any other government officials in New Jersey or New York were involved in this scheme.

In order to disguise their political motives, Baroni, Kelly and Wildstein told the media and local officials that the lane changes were part of a traffic study and directed government engineers to analyze the ensuing traffic jams. They also hired an additional toll booth operator to wait on standby in case the operator assigned to the sole lane for Fort Lee needed to take a break. The scheme snarled traffic in Fort Lee, with Baroni and Kelly working in concert to ignore all inquiries from the mayor. The situation ended when the Port Authority's executive director discovered the plan and reversed what he called an "abusive decision." Baroni, Kelly and Wildstein all quickly lost their jobs.

On appeal, the 3rd U.S. Circuit Court of Appeals affirmed Baroni's and Kelly's convictions on the wire fraud and federal-program fraud counts but reversed their convictions for deprivation of civil rights. See United States v. Baroni, 909 F.3d 550 (3d Cir. 2018), rev'd and remanded by 2020 WL 2200833. The federal-program fraud statute bars "obtain[ing] by fraud" the "property" (including money) of a federally funded program or entity (like the Port Authority). 18 U.S.C. Section 666(a)(1)(A). The federal wire fraud statute makes it a crime to effect, with the use of wires, "any scheme or artifice to defraud, or for obtaining money or property by means of false or fraudulent pretenses, representations, or promises." Id. Section 1343. Baroni and Kelly argued that their fraud convictions should be overturned because no "property" was actually taken, as required under both fraud statutes, but the 3rd Circuit disagreed.

At the Supreme Court, the government acknowledged that under both fraud provisions, it needed to demonstrate that an "object" of the fraud was to obtain the Port Authority's property. The government argued that this requirement had been met in two ways: first, because the defendants sought to "commandeer" a portion of the bridge to control the traffic lanes; and second, because the defendants deprived the Port Authority of money and property by causing it to compensate the traffic engineers and back-up toll collectors needed to execute the lane reallocation plan.

The Supreme Court rejected both of these theories. The court noted that unless a bribe or kickback is involved, as required to prove honest services fraud (18 U.S.C. Section 1346), pursuant to Skilling v. United States, 561 U.S. 358, (2010), the prosecution of wire fraud or federal-program fraud by a public official requires that a scheme be conducted with the object of improperly obtaining money or property. In reaching this conclusion, the court relied on McNally v. United States, 483 U.S. 350 (1987), in which a former Kentucky official was charged with mail fraud in a self-dealing scheme that allegedly denied citizens their "intangible rights" to honest government. In overturning the conviction, the court held that fraud statutes were "limited in scope to the protection of property rights," McNally, 483 U.S. at 360.

Here, the Supreme Court ruled that defendants' lane realignment plan was a "quintessential exercise of regulatory power," and that regulatory choices do not constitute government property. While the decision to shut down the lanes from Fort Lee was done "for bad reasons" and accomplished by "resorting to lies," it was still ultimately a regulatory decision. As the court held in Cleveland v. United States, 531 U. S. 12, 23 (2000), in which the court reversed a defendant's fraud conviction for influencing Louisiana's issuance of gaming licenses, a state's "intangible rights of allocation, exclusion, and control" over a benefit do not "create a property interest."

While the court agreed that improperly taking a public employee's time and labor can support a wire fraud or federal-program fraud conviction, such a taking must be the object of the fraud rather than "an incidental byproduct of the scheme." The court cited to cases involving the use of "'on-the-clock city workers' to renovate" an official's daughter's home, or using public employees to conduct "gardening work for political contributors," as examples of public employee time and labor being the "object" of the fraud. (Citations omitted.) Here, since the labor and time at issue were merely incidental to defendants' lane realignment scheme, the convictions could not stand.

In the aftermath of the COVID-19 crisis and the unprecedented federal aid programs that the federal government has established in order to assist struggling businesses and local governments, we may see a surge of federal prosecutions relying on novel legal theories to combat everything from price-gouging to securities fraud, insider trading and public corruption. There will undoubtedly be alarming abuses that come to light and enormous pressure to bring the wrongdoers to justice. Kelly sends a clear message, however, that not every abuse of power or act of political retribution constitutes a federal crime, and that courts should continue to rein in attempts by overly aggressive prosecutors to improperly stretch the bounds of federal criminal law.

More directly, the unanimous decision in Kelly reinforces the Supreme Court's oft-repeated position in decisions such as McNally, and, more recently, McDonnell v. United States, 136 S. Ct. 2355 (2016) (unanimously vacating the conviction of a former Virginia governor by narrowly construing the definition of "official act" under the domestic official bribery statute), that federal prosecutions of state or local officials must cleave narrowly to the words of the applicable statutes. As the court found in McNally, prosecutors must avoid the temptation to use federal property fraud statutes to "set[] standards of disclosure and good government for local and state officials." 483 U.S. at 360. Instead, absent clear evidence of bribes or kickbacks, or that the object of the scheme was to fraudulently obtain government property, the Department of Justice should leave such policing to state or local prosecutors. 

Because defendants' scheme did not aim to obtain money or property, they could not have violated federal-program fraud or wire fraud laws.