The constitutional due process implications of giving prosecutors discretion to investigate and charge women for engaging in any behavior that poses a potential risk to a pregnancy are clear. Such an expansive read of the law would potentially criminalize an enormous range of behavior. 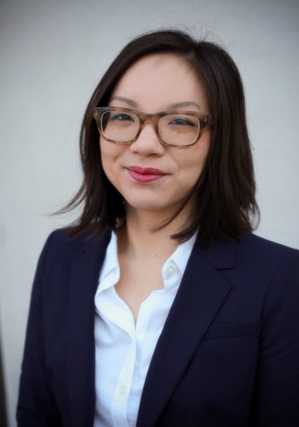 While she was still recovering from the loss of her pregnancy, the Kings County district attorney's office charged Becker, then 25, with murder under Section 187 of the California Penal Code. District Attorney Keith Fagundes contends that Becker's use of methamphetamines resulted in her stillbirth and thus, she should be criminally liable for murder. As a result, Becker has been held pre-trial in Kings County Jail for nine months and counting, unable to pay the enormous $2 million bail set in her case.

On its face, Section 187, while allowing murder prosecutions for the death of a fetus, explicitly excludes acts "solicited, aided, abetted, or consented to by the mother of the fetus." Attempts to reinterpret the law to criminalize a woman for her pregnancy outcomes are unconstitutional. In fact, the amendment that added fetuses as victims to the state murder statute was intended to punish those who harmed pregnant women -- not to criminalize the women themselves.

The California Legislature's 1970 expansion of Section 187 was in direct response to a California Supreme Court case that overturned the murder conviction of a man who had intentionally caused his estranged partner to miscarry. Contrary to what Kings County prosecutors have alleged, the law could not be clearer that pregnant women cannot be charged with murder for the outcomes of their pregnancies.

Indeed, California Attorney General Xavier Becerra -- the top law official in the state --filed an amicus brief in Becker's case, affirming that "a woman cannot be prosecuted for murder as a result of her own omissions or actions that might result in pregnancy loss" and that "the superior court erred in concluding otherwise." In a statement accompanying the brief, the attorney general stated that he is committed to "seeing Becker released from jail with the charges against her dropped and the law applied the way it was intended -- to protect women."

The constitutional due process implications of giving prosecutors discretion to investigate and charge women for engaging in any behavior that poses a potential risk to a pregnancy are clear. Such an expansive read of the law would potentially criminalize an enormous range of behavior, including drinking wine, taking prescription or over-the-counter drugs, or exceeding the speed limit while driving. And what level of dangerous behavior would result in a murder charge: one drink? Regular drinking? What level of risk to the pregnancy is required? How do you determine the degree of foreseeable harm? Must there be a medical consensus regarding the hazard? What if a woman decides not to wear a mask on a trip to the grocery store, later tests positive for COVID-19, and then suffers a miscarriage -- under the prosecution's proposed interpretation of the law, could she be charged with murder?

Women should not have to fear that their every action while pregnant will be closely scrutinized and potentially weaponized against them.

Stillbirths and miscarriages are sadly common occurrences, and about 16% of all pregnancies do not result in a live birth. There can be many contributing risk factors to these outcomes, and in fact science does not support a causal link between drug use and pregnancy loss. If people who have been marginalized are the most likely to experience pregnancy complications, then a law that punishes pregnancy outcomes would worsen already stark racial and socioeconomic disparities.

Nonetheless, District Attorney Fagundes not only remains defiant in his position, but goes out of his way to treat Becker with contempt. In a recent brief, the prosecution dedicates pages to painstakingly painting a dehumanizing picture of her struggle with drug dependency, even going so far as to argue that her outrageous $2 million bail is justified -- to prevent her from getting pregnant again.

Unfortunately, Chelsea Becker is not the only woman suffering from the district attorney's warped interpretation of the law. The same hospital that reported her to authorities also reported Adora Perez, 29, after she experienced a stillbirth in 2018. Fagundes likewise charged her with murder. Perez pled no contest and is now serving an 11-year prison sentence -- for a nonexistent crime.

The district attorney's prosecutions of Becker and Perez echo earlier, misguided attempts to address public health issues through criminalization. In the 1990s, the ACLU successfully represented several women in similar criminal cases who were charged with murder when they had stillbirths after alleged drug use. The courts in these cases correctly concluded that women could not be criminally charged for their pregnancy outcomes. Moreover, the state Legislature has considered numerous proposals before and since then to make pregnancy and drug use a crime and has consistently rejected a punitive approach, choosing instead to address these issues through public health and education.

California is considered a leader in reproductive rights, but as a large and diverse state, we also have pockets with conservative leadership fighting to hold us back. The Central Valley has emerged as ground zero for the struggle towards reproductive justice in our state.

The disturbing revival of policing and criminalizing pregnancy outcomes should alarm all Californians. Women who suffer from addiction should be treated with compassion and encouraged to seek treatment, not prosecuted and sent to prison. It's time to free Chelsea Becker and Adora Perez and put an end to the gross misuse of a law intended to protect -- not punish -- women. 

The ACLU has filed an amicus brief on Chelsea Becker's behalf, arguing for her immediate release and dismissal of her case.