It was a dream come true for the lifelong "Jeopardy!" fan and associate at Keker, Van Nest & Peters LLP, who had auditioned for the game show for a second time last fall. 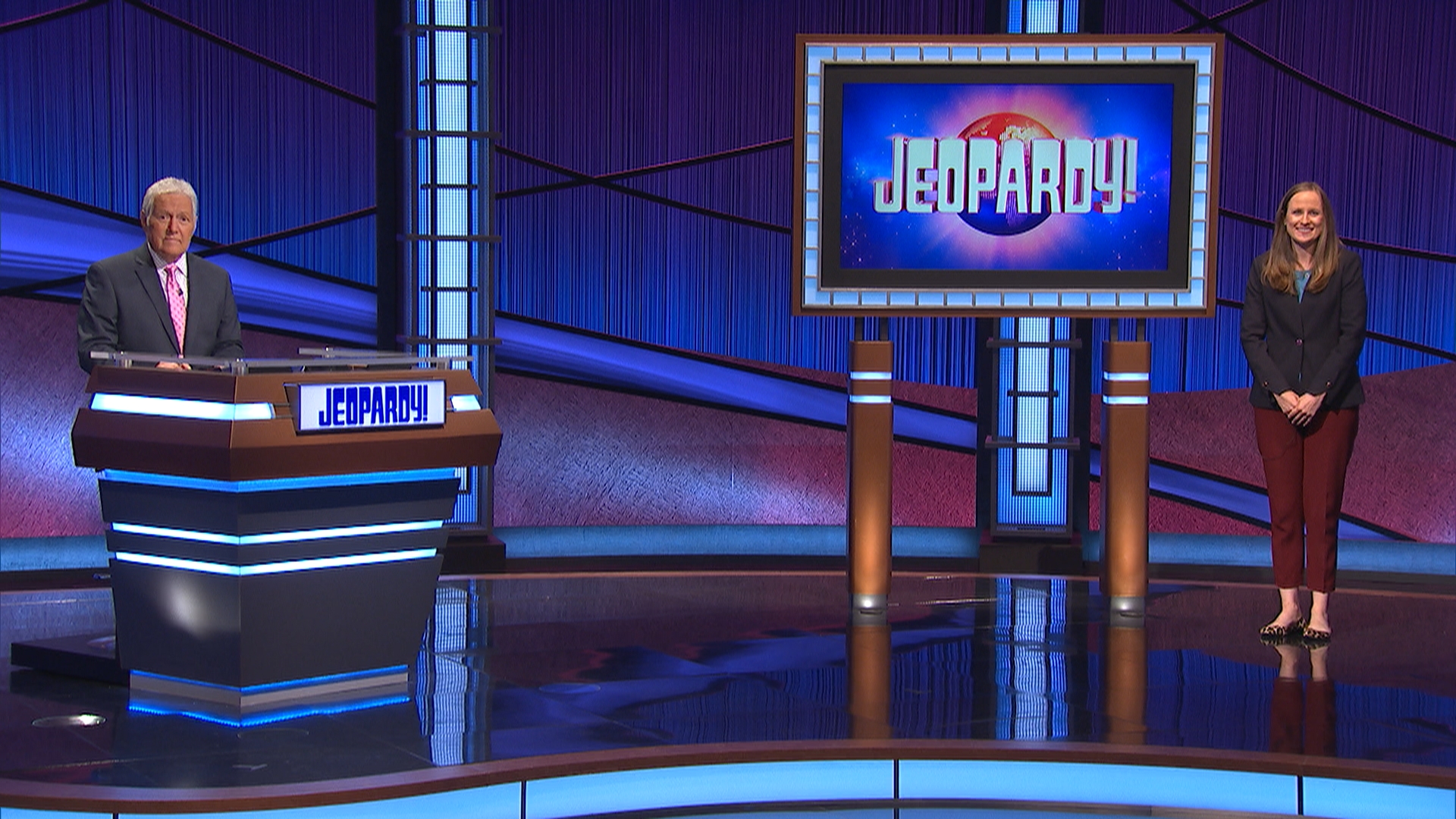 "They asked if I could appear in L.A. 12 days after that call," Hucek recalled. "So I flew to Chicago, got married and then my husband and I flew back to the West Coast, to Portland, and our honeymoon was driving from Portland down to L.A. so I could appear on 'Jeopardy!'."

It was a dream come true for the lifelong "Jeopardy!" fan and associate at Keker, Van Nest & Peters LLP, who had auditioned for the game show for a second time last fall.

"I would watch every day when I would come home from school," said Hucek of her childhood. "I would watch, have a snack and then do my homework after that. It was kind of like a daily ritual for me."

Hucek's previously recorded debut aired on Oct. 15. During her first appearance, she finished the game with a $700 lead over her fellow contestants, including this season's first five-day champion.

Thereafter, she appeared on three more episodes, the last of which aired on Tuesday, and she took home $25,808.

Also, she said, "You have to be ready to kind of think on your feet and be able to adapt quickly."

Hucek added her courtroom experience also helped ease her nerves in front of the show's producers and host Alex Trebek, who she described as quite intimidating.

"The courtroom skills and public speaking skills of a litigator are helpful and I think helped me project less nerves than I probably was feeling inside. In fact my colleagues told me that I appeared calm and collected even though I was very, very nervous inside," she laughed.

But what was most impressive about Hucek's performance was her nimbleness jumping from one category to the next, said colleague Brian L. Ferrall.

"I immediately got into that tense feeling that I've always had when watching "Jeopardy!" and of course the tension was for her. But, what I saw was her nimbleness, being able to jump through these different categories of questions and do it so well," said Ferrall, a partner at Keker, Van Nest & Peters. "It was awesome."

Her performance paralleled her work at the firm, working alongside the firm's partners on a broad range of litigation cases all at once ranging from copyright contact disputes to habeas corpus pro bono cases, he said.

Partner Justina Kahn Sessions echoed similar thoughts regarding Hucek's performance, stating she was not surprised at all to see Hucek excel.

She pointed at Hucek's ability to think quickly on her feet, her confidence and the ability to be articulate in a high stress environment similar to a courtroom or deposition.

"What I saw her do was some of the same things that you're asked to do as a litigator and particularly in a trial environment," Sessions added. "I couldn't be more pleased for her. We're very proud of her at Keker, Van Nest & Peters and aren't surprised that she's done really well."

"It's really fun to see our associates displaying themselves as phenomenally well-rounded people. I was just so impressed at how many different things she knew about. We'll have to find her some interesting case on some "Jeopardy!" topic one of these days," Sessions laughed.