The Singers in Law to perform at Dodger Stadium

The Jazz vocal quartet of lawyers and a former court reporter will sing an a cappella arrangement of the national anthem. 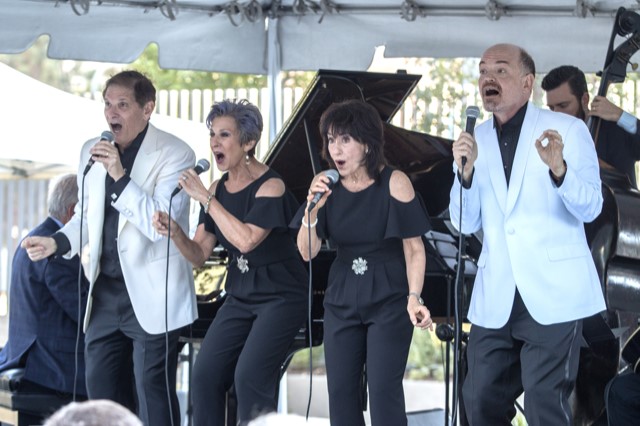 A jazz vocal quartet, The Singers in Law, will perform an arrangement of the national anthem at Dodger Stadium on Monday.

"We are thrilled to be able to perform before our largest live audience ever at the iconic Dodger Stadium," the quartet's founding tenor, Kenneth D. Freundlich, said Thursday.

The other members are baritone John P. Blumberg, alto Linda B. Hurevitz of Ballard Rosenberg Golper & Savitt LLP and soprano Barbara Gilbert, a former court reporter. They have been performing together since 2013 at Los Angeles area jazz clubs and for attorney groups, bar associations and nonprofits.

Their past performances also include two performances of the "The Star Spangled Banner" at Los Angeles Kings games at the Staples Center.

The group will perform a cappella Monday night before the game, but is usually accompanied by the Just-Us Quartet, led by Gilbert's husband, Justice Arthur Gilbert of the 2nd District Court of Appeal, on piano, and the Hearsay Horns.

Freundlich is an entertainment litigator. Blumberg is a plaintiffs' trial lawyer specializing in legal and medical malpractice. Hurevitz is a management side labor and employment attorney.