“This word is ubiquitous, and it is, the vast majority of the time, used incorrectly — or not in its historic meaning,” said Levi Plesset of Milstein Jackson Fairchild & Wade LLP. 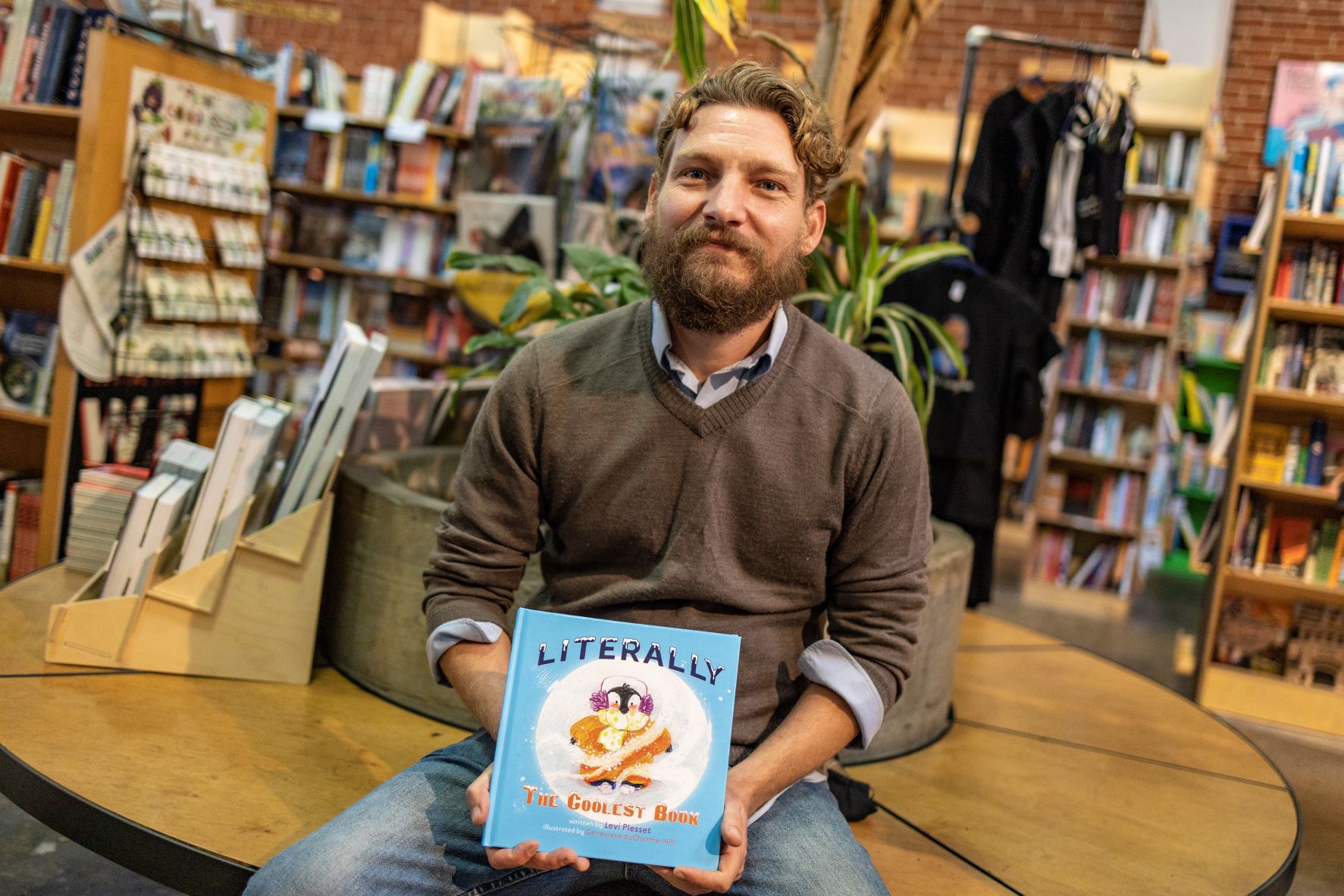 "I had a journalism professor at the University of Vermont 20 years ago who was a real word nerd, and he got me thinking about this stuff," Plesset explained with a laugh. "I remember during one of his classes he told us "dilapidated" had "lapis" in it, which is Latin for "stones," so "dilapidated" can't refer to dilapidated or rundown wood. It has to be a rundown stone."

It was that brand of zealous language precision that inspired Plesset to begin work on a children's book about five years ago in an effort to rescue the word "literally."

"This word is ubiquitous, and it is, the vast majority of the time, used incorrectly -- or not in its historic meaning," Plesset explained. "It's an important word. It's the only word that distinguishes the literal speech from the figurative speech in our language."

How many times in a week do we all hear someone who's taken a bite of something hot or spicy exclaim, "My mouth is literally on fire!" or someone who's recounting a frustrating situation say, "I was literally about to explode."

"If literally is now an emphasis for metaphor, then there's no way to distinguish figurative speech and literalist speech," said Plesset, who is an associate at Milstein Jackson Fairchild & Wade LLP.

Intended for kids ages 6 to 10, "Literally the Coolest Book" published by Pigsah Press debuted in August. Plesset said he wrote the book, which is a charmingly illustrated romp through the meanings of common idioms available now on Amazon and Barnes & Noble, for children and their parents.

"It's also a lesson for adults," Plesset said with a laugh. "While kids use this word all the time, they get it from adults who are misusing it. I wanted to show the literal and figurative meanings of idiomatic expressions and juxtapose those with visuals, and that really lends itself to a children's book format. But it is a teaching tool. It's really for parents to engage their kids and also something teachers can use for language lessons in their classrooms."

An English major at the University of Vermont, Plesset said he didn't really do a great deal of writing as a kid, but he always loved reading. After finishing his undergraduate degree, Plesset went into politics, fundraising for the Democratic National Committee during John Kerry's presidential campaign and working for former California State Assemblyman Fabian Núñez.

But Plesset said he didn't really begin to hone his writing skills until after graduating from Loyola Law School in 2012 and joining then Kabateck Brown Kellner LLP, where he'd often spend 15 hours a day writing.

"I'd be there on a Friday night at midnight, writing opposition submissions for summary judgments or demurs or prepping for deposition," he recalled. "Just the frequency of writing got me confident, and I was able to simplify complex information and reduce it to an argument super quickly."

Milstein Jackson associate Joseph J. Su said he and other attorneys at the firm frequently turn to Plesset for feedback on their writing in motions or briefs.

"We call him the professor," Su said with a chuckle, "because he's the guy we go to not only for grammatical issues but also for how things flow."

Su said he was one of many at the firm who were surprised to learn Plesset had written a children's book, but he also said his two young boys were excited to read it.

"They're always throwing the word 'literally' around without even knowing what it's about and what the real meaning could be," Su said of his sons. "Levi's book may not have corrected necessarily how they use the word 'literally,' but they definitely have a better understanding of it."

Plesset, who often handles plaintiffs' pharmaceutical and construction defect class actions at Milstein Jackson, said many of his family members and friends outside the firm were also surprised to learn he'd written the book. But the chance to do some decidedly different and especially creative writing was terrifically fun, according to Plesset, who said the project also provided some valuable away-from-the-law balance in his life over the last few years.

Although Plesset does say in the final pages of his "Literally the Coolest Book" that it is "a crusade to save the word 'literally,'" he insisted that language is supposed to change.

"I'm not waging a war on the evolution of language," he said. "It's natural; that's how this works. I just think this is a very unique moment and word where we lose something in the English dictionary if we don't recognize it."