On Thursday, the U.S. Supreme Court rejected the Biden administration’s effort to turn the Occupational Safety and Health Administration into a public health agency with limitless authority to regulate employers during a pandemic. 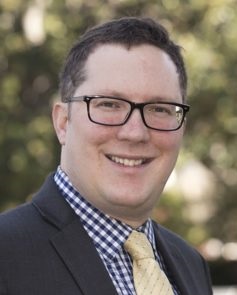 On Thursday, the U.S. Supreme Court rejected the Biden administration's effort to turn the Occupational Safety and Health Administration into a public health agency with limitless authority to regulate employers during a pandemic. At issue in NFIB v. Department of Labor (21A244) was a question of tremendous practical importance to over 84 million Americans subject to OSHA's controversial mandate that covered employees must either vaccinate or undergo weekly COVID-19 tests. Had the mandate gone into effect, it would have forced many into a Hobson's Choice between undergoing a medical procedure to which they object or losing their job. And perhaps surprisingly to those of us who believe that the fast-track development of the vaccine represents a miracle of modern science, many would have defiantly chosen to exit the workforce or to look for another job -- a prospect that had many employers worried in an already tight labor market.

Whatever your views on the propriety of vaccine mandates as a policy proposition, such a proscription must come from Congress. Yet as is often the case, we had a federal agency asserting an extraordinarily expansive view of its authority. According to the dissent, the Occupational Safety and Health Act can be stretched to allow OSHA's "experts" to impose a vaccine mandate; however, such an elastic view of OSHA's authority would allow OSHA to impose any conceivable rule in the name of protecting employee health and would therein contravene the tenant that Congress must decide the truly momentous issues in making law.

There is no place in a constitutional republic for delegating open-ended power for bureaucrats and policy experts to make law.

As James Madison warned, the consolidation of the lawmaking and executive powers together is the "very definition of tyranny." As such, the majority was right in stressing that "our system of government" vests the responsibility of weighing competing policy concerns with our elected lawmakers who are "chosen by the people through democratic processes." And as the Court has always affirmed, the Constitution forbids Congress from simply delegating its lawmaking powers to the executive branch.

In this case, OSHA was operating outside its purview. As the majority understood, OSHA exists only because Congress created the agency and gave it a specific purpose. OSHA is charged with addressing hazards uniquely arising from the workplace like poor ventilation or potentially dangerous equipment. But with this mandate OSHA was claiming that its regulatory authority extended far beyond traditional workplace health and safety issues to encompasses the entire universe of public health concerns that might affect individuals in their everyday lives. If endorsed, OSHA's interpretation would have allowed the agency to wield a roving power not only to require vaccines but also to shutter entire industries or to impose any conceivable rule in the name of promoting employee health even during ordinary times.

As recognized by Justice Neil Gorsuch in his powerful concurrence, OSHA's construction would "afford it almost unlimited discretion" without meaningful constraints. Such a sweeping delegation of rulemaking power would almost certainly violate the non-delegation doctrine -- i.e., the constitutional precept that only Congress may make law. But in rebuffing OSHA's elastic interpretation, the Court avoided these thorny constitutional questions.

The Supreme Court appropriately heeded the well-established rule that we do not interpret general language as opening Pandora's Box. As colorfully explained by Justice Antonin Scalia, the common-sense presumption is that Congress does "not hide elephants in mouseholes." Whitman v. American Trucking Ass'ns, Inc., 531 U.S. 457 (2001). And as Gorsuch emphasized, this rule re-enforces separation of powers principles by putting the onus on Congress to speak clearly if it intends to authorize rulemaking power on particularly sensitive subjects. This approach only makes sense if we take seriously "the balanced structure of our Republic." As Justice Robert Jackson stressed in Youngstown Sheet & Tube Co. v. Sawyer, it is vital that we protect this constitutional structure because "men have discovered no technique for long preserving free government except that the Executive be under the law, and that the law be made by parliamentary deliberations." 