The franchise industry has been a particular target of state administrative actions and employee lawsuits because of franchise agreements’ typical provision prohibiting franchisees from poaching other franchisees’ employees. 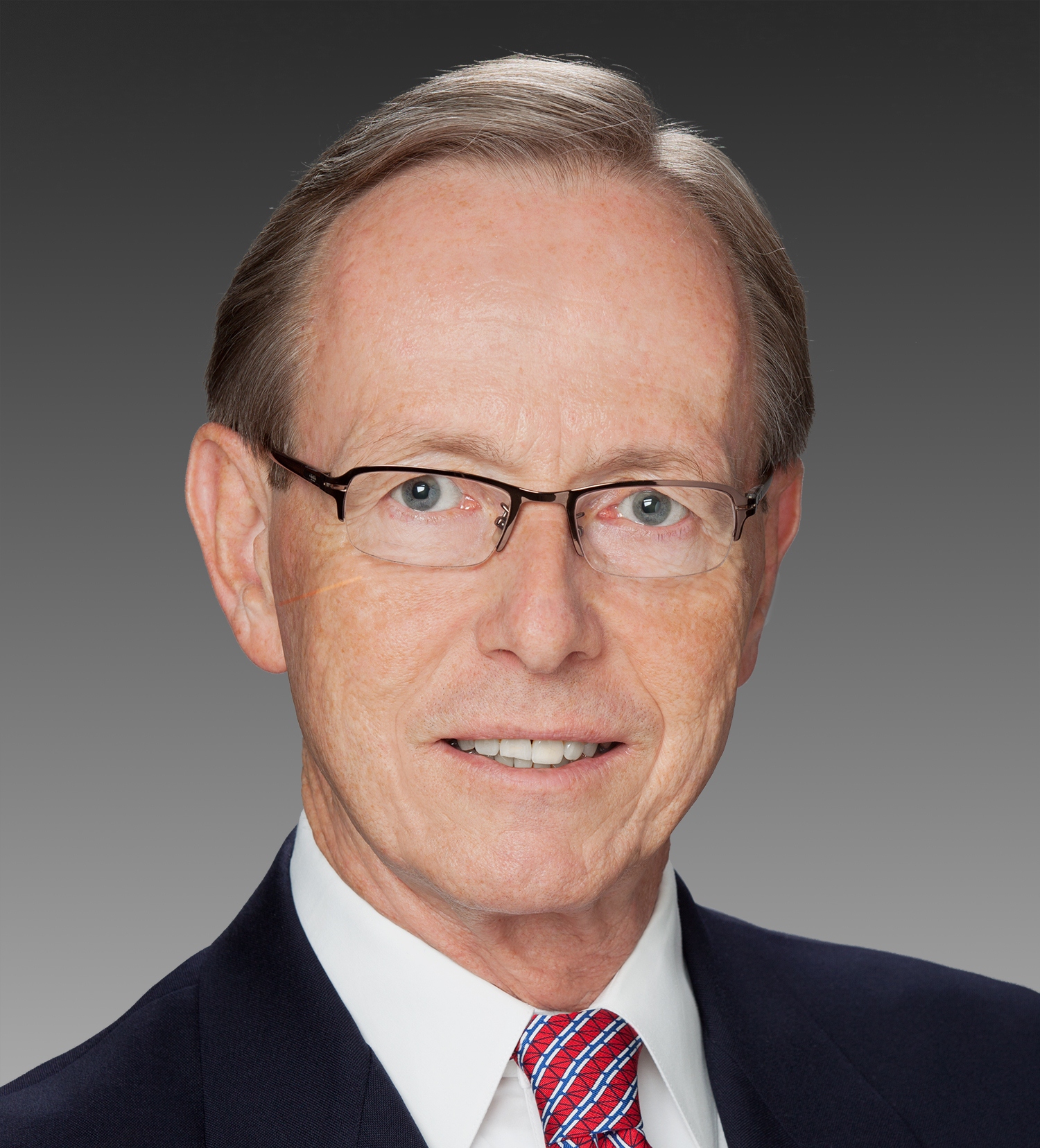 California law has long embraced and supported the public policy of unfettered worker mobility. See, e.g., Cal. Bus. & Prof. Code §§ 16600-16607; Edwards v. Arthur Andersen LLP, 44 Cal. 4th 937 (2008). Despite this policy, and because of employers’ obvious interest in retaining valuable, trained employees, employers have attempted various workarounds, such as restrictive employee covenants, as a means of protecting their businesses from raiding by other firms. Those covenants are under continuing legal challenge, including a summer 2021 Biden Administration Executive Order that, among other things, encourages the Federal Trade Commission to exercise its statutory authority to “curtail the unfair use of non-compete clauses and other clauses or agreements that may unfairly limit worker mobility.” Executive Order 14036, “Promoting Competition in the American Economy” (Jul. 9, 2021). As a result, some employers have gone farther, occasionally enlisting the cooperation of others in their industry.

While employee non-solicitation, no-hire or “no poaching” agreements between competitors may be permissible if ancillary to an otherwise lawful agreement – such as in an agreement to sell a business – a no-hire agreement between competitors risks per se illegal treatment under the antitrust laws. For example, the U.S. Department of Justice initiated civil litigation in 2010 against several high-tech companies, including Apple, Google, Lucasfilm, Pixar, Adobe and Intel, claiming that their agreements with one another not to hire or solicit each other’s employees constituted a naked restraint on competition that was per se unlawful under Section 1 of the federal Sherman Act. U.S. v. Adobe Systems, Inc., Case No. 1:10-cv-01629, http://www.justice.gov/ atr/cases/f262600/262654.htm (Sept. 24, 2010). The defendants ultimately settled the DOJ claims by consenting to alter their hiring practices. Id., Final Judgment, http://www.justice.gov/ atr/cases/f272300/272393.htm. The defendants remained subject to follow-on civil antitrust lawsuits that were ultimately settled for more than $400 million.

The DOJ did not stop with just one case. In 2016 the Division announced that it intended to proceed criminally against naked no-poach and wage-fixing agreements – adopted by competitors for the sole purpose of restricting the hiring or recruiting of one another’s employees, or to fix wages or other terms of employment – and issued specific guidance on the subject. U.S. Dept. of Justice & Fed. Trade Comm., Antitrust Guidance for Human Resource Professionals (Oct. 2016). Since that time it has initiated investigations, indictments and litigation in an ever-increasing number of no-poach cases. Other government entities and civil claimants have pursued antitrust or unfair competition claims against similar practices. As an example, Markson v. CRST Int’l, Inc., Case No. ED CV 17-1261-SB (SPx) (C.D. Cal. filed Jun. 22, 2017), is a putative class action of truck drivers alleging that nine trucking companies agreed not to poach each other’s drivers in order to reduce their labor costs. Several rounds of motions to dismiss have been denied, with the court finding that plaintiffs adequately alleged a horizontal competitor agreement, subject to per se scrutiny under the antitrust laws. Most of the original defendants have settled out for substantial payments.

Multiple individual and class action lawsuits have been filed against franchisors alleging injuries due to no-hire provisions in franchise agreements. Courts have ruled that such provisions may well violate Section 1 of the Sherman Act, but there is no clear consensus on the underlying theory. See e.g., In re Papa John’s Employee & Franchisee Employee Antitrust Litigation, No. 3:18-cv-0825, 2019 WL 5386484, at *10 (W.D. Ky. Oct. 21, 2019) (finding that franchisees plausibly alleged that franchisor violated the Sherman Act). These provisions have been challenged on the ground that they suppress wages by limiting the number of employers for which an employee may work. See, e.g., Turner v. McDonald’s USA, LLC, No. 19-cv-5524, 2020 WL 3044086, at *2 (N.D. Ill. Apr. 24, 2020) (denying defendant’s motion to dismiss and finding no hire clauses to have an anti-competitive effect similar to that of a cartel of buyers). Similarly, in Fuentes v. Jiffy Lube Int’l, Inc., No. 2:18-cv-05174-AB (E.D. Pa. Nov. 29, 2018), the court denied a motion to dismiss where plaintiff alleged that owners of franchised Jiffy Lube shops were impermissibly barred by their franchise agreements from hiring anyone who had worked at another Jiffy Lube franchise within the last six months; the court finding that the plaintiff “has plausibly alleged a conspiracy that may, in part or in full, be characterized as ‘horizontal.’” Id., Explanation and Order (filed Nov. 25, 2019). The case has since settled in principle, with a definitive settlement agreement pending.

Although franchise agreements reflect vertical relationships between franchisors and franchisees and are thus in a category generally assessed under the more lenient rule of reason test, some courts have treated franchise no-poach provisions as primarily horizontal or “hub and spoke” restraints, particularly where the enforcement mechanisms operate horizontally. See Butler v. Jimmy John’s Franchise, LLC, 331 F. Supp. 3d 786, 796 (S.D. Ill. 2018) (where franchisees are third-party beneficiaries of a no-hire provision, and thus have a contractual right to enforce the no-hire agreements directly against each other, the anticompetitive effects are horizontal and complaint sufficiently alleged a “hub and spoke” arrangement); In re Papa John’s, supra, at *1 (on motion to dismiss, court found that employees plausibly alleged that the franchisor-orchestrated agreements are horizontal rather than vertical in nature).

Courts have not yet determined whether such arrangements in the franchise context are per se illegal or whether they should be judged under the rule of reason due to procompetitive benefits (such as encouraging employee training opportunities). See, e.g., Deslandes v. McDonald’s USA, LLC, No. 17 C 4857, 2018 WL 3105955, at *7 (N.D. Ill. June 25, 2018) (anti-poaching clause was ancillary to a procompetitive agreement and thus subject to the rule of reason or quick-look analysis); Ogden v. Little Caesar Enterprises, Inc., 393 F. Supp. 3d 622, 633 (E.D. Mich. 2019), appeal dismissed, No. 19-1986, 2020 WL 948507 (6th Cir. Jan. 28, 2020) (not deciding which analysis is appropriate, but finding the allegations insufficient under the per se, rule of reason and quick look standards); In re Papa John’s, supra, at *9 (reserving determination of per se or rule of reason analysis pending further factual development).

The message for companies seeking to agree with competitors not to raid each other’s employees is simple: Don’t try it, as wage-fixing and no-poach agreements may well be found unlawful even if the basis for the agreements may be procompetitive, such as a reduction in the employing company’s costs that would translate into lower consumer prices.