To date, Biggs has asserted he is a retired lawyer. Eastman is being investigated by the California state bar and Guiliani has been temporarily suspended from the practice of law by the New York and D.C. bars. But none of this is enough. 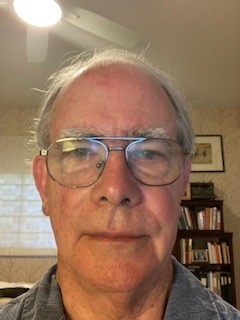 Broderick is a former federal prosecutor and defense attorney, as well as a law school professor.

As the hearings continue for the House Select Committee to Investigate the January 6th Attack on the U.S. Capitol, one fact was established beyond dispute during two sessions: several lawyers were involved in conspiracies to violate three separate federal laws:

All three criminal conspiracies require an agreement between two or more people to engage in illegal conduct and at least one action by one person in furtherance of that agreement. The first illegal agreement was to get Vice President Mike Pence to unilaterally reject lawful electoral votes. The second was to submit slates of false state electors to the National Archives and Vice President. And the third was to “find” over 11,000 votes in Georgia. Calls, emails and testimony establish more than sufficient overt acts committed in furtherance of these illegal agreements.

Although the full extent of these conspiracies and all the people involved have not yet been publicly disclosed, the Committee has revealed that the following lawyers were part of one or more of these agreements: John Eastman (California lawyer), Rudolph Giuliani (New York and D.C.), Cleta Mitchell (D.C.), Kenneth Chesebro (New York) and Andy Biggs (Arizona, D.C. & New Mexico).

Lawyers in every state and the District of Columbia are subject to regulatory standards of conduct. To date, Biggs has asserted he is a retired lawyer. Eastman is being investigated by the California state bar and Guiliani has been temporarily suspended from the practice of law by the New York and D.C. bars. But none of this is enough.

All jurisdictions authorize disbarment for acts of dishonesty, fraud, deceit, or misrepresentation. Seven of the twelve lawyers involved in the Watergate scandal, including Richard Nixon, were disbarred. In most of these cases, this sanction was not imposed until after a criminal conviction; in part because such a conviction is sufficient to justify disbarment. In addition, by delaying bar action, reviewing authorities in these cases did not have to contend with any self incrimination issues.

In Nixon’s case, however, he was pardoned; thus, there was no criminal conviction. Instead, the charges leading to his disbarment were supported by documentary evidence, such as the tapes of Mr. Nixon himself, excerpts of testimony of individuals given to various Congressional committees and affidavits. Similar clear and convincing evidence exists now against each of the lawyers listed above.

Each one will be permitted in a state bar proceeding to present whatever defense they wish to raise. It is not a defense, however, that one delusional lawyer created the cockamamie ideas that Vice President Pence could individually negate the results of a full and fair election, that sham electors could influence a Congressional proceeding, or that Georgia’s secretary of state could find imaginary votes. Testimony and evidence at the two hearings demonstrated that every single attorney listed above received contrary, far more intelligently-presented legal advice before agreeing to break the law.

It is a privilege and responsibility to be an attorney at law. None of these individuals should be permitted to call themselves lawyers any longer. Time to get the disbarment shows rolling. There is no reason to delay.