Everyone benefits when judges have more retirement options

The law opens the door for judicial professionals who meet the law’s criteria to step into new and important roles, such as working as neutral mediators and arbitrators, without forfeiting their hard-earned retirements. 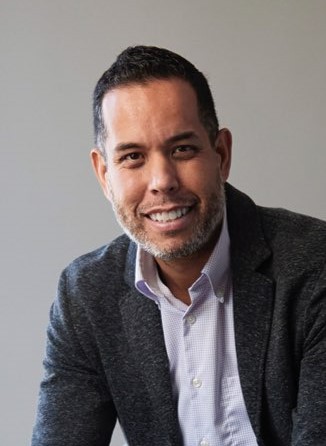 On September 25, Governor Gavin Newsom signed into law AB 2443, which amends the Judges Retirement System to allow for early retirement. Few lay people would find this development exciting or impactful, but in my world that change is significant. Until now, judges have been eligible to retire only when they were 65 years old and had 20 or more years of judicial service, or when they were 70 and had at least five years as a judge under their belts. They had to meet these vesting requirements before they could get benefits, even if they were dealing with declining health, burnout, or other personal issues that forced them from the bench.

No longer. Under the new law, for a period of five years - from Jan. 1, 2024 until Jan. 1, 2029 - judges who are not otherwise eligible to retire can elect to retire and simply defer their monthly allowances. To be eligible for these benefits, the judge must be at least 60 years of age with 15 years or more of service, or 65 years of age with a minimum of 10 years of service. The retirement allowances would be based on the judge's final compensation and years of service adjusted by percentages that vary in relation to "full retirement age" and when the judge retires.

The change has been a long time coming. AB 2443 was the product of work done by the California Judges Association in conjunction with CalPERS and the California Department of Finance, with input from a pension expert, to make the new law revenue-neutral. It was strongly endorsed by the 72,000-member California Lawyers Association, which cited "fairness in the administration of justice and the rule of law" in its letter to the Governor in support of the bill.

The end result of the law is not just earlier access by judges to their retirement benefits, but access by the entire legal profession and the public to the expertise and balanced approach to justice that is exemplified by those who have sat on the bench. The law opens the door for judicial professionals who meet the law's criteria to step into new and important roles, such as working as neutral mediators and arbitrators, without forfeiting their hard-earned retirements. It brings a new level of expertise to the world of alternative dispute resolution (ADR), which benefits all parties seeking alternatives to litigation.

As a founding member of one of the most well-regarded ADR practices in the state, I see nothing but upside as a result of this development. The past two years have been a turning point for our industry, as courts were shut down, trials were delayed, and aggrieved parties were forced to wait months or years for resolution of their claims. We saw more litigants turning to ADR as a way to work through their disputes and reach settlements that would allow them to move forward with their lives. ADR saved them not only inordinate amounts of waiting time but also the considerable costs associated with courtroom trials.

All of the neutrals in our firm - whether former advocates or judges - understand the importance of remaining truly neutral. They know that the parties in a mediation deserve to be treated with respect and must be provided a platform to tell their stories. They know that if a party doesn't feel that this has happened, he or she will be far less likely to embrace a proposed settlement.

Judges have spent years honing these skills, listening to both sides in courtroom disputes and reaching decisions based on the law. When it comes to working in the ADR arena, therefore, retired judges can hit the ground running. The changes to the Judges Retirement System now give these professionals an opportunity to continue using their skills and expertise, while also providing an invaluable pool of resources for erstwhile litigants and their counsel.