A matter of life or death 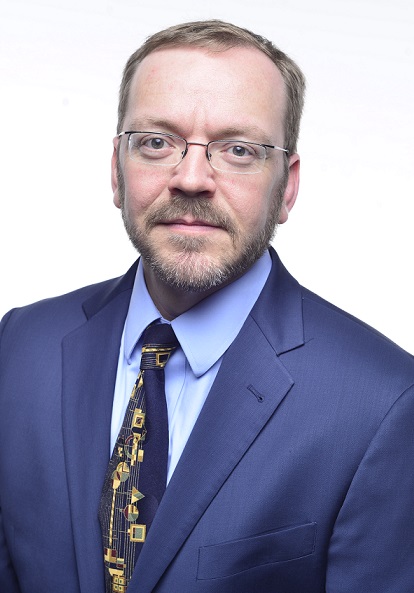 The Supreme Court heard arguments Wednesday (Nov. 9) in a case that could spell life or death for countless Native American children whose fate is currently governed by the Indian Child Welfare Act (ICWA) - a federal law that strips them of the legal protections other children enjoy.

When it was adopted in 1978, ICWA was supposed to protect Native children, by halting practices whereby states purposely tried to remove them from their families and force them into assimilating with white society. But as often happens, Congress' careless wording resulted in a law that actually harms the very children Congress set out to protect - and which violates several vital constitutional principles. It overrides the "best interest of the child" standard, forces state child welfare agencies to send Native kids to homes known to be abusive, and effectively forbids white, black, Asian, or Hispanic adults from adopting them.

Most shockingly, ICWA - unlike every other Indian law - doesn't apply just to tribal members, or on tribal land. Rather, it applies to children who are merely "eligible" for membership, based exclusively on their ancestry, and it applies off reservation. This means a child can be deemed "Indian" under ICWA even if she has no cultural, social, or political connection to a tribe, and has no idea she has Native heritage. And it means that a child who is fully acculturated to a tribe is not deemed "Indian" under ICWA if she lacks the biological ancestry required for membership. That differentiates ICWA from the principle enunciated in Morton v. Mancari, 417 U.S. 535 (1974), which said Congress can treat tribal members differently from non-members because tribal membership is essentially a political, rather than a racial, distinction. Under ICWA, all that matters is biology.

That's important because ICWA imposes rules that states must follow in child welfare cases involving Indian children - rules that are less protective of, and even downright harmful to, these children. Its "active efforts" requirement, for instance, forces state officials to return abused Indian children to homes known to be abusive - often with fatal consequences - which would not happen under the rules that apply to white, black, Asian or Hispanic children. And ICWA imposes race-based limits on adoption - effectively forbidding Indian children from being adopted by non-Indian adults, even where the birth parents want that adoption to occur.

In short, ICWA makes it harder for states to rescue abused Indian children, and virtually impossible to find them safe, loving, permanent homes. The case before the Supreme Court last week, Brackeen v. Haaland, involved a Native couple's voluntary decision to have their son adopted by the non-Native Brackeen family - a decision ICWA allowed tribal politicians to veto, which they did.

Overriding state adoption law in this way doesn't just violate the Constitution's equality requirements, but also infringes on the "anti-commandeering" rule, which says states must obey federal laws, but can't be required to enforce them. Lawyers for the state of Texas argued Wednesday that the "active efforts" and race-based placement rules compel the state to enforce federal commands even when trying to employ child protection powers that are a quintessential state law matter.

But the federal government's lawyers argued that this poses no problem because Congress has "plenary" power to legislate regarding Indians - a word synonymous with "absolute" or "total." Such absolute power, they suggested, overrides traditional limits on federal power.

Of course, that extreme degree of authority would enable Congress to treat Native Americans differently whenever lawmakers believed doing so is beneficial to tribal governments - which prompted Justice Samuel Alito to ask some revealing hypothetical questions of Deputy Solicitor General Edwin Kneedler.

"Could Congress," he asked, "say that an Indian child may not be adopted by a non-Indian couple under any circumstances?" When Kneedler avoided answering, Justice Amy Coney Barrett followed up: "So you would say that Congress's power to regulate Indian affairs is plenary so long as it's rational...?" When Kneedler again hesitated to articulate any limit to federal power, Barrett prodded: "Limits from the Constitution would apply, like equal protection" - to which Kneedler finally replied, "Yes, they would apply."

That concession is critical - and common sense. After all, the Constitution gives no branch of government unlimited or absolute power. The Supreme Court has used the word "plenary" to describe Congress' power over foreign affairs, over the military, and even over the District of Columbia - but nobody would suggest that lawmakers deprive foreigners, or soldiers, or District residents of their freedom of speech, or property, or of legal protections based on their race. Yet ICWA does take away children's rights based on their race, even overriding the "best interests of the child" rule, which says courts must consider all circumstances involving a particular child and prioritize that child's individual needs. ICWA replaces that rule with what Kneedler called a federal "framework" - an across-the-board rule that it is always in the best interests of an "Indian child" to be placed in what ICWA calls "the Indian community," even if that means placing the child with members of a different tribe. Some state courts have even said there are two different "best interests" tests - one for children of other races, which prioritizes their specific needs, and another for Indian children, under which their particular needs are counterbalanced by the demands of tribal governments.

The problem with that argument is that the Supreme Court declared in Stanley v. Illinois, 405 U.S. 645 (1972), that blanket presumptions about a child's best interests violate the due process clause. Imposing an across-the-board rule on all children of a particular race compounds that problem with a violation of the equal protection principle. And if, as Kneedler admitted, even Congress' allegedly "plenary power" must be limited by the Constitution, there can be no excuse for ICWA's race-based burdens.

But the most profound exchange in the arguments came when the Brackeens' lawyer, Matthew McGill pointed out an obvious but crucial point: Indian children are not foreigners, but fellow Americans with a right to the same legal protections that children of other races enjoy.

"They are citizens of the United States and the states in which they reside," McGill said. "They are persons within the meaning of the Fifth Amendment. And they have liberty interests that the tribe cannot override."