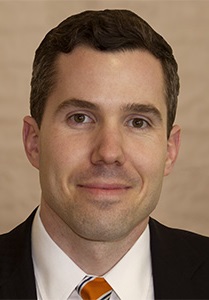 Crawford is the owner of the free, online, tentative rulings database: www.rulings.law. He concentrates his practice on transportation accidents and qui tam claims.

Gary is riding his bike along a road next to the woods when a tree branch suddenly falls and injures him. It turns out that the tree is growing in a park that is government-owned property. Does Gary have a claim against the government for his injuries? The answer to this question is controlled by Government Code Section 831.2.

First enacted in 1963, the purpose of Section 831.2 (commonly known as the "natural condition immunity" defense) is "to ensure that public entities will not prohibit public access to recreational areas due to the burden and expense of defending against personal injury suits and of placing such land in a safe condition." Goddard v. Department of Fish & Wildlife, 243 Cal. App. 4th 350, 360 (2015).

In order to prove a "natural condition immunity" defense, the government has to meet four elements: (1) the plaintiff's harm was caused by (2) a natural condition (3) of an unimproved (4) public property. See CACI No. 1110. These terms are not defined by Section 831.2, and the elements tend to overlap in the caselaw interpreting it. Therefore, it is suggested that the best way to analyze the applicability of this defense in any given tree injury case is to answer the following four questions:

2. How was the tree treated by the public entity?

A tree will also be considered a "hybrid condition" instead of a "natural condition" if the government "engaged in conduct which actively increased the degree of dangerousness of [the tree]." Morin v. County of Los Angeles, 215 Cal. App. 3d 184, 194 (1989). For example, in Meddock v. County of Yolo, 220 Cal. App. 4th 170, 175 (2013), the court suggested that poorly pruning the tree could cause a nonnatural danger. By contrast, in City of Chico, the court found that poor pruning did not cause the tree to be a nonnatural condition. Ultimately however, whether a tree is a "natural condition" is generally considered to be a question of fact. County of San Mateo, 13 Cal. App. 5th at 731.

Similarly, "section 831.2 is no bar to liability where a public entity voluntarily assumes the duty of protecting the public from a hazardous condition, and then negligently fails to perform that duty." Winterburn v. City of Pomona, 186 Cal. App. 3d 878, 882 (1986).

3. Where was the plaintiff harmed?

First, the "natural condition immunity" defense only applies to users of the recreational area, not nonusers who are harmed on adjacent property. For example, in Milligan, the defense did not apply when a tree that was growing on city property fell onto the plaintiffs' house.

4. Where was the tree located?

Next, if the court is following Alana M., the tree has to be on "unimproved" land. When there has been some form of artificial, physical change to the nature or characteristics of the property, it has been "improved." Alana M., 245 Cal. App. 4th at 1489; see also Mercer v. State of California, 197 Cal. App. 3d 158, 165 (1987). However, it is the immediate area around the tree that matters because "improvements in one portion of public property do not destroy governmental immunity for unimproved areas." County of San Mateo, 13 Cal. App. 5th at 731. Whether the relevant property is "unimproved" is generally a question of fact. Ibid.

Answering the above questions in Gary's case: (1) the tree was a Valley Oak and thus native to California; (2) government employees properly maintained the tree and did not cause the branch to fall; (3) Gary was harmed on improved land adjacent to the park; and (4) the tree was located on unimproved, government land. Therefore, Section 831.2 does not apply because it would not serve the purpose of preserving unimproved recreational public property for all to enjoy since Gary was not using the park when he was hurt. 

The author wishes to thank Ronald L. M. Goldman and Timothy A. Loranger for their valuable feedback on this article.