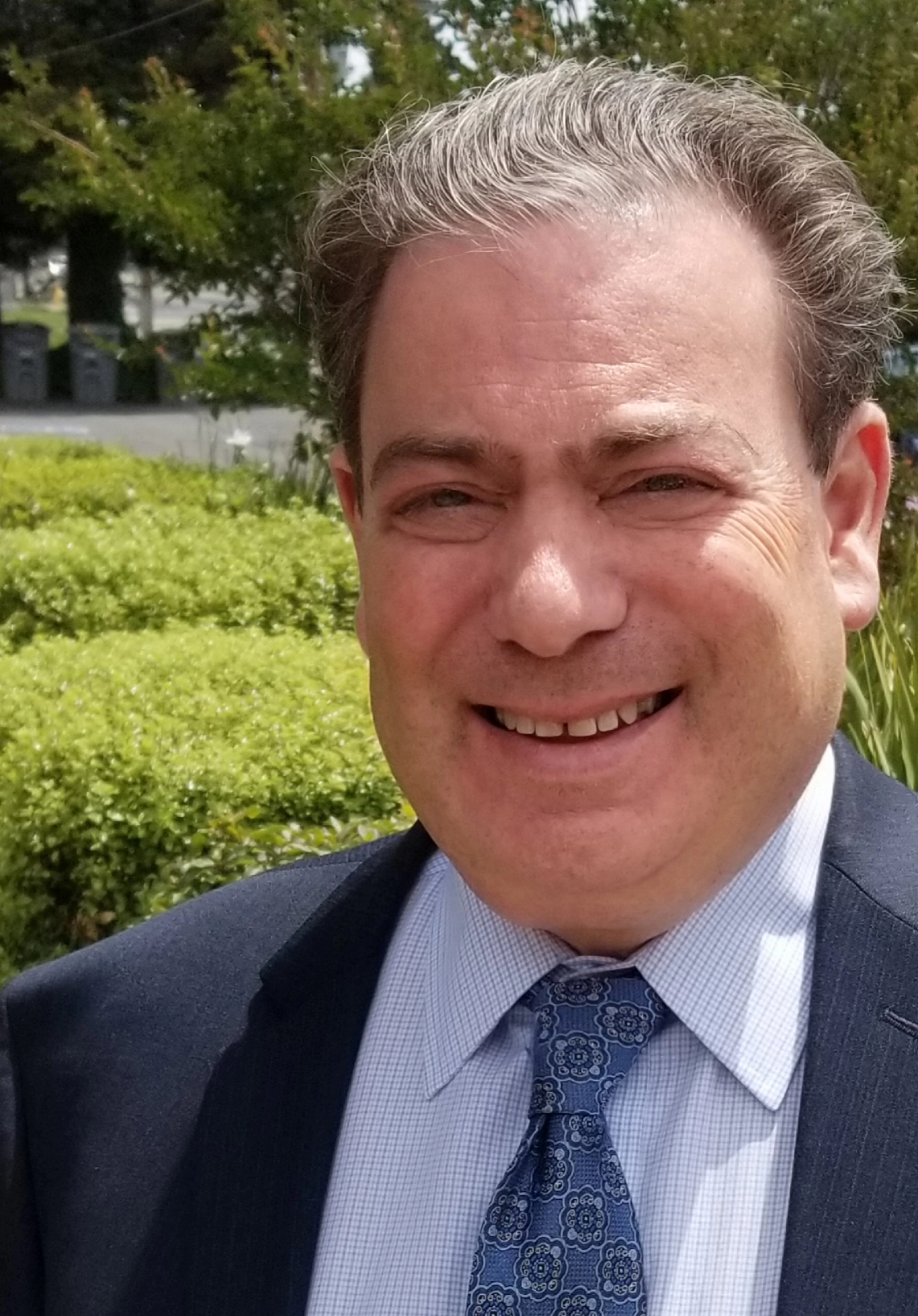 A conviction need not be the end of the road for a criminal defendant. Here is a quick primer on the fundamentals of preparing, briefing, arguing and winning an appeal.

Immediately following judgment, defense counsel should act upon a client's statutory (see Cal. Pen. Code Sections 1237 [felonies], 1466(b) [misdemeanors and infractions]) right to appeal. A notice of appeal must be filed within 60 days of judgment in a felony case (Cal. Rules of Ct. 8.308(a)) and within 30 days of judgment in a misdemeanor case (Cal. Rules of Ct. 8.852(a)). Trial counsel should generally file the notice of appeal on the defendant's behalf; a failure to do so, or to instruct and assist the defendant in filing the notice, may subject trial counsel to disciplinary action by the State Bar. See In re Benoit, 10 Cal. 3d 72, 88 (1973).

An appellate court is generally "without jurisdiction to determine the merits of the appeal" if a notice of appeal is not timely filed. People v. Lyons, 178 Cal. App. 4th 1355, 1361 (2009). However, a defendant may be relieved of his failure to timely file his notice of appeal where compelling circumstances invoke the common law doctrine of "constructive filing," permitting the late notice to be deemed timely. Benoit; People v. Slobodion, 30 Cal. 2d 362, 366-67 (1947). Counsel seeking to invoke this doctrine should do so by way of a petition for writ of habeas corpus or a noticed motion. People v. Zarazua, 179 Cal. App. 4th 1054, 1063 (2009).

Once the notice of appeal is filed, both the clerk's and reporter's transcripts must be completed within 20 days. Cal. Rules of Ct. 8.336(c)-(d). Counsel who has determined that relevant materials have been omitted from the normal record should file a notice with the trial court requesting their submission to the reviewing court. Cal. Rules of Ct. 8.155(b)(1). If the clerk fails to comply with the request within 10 days, or if a necessary material is not part of the normal record, counsel should file a formal motion to augment the record in the reviewing court. Cal. Rules of Ct. 8.155(a), 8.340(c). The motion should explain why the requested augmentation is "useful on appeal." People v. Gaston, 20 Cal. 3d 476, 482 (1978).

Reviewing the record and identifying viable issues for appeal is, arguably, the most difficult and important part of the appellate process. An important resource in this task is often trial counsel themselves, whose familiarity with the proceedings can prove both enlightening and optimizing. But in order to prepare an appeal, trial counsel's thoughts and opinions cannot be the end-all, be-all; sometimes the most promising claims for relief arise from errors that trial counsel did not recognize, and therefore that went entirely uncorrected. The objections raised, and motions submitted, by trial counsel are undoubtedly a good starting point, but those objections and motions neglected might prove the most important of all.

The opening brief itself should contain the requisite cover page and tables of contents and authorities, along with a brief statement of the case reciting the procedural history, a concise statement of appealability, and a statement of facts. See Cal. Rules of Ct. 8.204(a). Any references to the record contained in the brief should be supported by specific citation to the clerk's transcript or reporter's transcript. Ibid. The brief is limited in length to 25,500 words for felonies (Cal. Rules of Ct. 8.360(b)); 6,800 words for misdemeanors (Cal. Rules of Ct. 8.883(b)); and 5,100 words for infractions (Cal. Rules of Ct. 8.928(b)). When warranted, an application to exceed this word limit can be filed, and in most courts, can be filed alongside the proposed brief. But it is incumbent upon counsel to establish a unique need for the excess words, and the application will often be met by a compromise allowance of some shorter length than requested (or an outright denial). Although some practitioners include summaries of arguments or a description of the questions on appeal in order to guide the reviewing court's attention, such inclusions are not strictly necessary. What is certainly advised is that the brief contain precise arguments related to clearly delineated issues. Separate arguments must appear under separate headings (Cal. Rules of Ct. 8.204(a)), and those headings should clearly describe the thrust of the argument.

Applicable standards of review and prejudice standards should likewise be clearly stated. The standard of review is used to determine whether error occurred, and is generally either "de novo," "abuse of discretion" or "substantial evidence" (or, for issues involving questions of both fact and law, a mixture thereof). The applicable prejudice inquiry, on the other hand, informs whether the error warrants reversal. Although a few core federal constitutional errors are considered "structural" and thus prejudicial per se, most constitutional errors are subject to the "reasonable possibility" standard set forth in Chapman v. California, 386 U.S. 18 (1967). Still other errors are subject to the more onerous "reasonable probability" standard set forth in People v. Watson, 46 Cal. 2d 818, 836 (1956). Although these standards are nearly all inherently subjective and creative issue-framing may allow a clever defendant to obtain the application of a more favorable standard, the applicable standard should be addressed head-on. And finally, if multiple errors occurred, consider whether the doctrine of "cumulative error" may apply. See People v. Hill, 17 Cal. 4th 800, 844 (1998).

Once the opening brief has been filed, the state will have 30 days to file the respondent's brief. Cal. Rules of Ct. 8.360(c), 8.882(a), 8.927. The defendant will then have 20 days to file a reply brief. Ibid. Although technically optional, a reply brief should always be filed; it provides a defendant an opportunity to respond directly to the state's arguments in a written format, and to cite additional authorities relevant to the issues. A new argument cannot generally be raised for the first time in a reply brief (see People v. Zamudio, 43 Cal. 4th 327, 353 (2008)), but responding to new or unanticipated arguments raised in the respondent's brief is critical. This is particularly so where the state alleges the existence of a procedural obstacle to review, such as an asserted forfeiture. Oral argument can provide no substitute.

Procedural obstacles, it should be noted, arise frequently for appellate practitioners. Often, error will have occurred below without trial counsel's recognition and thus without objection. But there are ways to overcome such obstacles. Sometimes, counsel's failures will constitute ineffective assistance, a claim subject to the unique standard of prejudice set forth in Strickland v. Washington, 466 U.S. 668, 694 (1984). But ineffective assistance of counsel is not the only way to defeat a claim of forfeiture, and appellate courts retain the general discretion to reach questions not preserved for review by trial counsel. See People v. Williams, 17 Cal. 4th 148, 161 (1998); People v. Smith, 31 Cal. 4th 1207 (2003). Trial counsel's failure to identify an error is generally no excuse for appellate counsel to willfully do the same.

Having scoured the record, identified appellate issues, and thoroughly briefed the arguments, counsel now must turn to the only part of the appellate process that gets any attention in our fictional depictions of criminal procedure: oral argument. In California, the Courts of Appeal use a conference system, whereby a single justice does several things once oral argument is scheduled. First, that justice reads the briefs and relevant portions of the record. Then, the justice prepared a calendar memorandum that is distributed to the other two justices assigned to the case. The memorandum might offer an open-ended analysis of the issues, or it might take the form of a proposed opinion. Either way, at a later conference, the three justices will reach a tentative decision (or agree to research and confer further).

All of this occurs before counsel has spoken a single word at oral argument. This is likely why, in many criminal cases, a notice is sent to the parties indicating the court's intention of submitting the case without oral argument. It is also why counsel should consider oral argument an important, but not necessarily dispositive, stage of the proceeding. Often, the minds of the justices have been quite nearly made up before oral argument occurs.

But the (what might be uncharitably referred to as the) prejudgment of the judges does not mean counsel is without an opportunity to influence the court's opinion with oratory achievement. It is this author's opinion that oral argument should nearly always be requested, and it should be utilized for all it is worth. A defendant is entitled to oral argument unless waived. People v. Brigham, 25 Cal. 3d 283, 289 (1979). Often, counsel is given 10 days to request oral argument after receiving the oral argument notice, and counsel should promptly make the request in order to avoid waiver. Under the Rules of Court, counsel is able to request up to 30 minutes for argument. Cal. Rules of Ct. 8.256(c), 8.366(a). In practice, however, this is rarely done, and often not permitted. Many courts limit oral argument to 15 minutes per side, and it is not uncommon for criminal appeals to take place in as little as 10 minutes.

The amount of time counsel should request, of course, depends on the complexity and quantity of the arguments. No matter how much time is eventually allotted, defense counsel, as counsel for the appellant, will have an opportunity to rebut the state's arguments. Counsel should ask at the start of oral argument to reserve some portion of their time for rebuttal, and should then watch the clock to ensure that time is actually reserved. Perhaps even more than trial judges, appellate justices will be familiar with the arguments and the relevant facts. Counsel should be equally prepared. Counsel should also be attentive and ready to respond to the court's questions, which will undoubtedly be posed in all but the most straightforward cases.

Except in rare situations, the case will be submitted after oral argument, and appellate counsel's job (at least for the moment) will be done. Eventually, an opinion will issue addressing every claim raised by the defendant. Cal. Pen. Code Section 1252. The rulings contained in that opinion, and its contours, will dictate the next steps for counsel, whether that be a petition for rehearing (Cal. Rules of Ct. 8.268(a)), a request for publication (Cal. Rules of Ct. 8.1120), or waiting for finality (Cal. Rules of Ct. 8.366(b)). But with a good appellate issue, a deliberate panel of justices, a lot of hard work, and a little bit of luck, reversal may be within reach. 