ADR and this years’ most impactful decisions 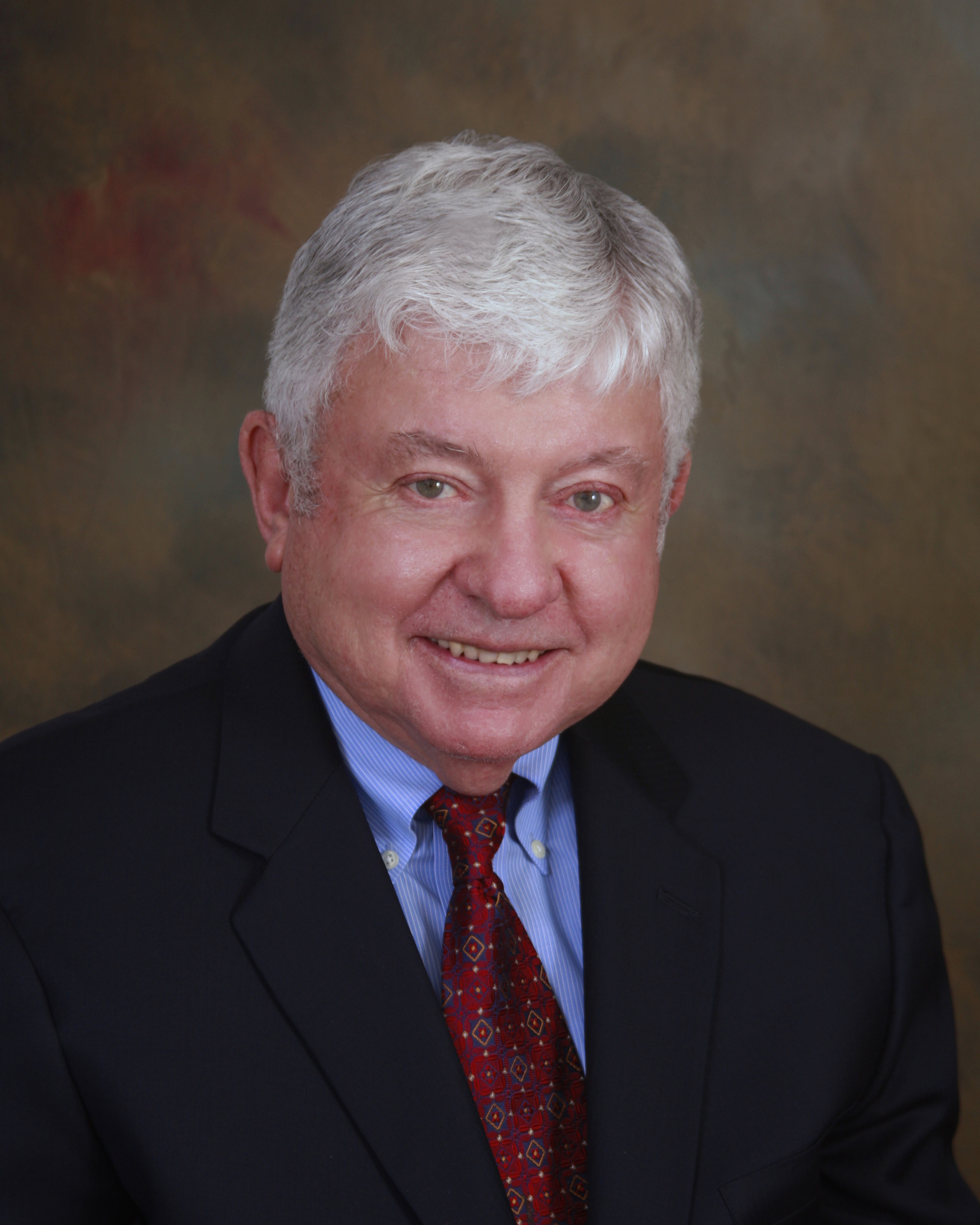 Jones Day, an international law firm with an office in Washington, D.C., filed an arbitration demand against one of its former partners, a German national, who left the firm to join Orrick. At Jones Day's request, and in compliance with Section 7 of the Federal Arbitration Act (FAA), the arbitrator issued a subpoena ordering Orrick to produce the documents at a hearing before him in San Jose. Orrick refused to comply. Jones Day filed a motion in the Northern District of California seeking to enforce the subpoena. Orrick again refused to comply, arguing, inter alia, that Section 7 only applied to domestic arbitrations and that Section 204 of the FAA, which applies to international arbitrations, provided for hearings in the place designated as the place of arbitration, which in this case was Washington. The district court declined to enforce the subpoena and Jones Day appealed. The Ninth Circuit reversed. It held there is nothing in the text of Section 204 indicating that Congress intended the FAA venue provision to be exclusive or restrictively applied. Section 204 uses the permissive "may be brought" to describe the additional authorized venues. The word "may," when used in a statute, usually implies some degree of discretion.

Brawerman and his corporation, TMI, retained Loeb & Loeb to assist them in a financial transaction with another company. They executed a retainer agreement which was signed on Loeb's behalf by a partner who was a licensed California attorney, but an associate did most of the work on the transaction. The relationship between Brawerman and the other company resulted in an unsuccessful litigation which Brawerman blamed on poor draftsmanship. Brawerman and TMI sued Loeb for malpractice, seeking to recover the attorney fees they expended in the litigation. Loeb's motion to compel arbitration was granted. Just before the hearing, Brawerman and TMI discovered that the associate was licensed elsewhere, but not in California. They unsuccessfully sought to dismiss the arbitration. The arbitrator ruled that Loeb was not responsible for the damages, but he ordered Loeb to return the fees that it charged for the associate's services, plus the fees that the plaintiffs expended in the arbitration. The plaintiffs moved to vacate the award, arguing that the associate's unlicensed status violated Business and Professions Code Section 6125 and hence the retainer agreement, including the arbitration clause, was illegal and they were entitled to a trial. The motion was denied and plaintiffs appealed. The Court of Appeal affirmed. Although the associate did substantial work under the retainer agreement, other Loeb attorneys who were licensed in California also performed work for Brawerman and TMI under the same agreement. Acknowledging that the fee agreement became illegal when the associate performed legal services in violation of Section 6125, the Court recognized that illegal contracts will be enforced under certain circumstances, such as when only a part of the consideration given for the contract involves illegality, citing Birbrower Montalbano Condon & Frank v. Superior Court, 17 Cal. 4th 119 (1998).

Could Loeb recover these fees on a quantum meruit basis? Probably not. Although there may be instances where a firm can recover its fees on a quantum meruit basis after a court abrogates a retainer agreement, Sheppard Mullin Richter & Hampton LLP v J-M Manufacturing Co., Inc., 6 Cal. 5th 59, 80-96 (2018), it may not be so where there is a violation of Section 6125. Section 6125 absolutely bars unlicensed attorneys from receiving compensation for performing legal services in California and a quantum meruit recovery would be "fundamentally at war" with the statute. Fair v. Bakhtiari, 195 Cal. App. 4th 1135, 1169 (2011). There are, however, some exceptions to the statute. It does not apply if the client is not a California resident. Estate of Condon, 65 Cal. App. 4th 1138, 1146 (1998). Nor will it apply where the attorney is admitted to state court pro hac vice or makes an appearance in a federal court in California. Birbrower, 17 Cal. 4th at p. 130.

This decision was no doubt bolstered by the federal regulatory rule prohibiting nursing facilities participating in Medicare or Medicaid programs from requiring a resident (or a representative) to sign an arbitration agreement as a condition of admission. See 42 C.F.R. 483.70(n)(1). Thus, the nephew's decision to execute the arbitration agreement was presumably optional and not necessary for Logan to obtain the nursing home's services.

In EEOC v. Waffle House, Inc., 534 U.S. 274 (2002), the Equal Employment Opportunity Commission (EEOC) filed suit against Waffle House, seeking to enjoin it from violating the Americans with Disability Act and ordering it to provide restitution to the employee who had initiated the complaint with the EEOC. The employee was not a party to the suit. The Supreme Court reversed the Fourth Circuit Court of Appeals, which had held that an arbitration agreement between the employee and Waffle House required the EEOC to arbitrate the dispute. It held that the EEOC was not a party to the agreement and hence had not agreed to arbitrate.

Recently, two defendants have attempted to distinguish Waffle House, using two different theories, in suits brought against them by public entities to enforce employment laws. In People v. Maplebear, Inc., the City of San Diego filed suit against Maplebear, aka Instacart, seeking to enjoin it from violating the Unfair Competition Law (UCL) by classifying its "Shoppers" as independent contractors. In addition to the injunction, the City sought civil penalties and restitution for the Shoppers. Maplebear moved to compel arbitration of that portion of the suit which demanded the injunction and restitution, asserting that these claims were for the benefit of the Shoppers, all of whom had signed arbitration agreements, and not for the benefit of the public. The trial court denied the motion, citing Waffle House, and holding that the suit was for the benefit of the public. Maplebear appealed and the Court of Appeal affirmed. It held no individual Shopper had control over the litigation and the City did not need any individual Shopper's consent to bring the action. The City controlled both the litigation strategy and disposition of any recovery obtained for the employees. Just like the statutory authorization that gave the EEOC authority to pursue discrimination cases against employers, even where parallel private statutory claims might also lie, the UCL provided the City with the same type of independent authority to assert UCL claims, including claims to enjoin unlawful and unfair business practices and obtain restitution for those who were harmed by those practices. That the complaint also included victim-specific restitution did not make the case private in nature.

It is possible that the Maplebear decision may be affected by the United States Supreme Court's ruling in Viking River Cruises, Inc. v. Moriana, 142 S. Ct. 1906 (2022). In Viking, an employee filed a representative action pursuant to the California Private Attorneys General Act (PAGA) on behalf of her fellow Viking employees seeking restitution for Viking's purported violation of the Labor Code. As such, she was a stand-in for the Labor and Workforce Development Agency. She also sought damages on behalf of herself. The Court of Appeal had denied Viking's motion to compel arbitration of plaintiff's individual claim and dismiss the PAGA claim, based on Iskanian v. CLS Transportation Los Angeles LLC, 59 Cal. 4th 348 (2014), wherein it was held that PAGA claims were not separable, and the entire claim was not arbitrable. The Supreme Court overruled Iskanian, only insofar as it deemed the individual claim non-arbitrable. However, there is a major difference between Maplebear and Viking. In Maplebear, the government entity was the plaintiff, and it controlled the litigation. In Viking, the employee was the plaintiff and, except to the extent that she had a fiduciary duty to the class, she controlled the litigation.

In Department of Fair Employment & Housing v. Cisco Systems, Inc, the Department of Fair Employment & Housing (DFEH) sued Cisco following a claim filed by a Cisco employee alleging that Cisco violated the Fair Employment and Housing Act (FEHA) by discriminating against him because of his ancestry or race. The DFEH sought to enjoin Cisco from future violations and to compensate the employee for past and future economic loss. In that sense, the suit was similar to Waffle House. Nevertheless, Cisco moved to compel arbitration, based on an arbitration agreement between it and the employee. It acknowledged that DFEH was not a party to the agreement and had never agreed to arbitrate. But it argued that non-signatories have been required to arbitrate where they were, in effect, proxies for parties who did sign such agreements and that the employee was the real party in interest here. The trial court denied the motion and Cisco appealed. The Court of Appeal affirmed. It held DFEH acts independently when it sues for FEHA violations. Were it merely a proxy, the employee would decide whether to bring an action, and DFEH would be limited to pursuing only the relief that could be obtained by the employee. But under the relevant legislation, DFEH has discretion to decide whether to file suit, and it can seek remedies beyond those available in a suit brought by an employee. The ability to decide whether to file an action and the ability to pursue relief separate from what could be obtained by an employee confirm that the Department operates as an independent party in an enforcement lawsuit. Although the employee may have been the real party in interest, it did not undermine or conflict with DFEH having an independent interest in FEHA enforcement.

Tax consequences of confidentiality and non-disparagement clauses in personal injury cases in the mediation context: a practicum