When does the parody defense in trademark cases fail? 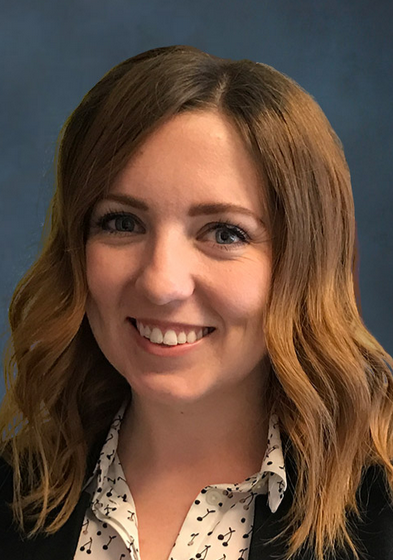 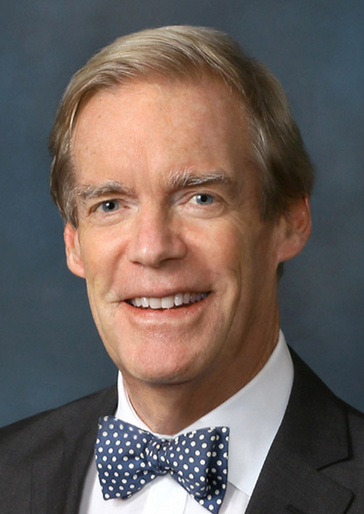 FUNNY CAN MEAN DIFFERENT THINGS TO DIFFERENT PEOPLE is actually a registered trademark (U.S. Reg. No. 2603698) for, among other things, "entertainment services in the nature of writing comedy scripts and comedy performances." The phrase rings true. This is particularly applicable to parody -- humor intended to mock something and hold it up to ridicule. When famous brands become the object of the parody, there are legal risks. Is the would-be parodist commenting on the famous brand, or just using it to call attention to the parodist's product? Do consumers believe that the parody product is made or sponsored by the famous brand owner? Is the alleged parody tarnishing? If the answer to any of these questions is "yes," would-be parodists may find that the joke's on them.

That a defendant's use of a trademark is a "parody" has been recognized as a defense to a claim of infringement and dilution. Courts vary in how they treat parody in this context, and particularly, on when a claim of parody raises a legitimate First Amendment issue. Academic commentators, on the one hand, urge that the imperatives of a rich public discourse require owners of famous marks, in particular, to have "thick skins" and expect their brands to be occasionally lampooned as part of robust public discussion. See, e.g., Stacey L. Dogan and Mark A. Lemley, "Parody as Brand," 105 Trademark Rep. 1177 (2015).

Discerning a bright line rule from the case law as to when a "parody defense" will succeed can be challenging. A cynic might suggest that the rule of thumb is, if the judge thinks the parody is funny, the plaintiff in an enforcement situation loses. But a close reading of the case law reveals more nuanced and intellectually rigorous standards.

What Is a Parody?

The Supreme Court in Acuff-Rose drew a distinction between parody, which comments at least in part on the original, and satire, which does not, but rather simply mimics the style of the original to attract consumer attention. Courts further recognize that a true parody can constitute valuable social criticism, artistic expression and commentary, protected as free speech under the First Amendment. Dr. Seuss, 109 F.3d at 1400; Cliffs Notes v. Bantam Doubleday Dell Publishing Group, 886 F.2d 490, 493 (2d Cir. 1989).

However, in an action for trademark infringement, the public interest in free speech must be weighed against the trademark owner's right to protect its goodwill and the public interest in avoiding consumer confusion. Even legitimate parodies can constitute trademark infringement if there exists a likelihood of confusion: "The cry of 'parody!' does not magically fend off otherwise legitimate claims of trademark infringement or dilution. There are confusing parodies and non-confusing parodies. All they have in common is an attempt at humor through the use of someone else's trademark. A non-infringing parody is merely amusing, not confusing." Dr. Seuss, 109 F.3d at 1405 quoting "McCarthy on Trademarks and Unfair Competition" (3d Ed. 1995) Section 38.31[1] at 31-216.

In Haute Diggity Dog, the 4th U.S. Circuit Court of Appeals affirmed a summary judgment finding of no likelihood of consumer confusion as to the respective sources of Louis Vuitton's luxury handbags and the "Chewy Vuiton" (sic) dog toys that resembled them. The court first determined that the dog toys were "obvious" parodies because they "present[ed] haute couture as an object for casual canine destruction" and "comment[ed] on the rich and famous, on the LOUIS VUITTON names and related marks, and on conspicuous consumption in general." The court then determined that there was no likelihood of confusion, noting that in the context of parody, factors that typically would favor likelihood of confusion (e.g. strength of the mark, similarity, and intent) may actually help avoid it. Notably, on the actual confusion factor, Louis Vuitton presented no survey evidence that might support a likelihood of confusion. The only evidence presented was proof of instances where dog toy retailers misspelled "Chewy Vuiton" by using two Ts instead of one, which the court did not find indicative of confusion over source. On the dilution claim, the court concluded that the Chewy Vuiton toy was not likely to blur the distinctiveness of the Louis Vuitton marks as unique identifiers of source, nor was the toy likely to tarnish the Louis Vuitton marks.

Louis Vuitton lost on summary judgment again in the recent case of My Other Bag. The 2nd U.S. Circuit Court of Appeals affirmed, finding no dilution and no likelihood of source confusion between My Other Bag, canvas tote bags imprinted with "My Other Bag ..." on one side and drawings meant to evoke luxury handbags on the other, and Louis Vuitton's actual luxury handbags. The court described the "amusing comparison" between My Other Bag's "stylized, almost cartoonish" depictions of Louis Vuitton's bags on utilitarian canvas totes and the "image of exclusivity and refinery that Louis Vuitton has so carefully cultivated" in justifying its determination. The court emphasized that despite the strength of the Louis Vuitton marks, the parody context makes it easy for consumers to recognize that My Other Bag is a joke and thus easily identify the "obvious differences," despite the "intended similarities." The court also noted that Louis Vuitton's status as a "premier luxury fashion house," its exclusivity, and its high price points differentiated it from My Other Bag.

Where the Defense Fails

In Dr. Seuss, the 9th U.S. Circuit Court of Appeals rejected the parody defense, affirming a preliminary injunction prohibiting publication and distribution of "The Cat NOT in the Hat." The book mimicked the whimsical poetry and graphic style of Dr. Seuss children's books to tell the story of the O.J. Simpson murder trial. Because the defendant did not comment on Dr. Seuss' style itself but simply used the style to call attention to its own product, the claim of parody did not shield it. The court noted that "poking fun at a trademark is no joke," and that "parody is no defense where the purpose of the similarity is to capitalize on a famous mark's popularity for the defendant's own use."

In Schieffelin v. Jack Co of Boca, 850 F. Supp. 232 (S.D.N.Y. 1994), the court found a likelihood of confusion between DOM POPIGNON popcorn and the DOM PERIGNON champagne trademarks. The court relied primarily on the similarity between the marks and survey evidence demonstrating consumer confusion as to the source, sponsorship or affiliation of the defendant's product, determining that the parody was not strong enough to overcome a likelihood of confusion.

In Novak, the 8th U.S. Circuit Court of Appeals affirmed that Novak's "Mutant of Omaha" t-shirts, which displayed an anti-nuclear power message, were infringing. The court engaged in a straightforward analysis of the SquirtCo factors. Mutual's survey evidence supporting likelihood of confusion, to which the court gave substantial weight, tipped the balance. The court rejected the parody cases Novak relied on because they "either did not involve surveys demonstrating confusion or involved surveys of doubtful validity."

In Anheuser-Busch v. VIP Products, 666 F. Supp.2d 974 (E.D. Miss. 2008), the brewer similarly overcame the parody defense and secured an injunction against a squeaky vinyl dog toy made in the shape of a Budweiser beer bottle called BUTTWIPER. In granting the injunction, the court gave considerable weight to Anheuser's survey evidence, which established that 30% of potential consumers were confused as to the source, sponsorship or affiliation of the dog toy. As a consequence, VIP's parody argument did not defeat the likelihood of confusion established by the plaintiff. By contrast, Anheuser's lack of evidence of dilution by blurring or tarnishment led to the court's determination that the plaintiff's dilution claim would not support the injunction.

VIP Products recently lost again, this time in Arizona, when it sold another vinyl squeaky dog toy, made to look like a bottle of JACK DANIEL'S Tennessee whiskey filled with dog excrement, called BAD SPANIELS. VIP Products v. Jack Daniel's Properties, Inc., 291 F. Supp. 3d 891 (D. Ariz. 2018). As in the Anheuser Busch case against VIP Products, the district court rejected the parody defense, finding compelling surrogate evidence of actual confusion in a survey showing nearly 30 percent of consumers believed the toy was made or put out by, or with the permission of, Jack Daniel's. Also supporting the injunction the court found credible evidence of trademark dilution via tarnishment in the toy's association of dog feces with a consumable product.

The parody defense to trademark infringement is a nuanced concept requiring careful analysis. The court is called upon to balance the public's interest in commenting upon and "poking fun" at famous and well-known brands, against an equally compelling public interest in protecting consumers from confusion and famous marks from tarnishment. Where the accused product is likely to cause confusion among consumers as to source, sponsorship, or affiliation, or where there is persuasive evidence of tarnishment, the parody defense will likely be rejected.