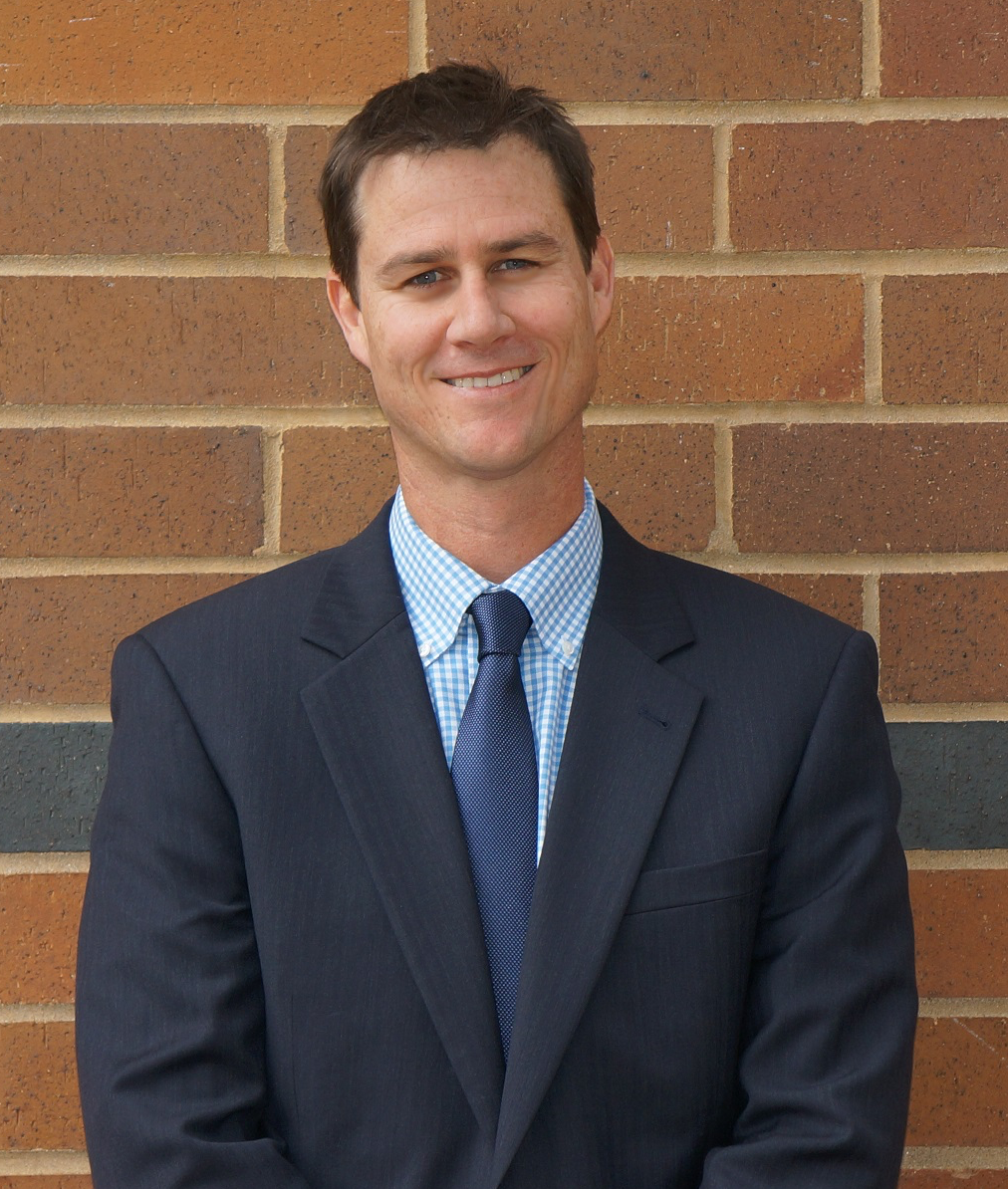 Gregory joined the firm in 2008. His current practice areas include personal injury and elder abuse litigation. 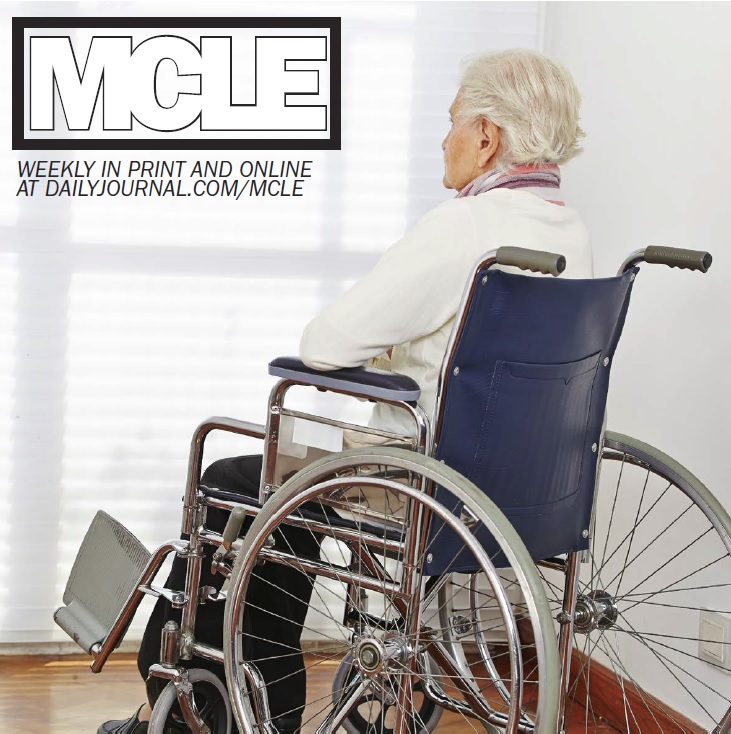 Elderly Californians and their families turn to 24-hour care facilities during their greatest time of need. Twenty-four hour care is meant for individuals who can no longer care for themselves at home. During the selection process, lopsided admission agreements are the last thing on any consumer's mind. Unfortunately, the individuals and corporations charged with providing care to the elderly have continued to shirk their fiduciary obligations and include lopsided waivers, arbitration clauses, and illegal provisions in their facility admission agreements. Something must be done to protect elderly consumers and/or their family's from unwittingly giving up valuable rights for nothing in return.

California's elder care industry provides services to more than 380,000 individuals via skilled nursing facilities, residential care facilities for the elderly and home health care agencies. See OSHPD Long-term Care Facilities Utilization Data, 2017. This number is projected to increase substantially in the next 40 years as California's population gets older. The state of California is projecting that by 2060 the number of individuals aged 60 years and over is will grow by 166 percent and those aged 85 and over will grow by 489 percent. California Department of Finance, State Population Projections (2017).

Given that the elder care industry stands to benefit greatly from this projected growth, it is imperative that consumers know their rights and understand the dangers presented by arbitration provisions. The purpose of this article is to provide context in this regard as well as provide a roadmap to defend against compelled arbitration.

In 1991, the California Legislature enacted the Elder Abuse and Dependent Adult Civil Protection Act to protect a particularly vulnerable portion of the population from abuse, neglect and undue influence. Welf. & Inst. Code Section 15600 et seq.; Delany v. Baker, 20 Cal. 4th 23, 33 (1999). The act was based on legislative findings that infirm elderly persons and dependent adults are a disadvantaged class and because few civil cases were being brought in connection with this abuse due to problems of proof, court delays and lack of incentives to prosecute the suits. Welf. & Inst. Code Section 15600(h); "Elder Abuse Litigation," The Rutter Group, Russell Balisok, Ch. 9:2. To encourage private enforcement of the law, the act provided for enhanced remedies that included general damages for a deceased elder's pre-death pain and suffering as well as for attorney fees and costs. See Welf. & Inst. Code Section 15657.

In response to increased litigation, elder care facilities began to have their residents sign arbitration agreements during the admission process into the facility. John R. Schleppenbach, "Something Old, Something New: Recent Developments in the Enforceability of Agreements to Arbitrate Disputes Between Nursing Homes and Their Residents," 22 ELDER L.J. 141, 144 (2014). This tactic has been controversial with consumer rights groups and elder advocates as it takes away the elder resident's right to trial by jury afforded them by the Seventh Amendment to the U.S. Constitution. Id. at 143-44.

Despite its place as a fundamental right, the judicial trend has been to allow individuals and businesses to agree to waive the right to a jury trial. Schleppenbach, 22 ELDER L.J. at 144. In fact, arbitration agreements have become pervasive. Id. at 142.

Dangers with Arbitration Agreements in the Elder Care Setting

One of the major dangers of arbitration in the elder care setting is that it can be used as a way for the facility to escape accountability for the full extent of their misconduct. That is, the resolution is reached through an arbiter, but since it does not go through a jury or bench trial, the facility does not face the same backlash or accountability as would occur in a more public dispute resolution venue. By seeking arbitration, facilities can show the elder abuse victim that something is being done to fix the problem, but the facility may not be required to change policy or adhere to long-term consequences that would prevent the abuse from occurring in the future.

In arbitrated cases, the business holds most of the power. The individual has no bargaining power and no consideration is given to the individual's rights. Typically, the facility maintains all of its rights and remedies and is not bound by an arbitration agreement for eviction actions, collection, etc. Meanwhile, the individual is required to give up his or her rights and pay more costs associated with arbitration. Further, these agreements are often sprung on the resident during the admission process, which is an already a stressful and confusing time. As such, the resident may not even read, much less understand, documents purporting to permanently give up their litigation rights. Id. at 145; David L. McGuffey, "Marmet Health Care Center v. Brown: Nursing Home Arbitration Agreements," 8 NAT'L ACAD. ELDER L. ATT'YS J. 239, 243 (2012).

Despite the realities and lopsided nature of the agreements, the trend has been to uphold the enforceability of arbitration agreements. Schleppenbach, 22 ELDER L.J. at 149; McGuffey, 8 NAT'L ACAD. ELDER L. ATT'YS J. at 243. The U.S. Supreme Court has upheld arbitration agreements over past several years in a number of opinions -- e.g., AT&T Mobility v. Concepcion (2011); American Express Co. v. Italian Colors Restaurant (2013); Epic Systems v. Lewis (2018); and earlier this year in an a opinion by the court's newest justice, Brett Kavanaugh, in Henry Schein, Inc. v. Archer & White Sales, Inc., 139 S. Ct. 524 (2019). As such, attorneys representing the interests of elders or dependent adults who are confronted with a signed arbitration agreement must be informed on the ways in which contract principles may be used to invalidate the agreement.

Overcoming a Motion to Compel Arbitration

Although California has a strong policy favoring arbitration, California courts also recognize that the right to pursue claims in a judicial forum is a substantial right and one not lightly deemed waived. Young v. Horizon West, Inc., 220 Cal. App. 4th 1122, 1128 (2013). As such, courts will decline to compel arbitration where: (1) no valid written agreement to arbitrate exists; and/or (2) where grounds exist for revocation of the agreement.

No Valid Agreement Covering the Claims at Issue

At the outset, the party opposing a motion to compel arbitration must first challenge whether a valid and authentic agreement to arbitrate the claims at issue exists. Code of Civil Procedure Sections 1281.2 and 1290.2 provide for a summary proceeding for resolving petitions to compel arbitration. Engalla v. Permanente Medical Group, Inc., 15 Cal. 4th 951, 972 (1997); Rosenthal v. Great Western Fin. Securities Corp., 14 Cal. 4th 394, 413 (1996). The trial court sits as the trier of fact, weighing all the affidavits, declarations and other documentary evidence, and any oral testimony the court may receive at its discretion, to reach a final determination. Engalla, 15 Cal. 4th at 972.

Even if valid and authentic, the law recognizes some controversies cannot be arbitrated, such as those concerning an elder's non-waivable statutory rights provided for under the Elder Abuse and Dependent Adult Civil Protection Act. See Health and Safety Code Section 1569.269(c); Fitzhugh v. Granada Healthcare and Rehab. Center, LLC, 150 Cal. App. 4th 469, 467 (2007) (holding that a resident may not waive his right to sue under the act); see also Avila v. Southern California Specialty Care, Inc., 20 Cal. App. 5th 835 (2018) (California Supreme Court declined to review appellate court's holding that action brought by patient's son against hospital was not an action for "professional negligence" and thus, despite arbitration agreement, action was not required to be arbitrated under the Medical Injury Compensation Reform Act because son's primary basis for complaint was elder abuse.)

As such and where the primary basis for a plaintiff's claims is violation of resident rights (physical abuse, isolation and neglect) under the Elder Abuse and Dependent Adult Civil Protection Act, a valid and enforceable agreement to arbitrate the controversy does not exist.

Even if a valid arbitration agreement covering the claims at issue exists, it may be subject to rescission on contractual grounds. Code of Civ. Proc. Section 1281; Sanchez v. Western Pizza Enterprises, Inc., 172 Cal. App. 4th 154, 165 (2009). One of the major grounds for rescission is if the agreement is unconscionable. Unconscionability has two components: procedural and substantive. Armendariz v. Foundation Health Psychcare Services, Inc., 24 Cal. 4th 83, 114 (2000). Both procedural and substantive unconscionability are required to invalidate an arbitration agreement. Id. at 122.

Procedural unconscionability involves the degree of "oppression" and manner in which the agreement was negotiated. Kinney v. United HealthCare Services, Inc., 70 Cal. App. 4th 1322, 1329 (1999). "Oppression" results from unequal bargaining power between the parties where the weaker party has no meaningful choice but to accept the contract terms (i.e., a contract of adhesion). See A & M Produce Co. v. FMC Corp., 135 Cal. App. 3d 473, 486 (1982). A contract term is unenforceable under "circumstances in which the weaker 'adhering' party is presented a contract drafted by the stronger on a take it or leave it basis." Mercuro v. Superior Court, 96 Cal. App. 4th 167, 174 (2002). As such, "procedural unconscionability focuses on the oppressiveness of the strong party's conduct." Id.

In the nursing home setting, the facility will have prepared the purported arbitration agreement well in advance of the resident's admission. The facility will not seek or allow any contribution at all from the resident or his/her responsible party. And when presenting the admission paperwork, the facility may not point out anything about an arbitration agreement. As such, a resident may not even know what they are signing.

If the arbitration agreement is lopsided, it would ensure that defendant could bring all of its claims against residents in superior court with all of the normal procedures, while forcing a resident to arbitrate all of their claims against the facility with limitations placed on discovery to solely benefit the facility.

In order to more effectively resolve elder abuse cases, it is valuable to avoid arbitration with the facility against which the claim has been made. A durable power of attorney is used in the event that an individual becomes unable to make decisions due to mental incapacity. This is often the case among older adults, such as those with dementia and Alzheimer's, who are more vulnerable to financial and physical abuse. When drafting a durable power of attorney, it is recommended that the documentation specifically exclude the power to waive a trial by jury in the context of a care provider. Care facilities receive the power of attorney forms and therefore would be put on notice that the resident has opted out of arbitrating care facility disputes.

When dealing with elder abuse cases, arbitration is often sought by the care facility. However, because of the dangers of arbitration in these types of cases, it is in the best interests of the client to instead exercise their Seventh Amendment right and seek a trial by jury. In this way, the client will be much more likely to see justice, including holding the care facility accountable for what occurred. 