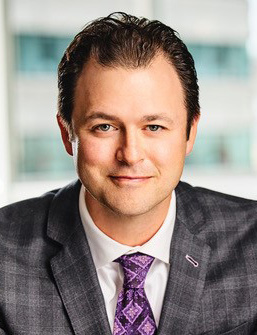 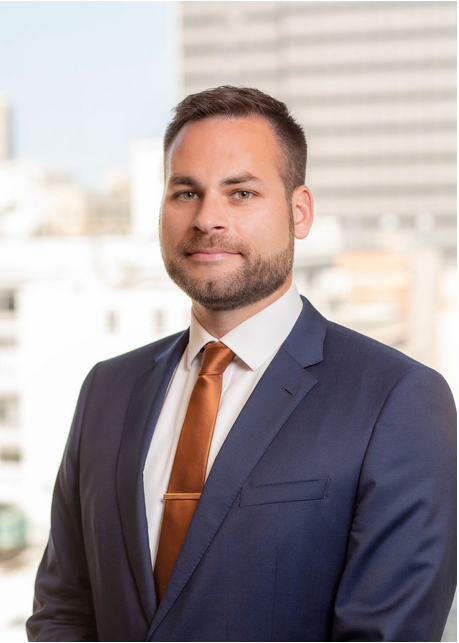 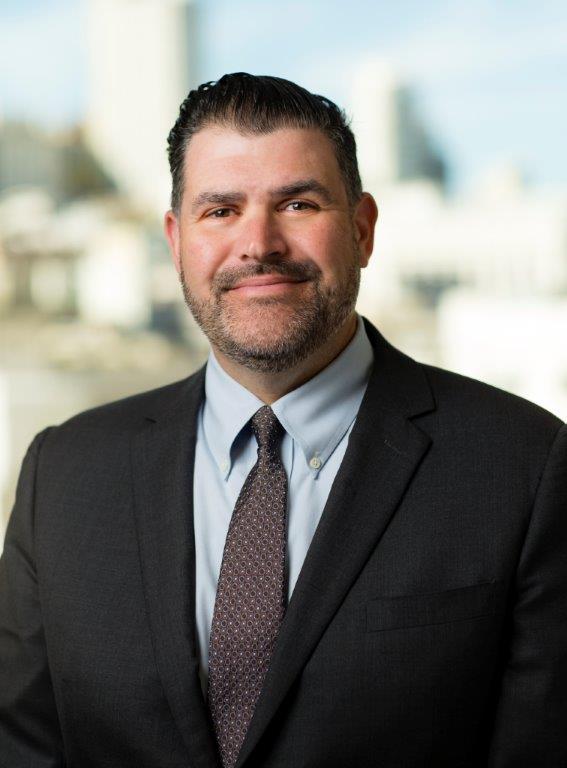 On April 24, the 6th District Court of Appeal issued a landmark decision in Nguyen v. Ford, 2020 DJDAR 4610, upholding the trial court's sustaining of a demurrer, without leave to amend, based on a statute of limitations defense. Nguyen brought an untimely legal malpractice claim, relying on the tolling provision of Code of Civil Procedure Section 340.6(a), and unsuccessfully arguing that she had a reasonable expectation that Ford would continue to represent her in litigation. To our knowledge, this opinion is the first California published case in which a court disposed of a legal malpractice case by demurrer by finding, based on the plaintiff's allegations alone, that the tolling provision could not apply as a matter of law. The opinion provides welcomed clarity on the statute of limitations tolling provision that in the past has often permitted untimely malpractice claims to linger until a motion for summary judgment is brought.

Attorneys weather many battles on behalf of their clients, whether in litigation, to close a deal, or to give advice in an unsettled area of law. When the client's goal is finally accomplished or a compromise is reached, willingly or unwillingly, the relief felt by clients or their attorneys alike can distract from engaging in formalities that signal the end of the attorney-client relationship. If years later a claim for malpractice is brought, this ambiguity can unnecessarily prolong litigation that could have otherwise been disposed of with a straightforward statute of limitations defense.

Even attorneys who implement the sound practice of sending their clients a timely and formal letter denoting that all work on a subject matter has been completed may find themselves in a gray area when the client continues to communicate with the attorney and request their services.

For example, the former or current client may:

• Return for a related deal;

• Retain the lawyer for another lawsuit without a separate legal services agreement;

• Have follow up questions or minor related work for the attorney; or

• Have the attorney on a de facto permanent retainer for any legal question or issue that arises without executing a separate agreement that defines the scope of legal services to be provided.

In short, the lines can easily become blurred as to when the work on a certain client and subject matter ends. Courts then look to how the attorney interacts with and responds to the client after the representation on that specific subject matter allegedly ended.

Legal malpractice claims can be an exercise of hindsight and are often brought when the client has had time to cool down and reflect on the outcome of a matter, or when the dissatisfied client refuses to pay bills and the attorney sues in quantum merit for unpaid fees. At that point in time, would-be plaintiffs may run up against California's strict legal malpractice statute of limitations.

California Code of Civil Procedure Section 340.6(a) provides that a legal malpractice claim (other than for actual fraud) must be brought within one year after the plaintiff discovered or should have discovered the alleged act or omission constituting malpractice, or four years from said act or omission, whichever is sooner. The date of discovery is usually not an area of confusion because the principle is embodied in many other torts statutes of limitation. Rather, the "continued representation" tolling rule in Section 340.6(a)(2) is a more likely cause of uncertainty and has precipitated much litigation that has evolved its applicability and meaning.

Section 340.6(a)(2) prevents the statute of limitations for malpractice from accruing until the attorney's representation regarding the specific subject matter ends, but does not apply when the attorney only serves a tangentially related role. Foxborough v. Van Atta, 26 Cal. App. 4th 217, 229 (1994). The rationale behind the tolling provision is to afford attorneys an opportunity to correct mistakes and avoid unnecessary lawsuits while the client is still represented without the client running up against a deadline to file; and simultaneously the provision discourages attorneys from artificially extending the relationship until after the statute has run. Id. at 228. The policy is to avoid litigation in courts, and not to revive stale claims of former clients.

Whether a representation has ended is an objective inquiry based on evidence of facts showing the client's reasonable belief that the representation will continue, i.e., "evidence of an ongoing mutual relationship and of activities in furtherance of the relationship." Although it would provide conclusive evidence, the termination of the attorney-client relationship need not be based on a motion to withdraw as counsel, and rarely will there be such certainty indicating the end of the relationship in a legal malpractice case. See Flake v. Neumiller, 9 Cal. App. 5th at 232; Nguyen.

The determination of whether an attorney "continues to represent the plaintiff regarding the specific subject matter" is generally a question of fact, but it can be decided as a matter of law if the undisputed facts can support only one conclusion. In most published cases, these determinations were made upon a motion for summary judgment showing that no reasonable person could conclude on the facts that the relationship would continue. However, Nguyen held that such a determination can even be made at the pleading stage.

In Nguyen, attorney Ford filed an employment discrimination action in the Northern District of California on Nguyen's behalf, which was dismissed by summary judgment. The original retainer agreement executed between the parties specifically excluded appeals, but the parties signed a separate agreement to prosecute an appeal in the 9th U.S. Circuit Court of Appeals. At some point into the appeal, Ford filed a motion to withdraw as attorney of record for Nguyen in the 9th Circuit, which was granted on April 17, 2015, and of which Nguyen was admittedly aware. Ford then filed a notice of withdrawal as counsel in the district court action, attaching the 9th Circuit order that granted her motion to withdraw from the appeal. Nguyen associated new counsel for the appeal, but the 9th Circuit affirmed the district court's ruling on May 11, 2018.

To determine whether Nguyen's belief regarding the continuing attorney-client relationship was reasonable, the court examined interactions between Nguyen and Ford after the 9th Circuit granting Ford's motion to withdraw as counsel. The court found that Nguyen did not allege ongoing communications with Ford regarding the district court case, or that Ford made any other legal appearances for her, billed her for any work performed, or made any affirmative representations towards Nguyen that she would continue to represent her in the district court.

The Nguyen court ruled that, as a matter of law, Nguyen's belief that Ford continued to be her attorney was unreasonable once Ford filed notices in the district court "describing herself as Nguyen's former attorney" and placed an attorney's lien on Nguyen's potential recovery from the matter. In line with previous California authority on the issue, Nguyen held that Ford's compliance with local court rules regarding proper procedure for withdrawal as counsel was irrelevant for determining when Nguyen would no longer have a reasonable expectation that the relationship would continue.

Finally, the court found that, at the latest when Ford filed her notices in the district court on April 30, 2015, Nguyen no longer held a reasonable belief that the relationship would continue, and at that point had one year to file her malpractice action. Nguyen's action fell outside of the limitations period by waiting until 2018 to file her complaint, presumably because she waited on the outcome of her 9th Circuit appeal.

Additionally, Nguyen's action for breach of fiduciary duty against Ford was also barred by CCP Section 340.6(a) because the central purpose of Nguyen's allegations to support the cause of action is to demonstrate that Ford provided "deficient professional services," which includes Ford's legal services, but also ancillary and non-legal services or duties. Remarkably, the court also found that there was no reasonable probability of an amendment that could cure the pleading defects and thus denied Nguyen's leave to amend the complaint.

Nguyen v. Ford sets new precedent for attorneys seeking to dispose of malpractice actions at the pleading stage based on a statute of limitations affirmative defense. Going forward, when there is no fact alleged to indicate the plaintiff's reasonable belief as to a continuing representation, courts may readily dispose of such actions on a demurrer and deny leave to amend. The Nguyen court again emphasized that no formal pleading or filing with the court is necessary to signal the end of the representation to the client, thus demurrers based on a statute of limitations may be sustained on allegations of informal communications or mere circumstantial evidence (i.e., factual allegations) showing the relationship ended.

Attorneys should take away from this case that:

1. They can more easily protect themselves against the unwitting continuation of the attorney-client relationship, and the corresponding statute of limitations, by making clear to the client when work on a specific subject matter starts and ends -- preferably in writing with a separate legal services agreement, distinct invoicing and billing, or other form of written notice indicating that no further work will be performed;

2. Plaintiffs' counsel prosecuting legal malpractice actions should be cautious in laying out allegations that will be taken as true by the court if challenged by demurrer; and

3. The Courts of Appeal have made great strides in clarifying ambiguous language in CCP Section 340.6 so that its application in cases at the trial court level should be consistent. 