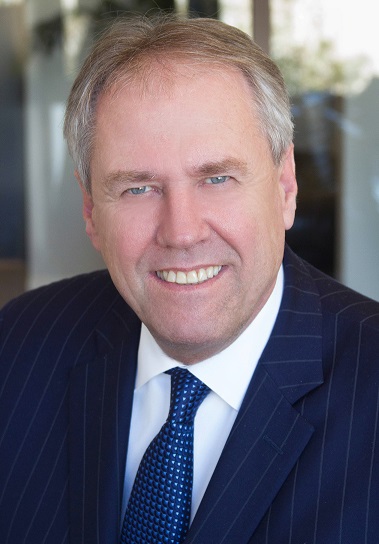 Enola Holmes: Characters and Copyright: The estate of Sir Arthur Conan Doyle — the creator of Sherlock Holmes — recently sued Netflix, Inc. for copyright infringement over the upcoming film “Enola Holmes.” The film is based on a series of mystery novels by Nancy Springer, which feature Sherlock Holmes’ 14-year-old sister Enola Holmes, invented by Springer, as the main character.

The question in Springer is whether the character of Sherlock Holmes, including his later-developed traits, has passed into the public domain along with Doyle’s pre-1923 stories.

In one recent case, the plaintiffs, Sullivan and Stine, pitched an idea to Pure Flix, a studio that specializes in Christian-themed films. Sullivan v. Pure Flix Entm’t LLC, B280305 (Cal. Ct. App. Nov. 15, 2018) (unpublished). They submitted a draft about a young Christian professor who finds out that there is a religious studies class on his campus in which the professor mocks God and prioritizes science over religion. The professors debate, and the Christian professor wins. Pure Flix hired screenwriters to flesh out a script that was added to its list of prospective films. Unfortunately, Pure Flix was unable to secure financing for the film.

Pure Flix was later pitched another film about apologetics on a college campus, which it produced. The film contained the primary storyline about a Christian college freshman and an atheist philosophy professor who debate about God’s existence. Upon finding out about the produced film, the plaintiffs sued for breach of implied and express contract.

After summary judgment was granted in favor of Pure Flix, the 2nd District Court of Appeal affirmed with respect to Sullivan given that there was “insufficient evidence to support a breach of express or implied contract claim … because Sullivan fail[ed] to raise an issue of material fact that he had any agreement with Pureflix.” However, the appellate court reversed with respect to Stine, because his portion of the complaint had raised a material issue of fact as to whether a breach of an implied or express contract had occurred.

In its discussion on the substantial similarity of the two films, the court distinguished theft of idea from copyright infringement. Since an idea need not be novel to be protected under California law, the court was required to consider scènes-à-faire — i.e., scenes that are standard in a particular genre of film and not protectable — and preexisting ideas. The court concluded that there were enough similarities between the two stories for a jury to decide the issue. The court also noted that there were enough facts on the record for a jury to decide whether to accept or reject Pure Flix’s independent creation defense.

In copyright law, the scènes-à-faire concept is not considered in the substantial similarity analysis. However, courts adjudicating copyright cases are encouraged to consider whether the works at issue are original in the way that they select and arrange unprotectable elements that would normally constitute scènes-à-faire. Alfred v. Walt Disney Co., 19-55669 (9th Cir. July 22, 2020) (unpublished). Theft of idea cases generally are easier to prove than copyright infringement. However, given recent decisions by the 9th Circuit, discussed below, proving copyright infringement for plaintiffs has become easier.

The 9th Circuit Changes Course: The 9th U.S. Circuit Court of Appeals has been changing course in the field of copyright law. The most notable decision came in March in Skidmore v. Led Zeppelin, 952 F.3d 1051 (9th Cir. 2020), a contentious copyright infringement lawsuit relating to Led Zeppelin’s famous song “Stairway to Heaven.” Up for debate was whether Led Zeppelin’s “Stairway to Heaven” was substantially similar to the plaintiff’s song “Taurus.” The jury returned a verdict in favor of Led Zeppelin. On appeal, one of the main issues was the lower court’s failure to give the jury instructions on the “inverse ratio rule.” The inverse ratio rule refers to the proposition that “powerful proof of access can substitute for demonstration of the requisite degree of substantial similarity” in a copyright infringement analysis. 4 Nimmer on Copyright Section 13.03 (2019). The 9th Circuit, en banc, ultimately abrogated the inverse ratio rule, reasoning that it was not a part of the Copyright Act, that it defied logic, and that it caused undue confusion for the courts and the parties. In doing so, the 9th Circuit affirmed the lower court’s finding that the two songs were not substantially similar.

In Zindel, a case in which the son of a playwright sued Fox Searchlight for allegedly infringing his father’s play by the Oscar-winning film “The Shape of Water” and book of the same name, the court noted that although ruling as a matter of law is sometimes appropriate at the pleadings stage, summary judgment is not preferred on issues of substantial similarity. The court further stated that “[c]ourts must be just as cautious before dismissing a case for lack of substantial similarity on a motion to dismiss.”

Similarly, in Alfred, an infringement case regarding the film “The Pirates of the Caribbean: Curse of the Black Pearl,” the 9th Circuit reversed a lower court’s decision granting Disney’s motion to dismiss due to the fact that the lower court had given too much weight to Disney’s scènes-à-faire argument. The 9th Circuit, while admitting that the two works at issue shared similar pirate-movie tropes, stated that “at this stage of the litigation, it is difficult to know whether such elements are indeed unprotectable material. Additional evidence would help inform the question of substantial similarity.” The court added that the lower court had also failed “to compare the original selection and arrangement of unprotectable elements between the two works.” In its decision, the 9th Circuit also stated that the lower court had not erred when it failed to apply the inverse-ratio rule since the 9th Circuit had already held in Skidmore that the rule was no longer to be used. These developments, although unpublished, bring hope to independent creators. 

Trade secret litigation on the rise in California: How ADR can help