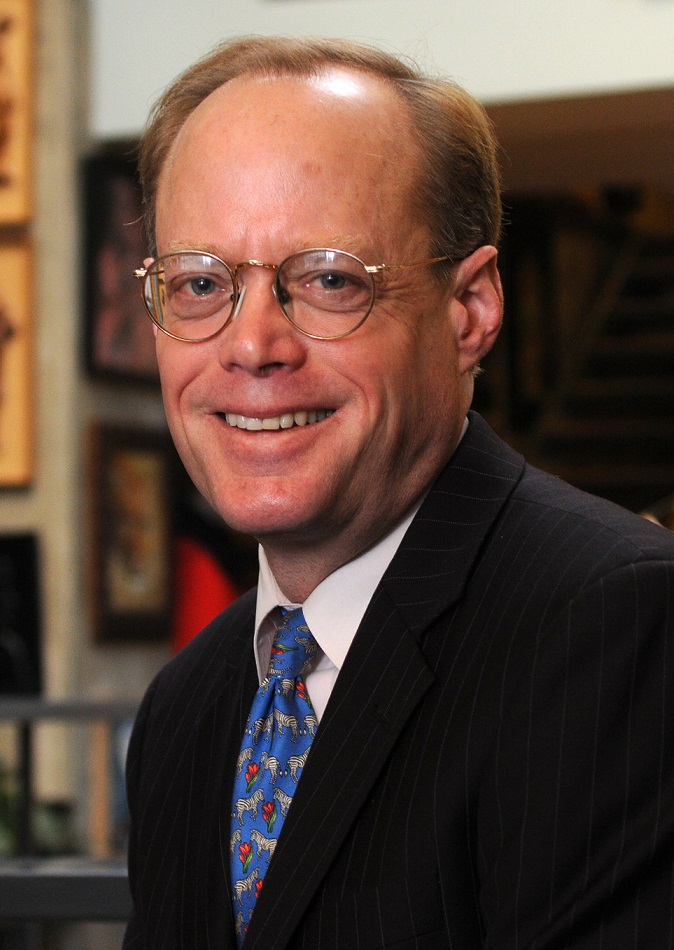 Robert is the author of "Taxation of Damage Awards and Settlement Payments," "Qualified Settlement Funds and Section 468B," and "Legal Guide to Independent Contractor Status," all available at www.TaxInstitute.com. This discussion is not intended as legal advice.

In most cases, Forms 1099 report income. So if you receive a Form 1099 in the mail, open it and check the numbers. You may not be able to change it, but you'll usually need to report it on your tax return. As we will see, one exception is Forms 1099 that report gross proceeds to lawyers. If you believe a Form 1099 is wrong, you may be able to get the issuer to correct or undo it. But that's usually tough unless it's truly an error.

Suppose you receive a Form 1099 that says a company paid you $100,000, but you can prove that the company paid you only $10,000. You hope the company would correct that error. If you cannot get the company to correct it, you must report the $100,000 and explain that you actually received only $10,000. Unfortunately, in my experience, most "please fix my Form 1099" requests fall on deaf ears. Often that is because the issuer of the form believes it issued the form correctly.

Also, many Form 1099 reporting issues that seem like errors aren't. Suppose you are a plaintiff, and you net $60,000 when your lawyer collected $40,000, a 40% contingent fee. You will usually receive a Form 1099 for the full $100,000. Arguing about that after the fact is nearly always a waste of time. The only time you have any bargaining power about how Forms 1099 will be issued is before you sign a settlement agreement.

Forms 1099 allow computer matching of Social Security numbers and dollar amounts paid and received, so IRS collection efforts are streamlined and automated. Failing to report a Form 1099 on your tax return (or at least explain it) will get you an IRS notice. Thus, if you receive a Form 1099, report it, even if you are claiming that the money should be tax free.

Report it even if some of it really went to your lawyer and you are entitled to a tax deduction for legal fees. Ideally, if you are a plaintiff or a lawyer, you or your client will think about the forms before you sign a settlement agreement. In some cases, you might be able to steer the defendant to completely avoid a Form 1099. That would be appropriate if a portion of a settlement is fairly attributable to physical injuries, physical sickness and emotional distress.

Even if it is certain that you will receive a Form 1099, there are different boxes on the forms that signal different things to the IRS. You should consider what the boxes mean, and you may want to make it explicit that the defendant should record the payment in one box instead of another.

What difference does a box make? After all, isn't one box on a Form 1099 as good as another? Not really, as we'll see. Worry about Forms 1099 causes some clients and some lawyers to prefer separate checks, one for the funds payable to the client, and one for funds paid to the attorney directly. That way the attorney receives a Form 1099 for only the attorney fees, and not also for the client's money. And the client may think he can sidestep tax on the legal fees that way.

But let's look at the realities and the different boxes on a Form 1099 before you decide. The most common version used is Form 1099-MISC, for miscellaneous income. But to discuss it, we also must also talk about the newest one, Form 1099-NEC. Up until 2020, if you were paying an independent contractor, you reported it on Form 1099-MISC, in box 7, for non-employee compensation.

In other words, Form 1099-NEC reports a payment for services. For 2019 and prior years, putting income in box 7 of a Form 1099-MISC usually tipped the IRS off that this person should not only be paying income tax but also paying self-employment tax. Self-employment tax is equivalent to both halves of the employer and employee payroll taxes that apply to wages, which are reported on Form W-2.

Because of the self-employment tax, most payees would rather receive amounts reported in box 3 compared with box 7. Sometimes you can specify (such as in a legal settlement agreement); otherwise the payer of the money generally picks whatever reporting she thinks is best. For payments in 2020 and later years, the IRS has a special form for independent contractors. Maybe the gig economy finally got to the IRS.

New Form 1099-NEC is specifically for paying independent contractors. Starting in 2020, do not use Form 1099-MISC for that purpose: Use Form 1099-NEC instead. I'm guessing that in early 2021, there could be considerable confusion about Form 1099-NEC, and there might even be some disputes. What happened to Form 1099-MISC now that box 7 was essentially made into a whole new tax form?

For 2020 and subsequent-year payments, your choices on Form 1099-MISC are more limited. Most payments are recorded in box 3, as other income.

For lawyers settling cases, the most important part of the Form 1099-MISC is the portion that reports "gross proceeds paid to an attorney." Many lawyers may not see Form 1099 that arrive at their office, but they should be aware of this important box on the form, and what it means for their taxes. It impacts their clients too.

For 2020 payments, good-old Form 1099-MISC still exists. Gross proceeds paid to an attorney for 2019 and prior years was box 14. But now, it is reported in box 10 of the new 2020 Form 1099-MISC. This box is only for reporting payments to lawyers. It turns out that there are numerous special Form 1099 rules for lawyers.

Why are "gross proceeds paid to an attorney" so important? For one thing, gross proceeds reporting for lawyers is not counted as income to the lawyer. Any payment to a lawyer is supposed to be reported, even if it's all the client's money to close a real estate deal. Case settlement proceeds count as gross proceeds, too.

The client isn't so lucky. Unless the settlement is a non-income settlement (compensatory damage for personal physical injuries) or a capital recovery, the client in this example will receive a Form 1099-MISC (probably in box 3) for the full $1 million. The client must then figure out how to deduct the $400,000 in legal fees. Not all legal fees are deductible, and it is harder to find a way to claim them in many kinds of cases since 2018.

In any event, apart from the very good deal that gross proceeds reporting is for lawyers, in other ways lawyers are disadvantaged when it comes to Forms 1099. Lawyers receive and send more Forms 1099 than most people, in part because of tax laws that single them out. Lawyers make good audit subjects because they often handle client funds, and many also tend to have high incomes. Since 1997, most payments to lawyers must be reported on a Form 1099. Of course, the basic Form 1099 reporting rule (for lawyers and everyone else) is that each person engaged in business and making a payment of $600 or more for services must report it.

The rule is cumulative, so while one payment of $500 wouldn't trigger the rule, two payments of $500 to a single payee during the year require a Form 1099 for the full $1,000. Lawyers must issue Forms 1099 to expert witnesses, jury consultants, investigators, and even co-counsel when services are performed and the payment is $600 or more. A notable exception to this $600 threshold rule is payments to corporations for services. However, the rule that payments to a lawyer must be the subject of a Form 1099 trumps the rule that payments to a corporation need not be. Thus, any payment for services of $600 or more to a lawyer or law firm must be the subject of a Form 1099. It doesn't matter if the law firm is a corporation, limited liability company, limited liability partnership, or general partnership.

The size of the law firm also doesn't matter; it might have one lawyer or thousands. This affects law firms as issuers of Forms 1099 as well as receivers of them. A lawyer or law firm paying fees to co-counsel or a referral fee to a lawyer must issue a Form 1099 regardless of how the lawyer or law firm is organized. Moreover, any client paying a law firm more than $600 in a year as part of the client's business must issue a Form 1099.

Some businesses and law firms prefer to issue Forms 1099 at the time they issue checks, rather than in January of the following year. For example, if you are mailing out thousands of checks to class action recipients, you might prefer sending a single envelope that includes both check and Form 1099, rather than sending a check and later doing another mailing with a Form 1099.

Lawyers are often joint payees, and IRS regulations contain extensive provisions governing joint checks. Most of these rules mean that lawyers will be receiving the forms along with their clients when legal settlements are payable jointly to lawyer and client. In general, two Forms 1099, each listing the full amount, are required.

Many lawyers receive funds that they pass along to their clients. That means law firms often cut checks to clients for a share of settlement proceeds. When a plaintiff law firm disburses money to clients for legal settlements, should the law firm issue a Form 1099 to its own client? Some firms issue the forms routinely, but most payments to clients don't actually require it. Even so, there is rarely a Form 1099 obligation for such payments.

The reason is that most lawyers receiving joint settlement checks to resolve client lawsuits are not considered payers. In most cases, the settling defendant is considered the payer. Thus, the defendant generally has the obligation to issue any Form 1099 necessary. If lawyers perform management functions and oversight of client monies, they become payers required to issue Forms 1099, but just being a plaintiff's lawyer and handling settlement money is not enough. 

What Everyone Should Know About Stock Options and Restricted Stock

Tax Rules for Settlements and Judgments