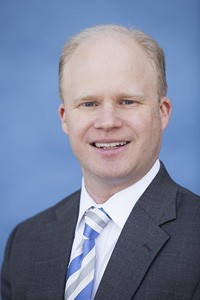 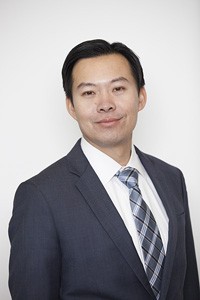 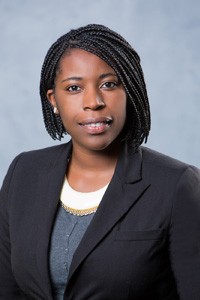 Here are five important cases which affect real estate in California in 2021. We apologize if your favorite case was excluded. It has been a turbulent year.

Presumptions pertaining to, and transmutations between community property and separate property clarified.

Clifford Brace and Ahn Brace held title to two properties as "husband and wife, as joint tenants." Only Clifford filed for Chapter 7 bankruptcy protection, Ahn did not. The bankruptcy trustee sought a declaration that the two properties were community property, which would put the properties entirely into the bankruptcy estate.

The 9th U.S. Circuit Court of Appeals certified a question of law to the California Supreme Court -- "whether the form of title presumption set forth in Evidence Code Section 662 applies to the characterization of property in disputes between a married couple and a bankruptcy trustee when it conflicts with the community property presumption set forth in Family Code Section 760."

Laundry machine room is not a "residential unit."

The Court of Appeal held that where a tenant's (Dadson Washer Service's) lease for a coin-operated laundry machine room was not duly recorded in a West Hollywood apartment complex property's chain of title, it still constituted a valid property right enforceable against a subsequent purchaser (MES Investments) who acquired the apartment building with notice of the lease.

The Court of Appeal affirmed the trial court's judgment in favor of Dadson, which found that: (1) despite the fact that the lease was not properly recorded, MES had notice of the lease (including a large sign on a wall adjacent to the laundry machines which said "Dadson") before escrow closed and was not a bona fide purchaser who acquired the property free of the lease; and (2) Section 1945.5 did not apply because the lease was not for the "hiring of a residential unit" as the laundry machine room did not constitute a residential unit.

Lesser federal executive officers can be removed by the president without cause.

The Consumer Financial Protection Bureau was created by Congress in the wake of the 2008 financial crisis to protect consumers from misleading financial products marketed to American households, including credit cards, student loans, and mortgages. Congress transferred the administration of 18 existing federal statutes to the CFPB, including the Fair Credit Reporting Act, the Fair Debt Collection Practices Act, and the Truth in Lending Act. The CFPB has broad powers, including the authority to conduct investigations, issue subpoenas and civil investigative demands, initiate administrative adjudications, prosecute civil actions in federal court, and issue binding decisions in administrative proceedings. So far, the agency has obtained over $11 billion in relief for more than 25 million consumers.

The CFPB is led by a single director, who is appointed by the president with the advice and consent of the Senate, for a five-year term, during which the president may remove the director only for "inefficiency, neglect of duty, or malfeasance in office."

The CFPB served a demand (essentially a subpoena) on Seila Law LLC, a California-based law firm that provides debt-related legal services to clients. The demand sought information and documents related to the firm's business practices. Seila Law asked the CFPB to set aside the demand on the ground that the agency's leadership by a single director removable only for cause violated the separation of powers doctrine. When the CFPB declined, Seila Law refused to comply with the demand, and the CFPB filed a petition to enforce the demand in district court. The district court and the 9th Circuit found against Seila Law, who appealed to the U.S. Supreme Court.

The high court granted certiorari and reversed, concluding that CFPB's leadership by a single director removable only for cause violated the separation of powers doctrine. The court held that lesser executive officers such as the CFPB director derive their power from the president's executive power under Article II of the U.S. Constitution, and must remain accountable to the president

However, the provisions protecting the director from removal are severable from the provisions governing the CFPB's authority. Thus, the CFPB may continue operating, but its director is removable by the president.

Abstracts of judgment with debtor's name transposed did not impart constructive notice.

Purchasers brought a quiet title action against judgment lienholder seeking declaratory and injunctive relief regarding the property purchased from the seller, against whom the lienholder had recorded abstracts of judgment that transposed seller's first and middle names.

The seller's name was "Guillermo W. Guerrero." The abstracts of judgment identified the seller/judgment debtor as "Wilbert G. Guerrero."

The lienholder maintained that the purchasers were not bona fide because they were allegedly on constructive notice of its abstracts of judgment, claiming the "red flag" was that the seller's middle name appeared as his first name on page 10 of the purchase agreement.

The Court of Appeal affirmed the trial court's ruling.

The court held that it was not the purchasers' obligation to search the index of property records for documents that incorrectly used the seller's middle name as a first name. Therefore, the purchasers did not have constructive notice of abstracts of judgment recorded against the seller with first and middle names transposed.

The court also reaffirmed the doctrine of Orr v. Byers, 198 Cal. App. 3d 666 (1988), that for purposes of indexing and title searching, close is not good enough. A subsequent buyer or lender is not on constructive notice of the claims of a third party who holds an abstract of judgment, where that abstract of judgment is recorded against a debtor using a spelling of the debtor's name that slightly differs from how the debtor held record title to real property.

Instead, the burden is on the lienholder to record the abstracts of judgment against the owner under the name appearing on the title to his or her property, not on the purchasers to identify the lienholder's abstracts recorded on a variation of the owner's/seller's name using his middle name as a first name.

Moreover, it is a common misconception that the public can simply "look up title on a computer." In point of fact, the recording laws and the rules for searching the grantor-grantee index were developed decades or even centuries ago. Performing a true and proper title search entails far more than just "looking it up on a computer."

Finally, the court's discussion of inquiry notice is also instructive. The spelling used in the abstract only appeared in one place in the purchase documents -- beneath a signature line. Yet the signature itself did not contain the name found in the abstract. Further, the signature was consistent with the name typed everywhere else and the signatures signed everywhere else. The court explained the average typical homebuyer could reasonably conclude this was simply a typographical error rather than a pseudonym, and not inquiry-provoking.

Surplus proceeds from foreclosure sale should be paid to a junior lienholder only to the extent the junior lien actually encumbered the property.

This case involved a dispute over who was entitled to the surplus proceeds generated at a foreclosure sale.

The property was owned by cotenants. Cotenants may sell or encumber their undivided interest without the consent of the other cotenants. Through a complicated series of transactions, one cotenant owned 75% of the fee, and the other owned 25%. A senior deed of trust encumbered 100% of the fee. The cotenant who held the 75% interest encumbered the property with a junior deed of trust.

SB 1079 is a set back for both lenders and borrowers

By Guido I. Piotti

Can a commercial tenant terminate its lease because it cannot operate due to a stay-at-home order?