Why does the law seem to act so often against poor people? Justice Cruz Reynoso became visibly agitated as he pondered his own question and his normally soft voice grew loud. 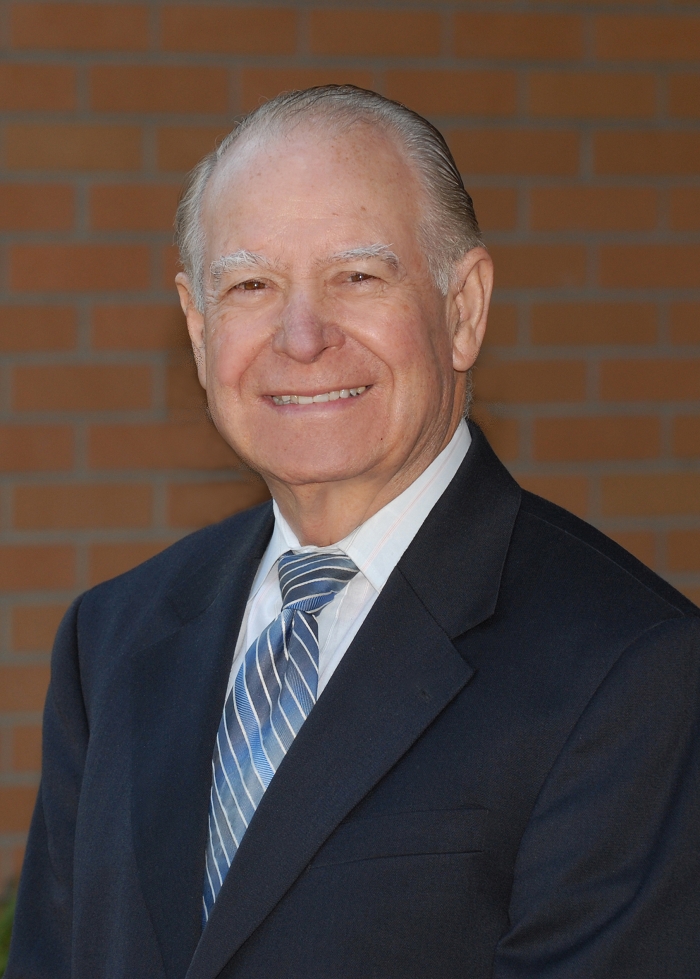 This profile originally appeared in the Daily Journal on August 17, 1981. Cruz Reynoso died Friday, May 7. His obituary can be read here.

Why does the law seem to act so often against poor people?

Justice Cruz Reynoso became visibly agitated as he pondered his own question and his normally soft voice grew loud. He all but bounced in his chair.

"In the courts we so often find the poor being the ones who are coming before us, and we're taking their rights away,'' he complained.

As a justice of the Third District Court of Appeal in Sacramento, Reynoso stressed he must accept and follow the law as it is. But that does not mean he cannot question attitudes and procedures that fall hardest on the rights of the poor, he said.

"Let's make sure we guarantee those rights for anybody that comes before us,'' the justice stated. "And indeed, if people happen to come before us with lawyers that are not all that great, maybe we have a double duty to take a second look at (their case) and make sure we're doing the right thing.''

Leading law firms will file thick briefs in appellate cases concerning subjects like alcoholic beverage control regulations, Reynoso said scornfully. "And yet we get a case of a life-and-death situation for a mother and child, and we get a 10-page brief.

"It's my duty as a judge to spend as much time on that 10-page brief... as on that 10 tons of briefs we get from all the leading law firms in the state because (their case) has to do with who's going to control liquor sales and there's big money there,'' the justice said.

Reynoso is especially concerned about cases in which county social service departments seek to permanently take children from their parents under Civil Code Section 232. In fact, he once held the standard of proof in those cases should be beyond a reasonable doubt, rather than clear and convincing evidence, but he was reversed by the state Supreme Court.

"You know, I've been here (on the Court of Appeal) for five years. I have yet to see a 232 proceeding filed against a rich person,'' Reynoso stated. "Is that just accidental? Are there no rich people who are bad parents?''

The justice suggested his own experiences as a child may have influenced his beliefs in this area. Born in Brea in 1931, Reynoso was the third of 11 children of Mexican immigrant parents. He grew up during the Depression in agricultural areas of Orange County, but the whole family often migrated north during the summer to pick fruit and vegetables.

"We did that for four or five years,...'' he recalled. "I had some baby brothers and sisters during that time who were literally in the crib. We would go out in the fields and Mother would take the crib with her.''

Reynoso said that most of the time back then, his life was fun. But he also remembers occasions when the family did not have the money to pay for needed medical care or to buy good clothes.

Many years later, when he was the director of California Rural Legal Assistance (CRLA), a legal services agency set up largely to help migrant farmworkers, the justice felt his principal goal was to "give poor people a resource they had not had before, and that is... a better way of protecting themselves, their families, and their neighbors.''

From his own poor beginnings, he developed ``a high regard for the moral tone of poor people,'' Reynoso said. "Indeed, from my own experience, if one is to judge in a moral sense, the people who are wealthy are slightly lower-scale, just terms of being good human beings and looking out for one another.''

Even as a child, Reynoso was a crusader for justice for the poor and minorities. He complained to his school board when he was forced to attend a segregated school. As a freshman in high school, he circulated petitions to force the post office to deliver mail to the barrio where he lived.

And he had some successes, including getting mail service in his neighborhood. The successes lead him to become what he called ``an operational optimist.''

"I was one of those people who believed what I was told,'' Reynoso said. "When my teachers told me I could succeed in life, I really believed them and I acted on that basis. When people other times would say, `You can't,' I'd disbelieve them.''

For instance, he believed he could go to college,. Reynoso's mother wanted him and his older brothers to quit school at age 16 in order to work and help support the family. None of them did.

"My mother was very disappointed in her older boys,'' he recalled. Instead, the justice left home and eventually moved in with the family of one of his teachers.

Later, when Reynoso decided to go on to Pomona College, he thought about his family again. Neither parent was living at home then, and the justices' younger brother had become the head of the house. "The reality was my brothers and sisters needed my help then, and it was not easy to decide,'' he said. But the teacher and her husband encouraged him to go to college.

"One of my younger brothers later on - I think in part due to the family turmoil - ended up doing very poorly socially and ended up in prison... I can't help but think back sometimes and wonder whether or not if I had decided differently... if some of those things might not have happened.

But many people don't realize the sort of choices that some people have to make in life,'' Reynoso continued. I guess the choices I made are correct; I want to think so. But I know there are some people whose lives I didn't touch enough at the right time....''

The justice graduated from Pomona in 1953, spent two years in the Army, and then studied law at the University of California's Boalt Hall in Berkeley. After receiving his law degree in 1958 and studying Mexican constitutional law in Mexico, he joined a small private practice in El Centro.

Reynoso said he accepted a job there because he wanted to work in a small town and because he would be the only Spanish-speaking attorney in an area that was then one-third Hispanic. Also, the senior partner in the firm, William Beard, now a judge of the municipal court in El Cajon, was then a state senator. Reynoso became his legislative assistant.

Within two years, the justice left the firm to practice on his own. He had a very general practice, he said, but by the time he left permanently in 1968, nearly a third of his work involved workers' compensation cases.

Reynoso represented the local collection agency also, a fact that used to astonish the poverty lawyers who worked for him at CRLA.

The justice left El Centro in 1965 for a stint as the assistant chief of California's Fair Employment Practices Commission. He then spent three months as a staff secretary to Gov. Edmund G. Brown Sr. before returning to his practice in Southern California.

For 18 months starting in 1967, Reynoso was an associate general counsel with the then-new federal Equal Employment Opportunities Commission. "We were mostly filing amicus briefs trying to educate the federal judiciary on the new statute,'' the justice recalled about his work with the commission.

Before going to Washington, D.C., he had been on the CRLA board. In mid-1968, he returned to California first as deputy director of the legal services program and later as its director.

"It was really my job to look after the health of the organization,'' he recalled. "We were under a lot of political attack.'' Reynoso said that neither then-Gov. Ronald Reagan nor Sen. George Murphy appreciated CRLA's habit of suing government agencies, and both tried unsuccessfully to have its funding cut.

After weathering those repeated storms for four years, Reynoso accepted a position in 1972 to teach law at the University of New Mexico. He said he did not join a California law school faculty just because he had become so controversial in his home state. "I thought if I was going to learn to teach, I was probably better off to put some geographic distance between California and myself,'' the justice explained.

In 1976, Gov. Edmund G. Brown Jr. named Reynoso to the Court of Appeal in Sacramento. The appointment was surprisingly uncontroversial, according to the justice, even though he had not practiced in the state for four years.

Lawyers who have appeared before Reynoso generally consider him a liberal, although a leading civil appellate attorney commented the justice had not turned out to be ``the bomb-throwing Bolshevik'' that some people feared he might be when he was appointed.

"I don't think he's a knee-jerk anything,'' said another civil lawyer. And a criminal defense attorney - who described most of the Third District appellate bench as quite conservative - said Reynoso really is liberal "only in the context of the people he is sitting with.''

The defense attorney added, "If you look at his votes in an absolute sense...he would come out on the conservative end of the spectrum statewide.''

The justice has "fairly good humanitarian instincts.'' Intellectually, however, the lawyer said, "I don't think he's a giant, which isn't to say he's a pipsqueak either.''

Another appellate practitioner in the area, however, countered Reynoso is "a very conscientious person and very knowledgeable in many fields.'' That attorney stressed, too, that the justice is "extremely honest, impeccably so.''

Reynoso described himself as a conservative in many areas. Even with CRLA, he said he viewed his function as the very conservative one of ensuring that laws and the constitution were obeyed.

But since joining the conservative Third District bench, he noted he has had to write many dissenting opinions. Once, in fact, when he got far enough ahead on his work, he prepared dissents for cases that had not been argued yet.

"I saw who the lead judges was going to be (on the cases), and I thought he'd go a certain way, so I got my independent memo ready to go,'' Reynoso laughed. "If it turned out we disagreed, I'd done my research already.''