Some of my colleagues from the plaintiff’s bar have been quick to point out a potential silver lining in the outcome. I think they are a bit too quick, however. 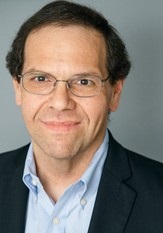 Steven is resident in the firm's Century City office. He represents employers in class actions and multi-plaintiff disputes.

As regular as the emergence of the cicadas – but much more frequent – is the pas de deux of the supreme courts: the California Supreme Court valorizes a limitation on arbitration which it assures the world is not preempted by the FAA, and a few years later the U.S. Supreme Court smacks it down. And so goes 2022: On June 15, in Viking River Cruises, Inc. v. Moriana, 2022 DJDAR 6041, the Supreme Court held that Iskanian v. CLS Transp. L.A.’s ban on PAGA representative relief waivers in arbitration was preempted by the FAA, reversing contrary rulings in state court.

The shifting majority of five to eight justices starts with the observation that the “vocabulary unique to” PAGA is “still being worked out.” “An unfortunate feature of this lexicon is that it tends to use the word ‘representative’ in two distinct ways”: (1) “PAGA actions are ‘representative’ in that they are brought by employees acting as representatives—that is, agents or proxies – of the State.” (2) “PAGA claims are also called ‘representative’ when they are predicated on code violations sustained by other employees.” This second sense of “representative” packs into PAGA “standing” “a rule of claim joinder”: “An employee who alleges he or she suffered a single violation is entitled to use the violation as a gateway to assert a potentially limitless number of other violations as predicates for liability.” Under “PAGA’s additive dimension, low-value claims may easily be welded together into high-value suits.” Iskanian banned enforcement of arbitration agreements which waive representative relief in either way.

Every justice (but Thomas) agreed on the one rule that dictated the outcome of the case: The second sense of Iskanian’s ban on waiving representative arbitration “unduly circumscribes the freedom of the parties to determine ‘the issues subject to arbitration’ and ‘the rules by which they will arbitrate’” and thus is preempted by the FAA. “[S]tate law cannot condition the enforceability of an arbitration agreement on the availability of a procedural mechanism that would permit a party to expand the scope of arbitration by introducing claims that the parties did not jointly agree to arbitrate.” Thus, the FAA required the lower courts to compel the PAGA claim to individual arbitration and dismiss the balance of the PAGA claim (i.e., the claim brought on behalf of the state for Labor Code violations suffered by employees other than the plaintiff).

Iskanian tried to rationalize its way around this outcome by holding that there is no such thing as an “individual” PAGA claim. SCOTUS would have none of that. A majority of three conservatives joined by the three liberal justices held “it makes sense to distinguish ‘individual’ PAGA claims . . . from ‘representative’” ones.

The practical consequence of the decision is clear, so long as the FAA applies: when an arbitration agreement requires that PAGA claims be sent to arbitration individually, they must be so sent. That employee must arbitrate their PAGA claims – the claim cannot proceed in court – and the arbitration shall be limited to PAGA claims based on predicate violations suffered by the employee themselves – not anyone else. The result of a properly-drafted agreement requiring individual arbitration of PAGA claims is that while they may serve as a representative of the state to seek civil penalties, they cannot aggregate claims based on violations suffered by other employees.

Some of my colleagues from the plaintiff’s bar have been quick to point out a potential silver lining in the outcome. I think they are a bit too quick, however.

Glenn A. Danas’ (SCOTUS Decides Viking River, Daily Journal, June 16), pointed out that the Court “held that bifurcation of the plaintiff’s claims was required.” The individual claim would be arbitrated, but the “‘non-individual’ PAGA claims would have to remain in court.” But that was not the disposition. The slimmest of the shifting majority (the three liberal justices, joined by Justices Alito and Gorsuch), held that since PAGA does not permit a plaintiff to go forward with “non-individual” claims once the individual claim is sent to arbitration, “the correct course is to dismiss her remaining claims.” On remand “for further proceedings not inconsistent with this opinion,” the lower courts must dismiss the “non-individual” claims.

Justice Sotomayor’s solo concurrence, with a wink and a nod, suggests that the lower courts might stray from the majority’s directions on remand “if this Court’s understanding of state law is wrong.” Cynthia L. Rice (Viking River Cruises v. Moriana decision not what employers were looking for, Daily Journal, June 16), argues Justice Sotomayor “clarified” the majority’s directions on remand. But this is not how the Supreme Court process works. When a justice who joined every section of the majority rights a short, separate concurrence that no other justice joins, a clear and unmistakable signal is being sent: no other justice agrees. The “understanding” discussed by Justice Sotomayor in her solo concurrence is her alone.

The hope expressed by Angie Moriana’s lawyers to the Daily Journal that the lower courts will permit her to continue even while she must arbitrate her individual PAGA claim (Supreme Court’s ruling on PAGA law leaves questions, Daily Journal, June 16) will be dashed. If, as SCOTUS has held, Ms. Moriana must arbitrate her PAGA claim – and she may have only individual relief in that arbitration – there is no path for her to pursue “non-individual” PAGA claims. She has waived her right to pursue them.