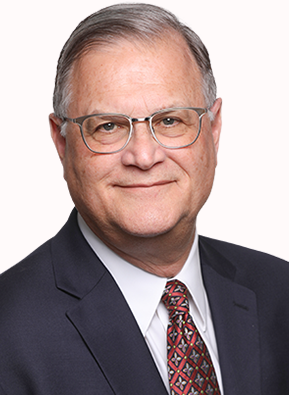 What happens when a judgment is reversed on appeal and remanded to the trial court? That depends on the appellate court's "disposition" at the end of the court's opinion, as the disposition is "the rendition of the judgment of appeal" (Ducoing Management, Inc. v. Superior Court, 234 Cal. App. 4th 306, 312 (2015)), and defines the trial court's jurisdiction on remand. Griset v. Fair Political Practices Com'n, 25 Cal. 4th 688, 701 (2001).

Where the disposition is an unqualified reversal, i.e., a statement that the judgment is reversed without any specific directions, "[t]he effect ... is to vacate the judgment, and to leave the case 'at large' for further proceedings as if it had never been tried, and as if no judgment

Sometimes an appellate court opinion needs to be reviewed as a whole to determine whether the court actually intended an unqualified reversal. See Stromer v. Browning, 268 Cal. App. 2d 513, 518-19 (1968). For example, in Snapp v. State Farm Fire & Cas. Co., 60 Cal. 2d 816, 820 (1964), where the Court of Appeal's opinion only changed the amount of money owing to plaintiffs, the California Supreme Court construed the Court of Appeal's "'reversal'" as "in fact and in law, a 'modification.'"

Where there is an unqualified reversal, in whole or in part, there is no limit on the evidence that can be introduced on retrial. "The parties are entitled to retry the issues anew -- meaning they can present any evidence in support of or against the allegations in the complaint. An unqualified reversal cannot restrict the presentation of evidence on remand." Eisenberg, Cal. Practice Guide: Civil Appeals and Writs (The Rutter Group 2020) ¶ 14:143; accord, Fairmont Ins. Co. v. Superior Court, 22 Cal. 4th 245, 253 (2000); Weightman v. Hadley, 138 Cal. App. 2d 831, 836 (1956). "The reversal and remand also reopens the time for discovery so that the last date for completing discovery as of right (pursuant to [Code of Civil Procedure Section] 2024.020) is 15 days before the date initially set for the new trial of the action." Eisenberg, supra, Section 14:144.1.

One direction often used in an appellate disposition is a reversal and remand for "'proceedings consistent with the views expressed'" in the court's opinion. Puritan, 76 Cal. App. 3d at 143. What exactly does that mean? It depends. One court explained that "where the appellate opinion uses the phrase ['proceedings consistent with the views expressed'] to incorporate by reference portions of the body of the opinion into the pronouncement of appellate judgment, the trial court, on retrial, is bound by the incorporated portions as if they were included as an express specific direction on remand, and (2) any portion of the opinion not so incorporated has the less stringent effect of the law of the case." Ibid. Nonetheless, "[t]he phrase 'reversed and remanded for proceedings consistent with this opinion' is not a phrase of art with only a single meaning. It must be read with the appellate opinion as a whole." Id. at 147-48; accord, Bach v. County of Butte, 215 Cal. App. 3d 294, 302 (1989); Eldridge v. Burns, 136 Cal. App. 3d 907, 918 (1982).