Help is out there for attorneys struggling with addiction 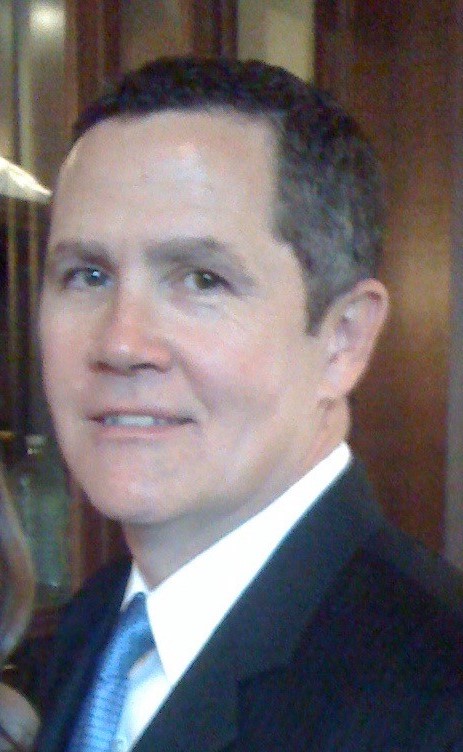 Michael is a criminal defense attorney in Newport Beach.

I am a former Los Angeles prosecutor whose private practice consists of representing victims of crime, particularly in cases of stalking and threats, and defendants in selective cases, most of which are DUIs. This has led me to become an expert on substance abuse, as most of the perpetrators in my stalking and threats cases have substance abuse or mental issues, or a combination of the two.

Almost all of my defense cases, even aside from DUIs, involve drug or alcohol addiction, or bad behavior while under the influence. The overwhelming majority of all crime is drug-related, whether it be from the increasing drug trade or the addiction that results from it. There is not a clear line between the two, as most drug addicts are also dealers, selling drugs to finance their own habits. I believe that the overwhelming majority of "homelessness" is drug-related as well. At some point, people can't function, whether it be from the addiction, or resulting/increased mental illness, and may sell everything they own to finance their constant craving.

A group of chemicals regulates our body functions, everything from our thought processes to our breathing. Our brain function and mood are particularly affected. When we put artificial chemicals into our bodies, it changes the balance.

The euphoria or "high" that a person feels from a drug is from the overproduction. Our body senses the overload and cuts back on its production of regulating chemicals. The problem is that when the drug wears off, the body may not accordingly pick back up with its production, and therefore may not snap back to where it was. The person ends up somewhere below their baseline in mood, for example.

The next high is not as high, but the person ends up even lower than before. The person is in a push-pull cycle, on a rollercoaster that is gradually descending. At some point, they can't get back to "normal," and may even start to feel sick without the drug, and crave the drug just to avoid the sickness. The urge has been described to me by a doctor as one that can be as strong as the urge to breathe.

Alcohol is a drug. Many people manage it successfully, including me. While I warn others about the possible dangers of alcohol and other drugs, and the potential addiction, I like a good drink myself. I am aware, however, of the dangers, and limit my intake to a reasonable, low level.

Even if you do not become addicted, alcohol and drug influence can be a problem, from DUIs to other bad behavior. There is no good reason to overindulge or become intoxicated, due to the immediate problems that can result, as well as the long-term health concerns.

I have had more than one client arrested, despite their designated driver or other plans to deal with their intoxication. Life tends to throw curveballs at us, and you never know what might happen. You should never put yourself in a position where you can't take care of yourself or others.

My mantra is "one and done, two at most, more than that and you might be toast." There is never a good reason to have more than two drinks at one time.

I probably don't need to warn you about hard drugs. They tend to be very addictive, and sometimes in a short period of time. The addiction to some can be extremely difficult, if not impossible, to break.

I strongly warn all of you about prescription drugs, which many do not realize can be a problem, even if taken as prescribed. This is a danger for all of us, as almost all of us will take highly addictive prescription drugs at some point in our life. This is especially true as we get older, and the odds of joint replacement or other surgeries increase. The addiction to prescription drugs can creep up on you, so beware.

Many have long believed that marijuana is a danger only to a bag of Doritos or a pepperoni pizza (due to the munchies that are produced). Many of us have the vision of Cheech and Chong, the duo who happily plowed through life in a marijuana-induced haze.

That is certainly no longer true. Today's marijuana is much stronger than decades ago, a very powerful and addicting drug. This is especially true for those 25 and younger, whose brains are still developing.

In multiple cases, I have represented previously high-functioning students at elite colleges, who have destroyed themselves with their marijuana addiction. They have done such damage that they were forced to drop out of college -- whether they will ever recover from the brain damage remains to be seen.

Marijuana addicts are also not necessarily mellow and harmless. The brain damage produced, including paranoia and schizophrenia, can lead them to be irrational and violent. One of my college clients had vandalized a friend's car, based on an imagined danger posed by the friend.

The way that young people use marijuana is also often a problem, particularly with vape pens. I had a friend comment that he would rather his son use marijuana than alcohol. I asked what his thoughts would be if his son ingested marijuana early in the morning, and again frequently throughout the day. That is how many young people are ingesting marijuana in vape pens.

Moreover, illegal marijuana sales still dominate the market, from drug cartels and illegal dispensaries. It can be laced with other drugs, and there is no quality control for the consumer. Remember big tobacco? Can you trust your health to the drug cartels?

Ambien is a drug that poses issues as well. It can be addictive and produce bizarre sleep-walking behavior, where the brain is not fully asleep. I have had clients who drove a car in this state, and one female client who ran down the street naked. The victims often have no memory of what happened while in this state. I urge you to find other ways to get to sleep, which you can find in medical articles on the internet.

The consequences from addiction, or even single incidents of intoxication, can be life-altering. I have represented multiple clients who are charged with DUI murders or manslaughters. Many other offenses can result also -- road rage, domestic violence, child abuse, etc. You don't do your best thinking when intoxicated, and often have an elevated sense of yourself and your abilities.

Civil liability can result in multi-million dollar judgments that can ruin your life if you kill or injure someone. That can actually happen whether you are intoxicated or not, as a result of everyday negligence -- a side piece of advice is to get an umbrella policy ASAP. You have too much to lose.

The criminal liability can be staggering as well. DUI murder in California is 15 to life -- that means that you do 15 years straight, before even becoming eligible to see a parole board to beg to get out. These cases are almost all very sad -- ordinarily good people on both sides, a defendant facing dire consequences, and a family who lost a loved one.

Any DUI causing injury to someone else, even your own passenger, can result in many years in state prison. I have had multiple clients charged with child endangerment, driving impaired with their kids in the car, which can be charged as a felony, and result in jail or prison if a child is injured.

DUIs, and some other criminal offenses, result in driver's license suspensions. In fact, the suspension process can begin at the time of arrest, prosecuted by the DMV itself -- separate from the criminal prosecution. The DMV can also begin suspension proceedings based on physical and mental conditions that result from the cognitive loss caused by drug addiction, or based on addiction itself. Anonymous reports can be made to the DMV to start such proceedings.

The State Bar of California is particularly concerned about addiction due to the effect on attorney performance. Attorney addicts tend to suffer in their performance, and are an increased danger to steal from client trust accounts as their personal finances suffer. The same is true for other professions and their licenses, from doctors to pilots.

We have an often stressful job, combined with an often high-flying lifestyle of parties and events. That is especially true in the holiday season. The best way to deal with the stress is through a healthy lifestyle -- a healthy diet, exercise and good sleep routine, at a minimum. Keep alcohol in moderation, or stay away from it all together -- as well as other drugs.

Help Is Out There

There is help out there. You don't have to hit rock bottom first -- you just have to start. The Other Bar (800) 222-0767 is an organization of recovering legal professionals who now help others. The California State Bar also has programs for attorneys suffering from addiction.

I'm an attorney who doesn't want you to be my client. Don't be one of the sad cases -- one of those who have ruined your life, your family's life... or some other family's life. Please get help before it gets to that point. 

Legal ethics and mental health during ‘these uncertain times’

Mindfulness practice can be a life-changer for law students, lawyers and judges

Mindfulness: What to Do When the Need for Help Arises

Key to Competence – Be Mindful of Your Mind

Knowing When to Quit