Even “toxic” clients deserve to have divorces effectively litigated or settled 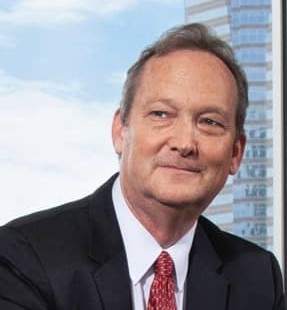 Family law attorneys could learn a thing or two from criminal defense attorneys. When a criminal defense attorney represents a "toxic" client - someone who committed a serious crime - there may be no good way to defend what the client has done. A video showing him robbing a bank has already gone viral. No judge or jury will believe that he is innocent. For the attorney, the best outcome may be mitigating his sentence. The life sentence for Nikolas Cruz, who pled guilty to multiple school shootings, is nothing short of a miracle.

A defense attorney can do a lot to mitigate the damage for her client. She can explain that he suffered from drug or alcohol addiction, struggled with mental illness, or had anger management issues. She can tell the court he accepts responsibility for his actions, will seek treatment, and will pay restitution.

How different things are when the "toxic" client is involved in a family law proceeding. The same issues - addiction, mental health, anger - are not circumstances in mitigation but weapons for the opposing side. Mitigation and redemption are usually the farthest things from the parties' minds. They levy accusations - sometimes inaccurately - against each other instead of looking for ways to settle.

When an allegedly "toxic" client asks you to represent him, what should you do? You could decline to take the case, but you also know that everyone is entitled to effective representation. Over my years of dealing with high-profile "toxic" cases, both as an attorney and a judge, I know the downside of taking such cases. Even relatively unknown cases can attract millions of followers, and attorneys may experience threats, harassment, and negative reviews.

If you have a "toxic" client, a multi-dimensional approach can help you identify an effective trial or settlement strategy:

On a scale of 0 (legally insufficient) to 5 (pretty conclusive), how much admissible evidence supports the claim against your client?

On a second scale of 0 (nothing wrong) to 5 (conscience-shocking), how do you weigh the aggravating vs. mitigating circumstances? Just how "toxic" is the alleged conduct?

If the scores are 0 on either scale, the case can be litigated; if they are low on either scale, you may prevail. If both numbers are high, your best course of action may be mitigation - to limit your client's damage, through case settlement.

Imagine a client who learned that her husband of 20 years cheated on her. She physically attacked him in their front yard, with neighbors as witnesses. The evidence may be a five on the first scale, but it is only a two on the second scale. Your client has no domestic violence or criminal history, the attack occurred in the heat of passion, she enrolled in a domestic violence intervention program, and she took responsibility for her actions. Across both scales, the case is a seven. Settlement efforts are in order.

If settlement isn't in the cards, your trial strategy should be mitigation rather than exoneration. By admitting to the assault, you can argue against a domestic violence order, citing Family Code section 6340(a)(1) (all citations are to the Family Code unless otherwise stated). Courts have discretion to withhold an order after considering factors such as whether failing to issue one would jeopardize the petitioner's safety.

If you stipulate that your client's conduct is abuse within the meaning of the Code, evidence of the abuse is theoretically unnecessary because your client has agreed that abuse occurred. The only remaining issue for the court to decide is whether a restraining order is warranted, and you will present compelling circumstances in mitigation. When you stipulate, rather than dwell on the assault and resulting injuries, the judge is likely to focus on the circumstances in mitigation instead of aggravation.

At first blush, it would appear there are few points of negotiation when domestic violence is alleged. The abuse either happened or it did not. The safety of the parties and their children is always of paramount importance, but there are ways to resolve such cases while ensuring their safety.

As a neutral, I regularly oversee settlements involving clients charged with domestic violence and other "toxic" behavior. When such toxic acts are alleged, I examine the short- and long-term implications of those acts, trying to understand the mindset of the alleged victim and accused spouse. I evaluate the claims to determine their merit, but I also assess the long-term consequences for the parties. Just because one party engaged in reprehensible behavior does not necessarily mean they should never have custody, spousal support, or other rights.

Because of the risks inherent in pursuing Domestic Violence Prevention Act (DVPA) litigation, always consider settlement. The settlement officer should understand the parties' goals and objectives in seeking or resisting a DVPA order - safety, child custody, reputational damage, job security, harassing communications - and use that information to structure a mutually satisfactory settlement agreement.

Even in DVPA cases, settlement provides opportunities for the parties to move their cases forward. These options can also be used for other "toxic" issues in family matters, using the rating system described. The settlement options are organized from those most appropriate when a case has a low score on both scales to those that work best for high-score cases. These include:

- Dismissal with prejudice. When admissible evidence is lacking or disproves the petitioner's allegation, the petitioner can take the matter off the calendar in exchange for a stipulation that the other side will not seek attorney's fees or other sanctions relating to the domestic violence matter. This can limit a client's exposure if they have made a false accusation (sanctionable under section 271) or falsely alleged child abuse (subject to penalty under sections 3027.5(b) and 3027.1). There is some controversy in the family law community as to whether a DVPA matter can be dismissed with prejudice.

- Dismissal without prejudice. When the victim has a weak case or the alleged abuse is relatively minor, the parties may agree to dismiss without prejudice, preserving the option of re-filing the matter later. They may even agree on any requirements for re-filing the matter, such as that it will only be re-filed if the court determines by a preponderance of the evidence that a new act of abuse occurred.

- Rap sheets. Sometimes, it may be possible for the parties to avoid having allegations show up on a "rap sheet" through the California Law Enforcement Telecommunications System, as required under section 6380 et seq. Instead of making DVPA orders, orders can be part of a child custody and visitation order, without a finding of abuse and without using the judicial counsel forms for restraining orders, such as orders governing how the parties communicate.

- Stay-away contracts. Although these are not enforceable orders, the parties may agree to the same terms as in restraining orders, such as conduct orders. Once signed, the request for a restraining order is dismissed with or without prejudice. The contract is intended to deter future bad conduct and may stipulate that violation constitutes a basis for issuing a restraining order, but it is not an enforceable court order.

- Stipulation to abuse, no order. The parties may also stipulate to a judicial finding of abuse and agree that no restraining orders are necessary, avoiding both a "rap sheet" and a restraining order. The judicial finding of abuse still triggers a presumption against sole or joint legal and physical custody for the abusive parent and would probably be "documented" domestic violence for spousal support purposes.

- "Informal probation." The parties can pursue "informal probation" with the court's consent when abuse appears to have occurred, but the parties wish to minimize their exposure. This option, which would be appropriate for middle ranking cases on our scales and is popular in Los Angeles County, is not without controversy. The parties agree (with the court's consent) to continue the DVPA hearing for a significant time, typically six months, during which the temporary orders remain in effect and that the matter will be dismissed at the end if certain conditions - such as no new acts of abuse - are met.

- Restraining orders. Where there is compelling admissible evidence of a significant act of abuse, a high ranking case on our scales, counsel should consider agreeing to a domestic violence restraining order. It may seem antithetical to the client's interests, but as we saw in the Nicholas Cruz case, it can be a wise move to plead a client to multiple counts of an egregious crime. In such cases, the best an attorney can do for the client is mitigate the damages.

People make mistakes, often serious ones. In criminal cases, the Rules of Court recognize early acknowledgement of responsibility as a mitigating factor under Cal. Rules of Court, rule 4.423(b)(8). This derives from the commonsense notion that those who acknowledge mistakes are less likely to repeat them. In family law, mitigation is no less important.

Judges and attorneys should recognize the difference between a person who makes a mistake and takes responsibility for it, and the person who refuses to accept such responsibility. When a party acknowledges their mistakes and commits to correcting them, case settlement and better case outcomes are not only possible but likely.

The elder abuse act and its expansion to address isolation