How lawyers can better engage the bench in e-discovery 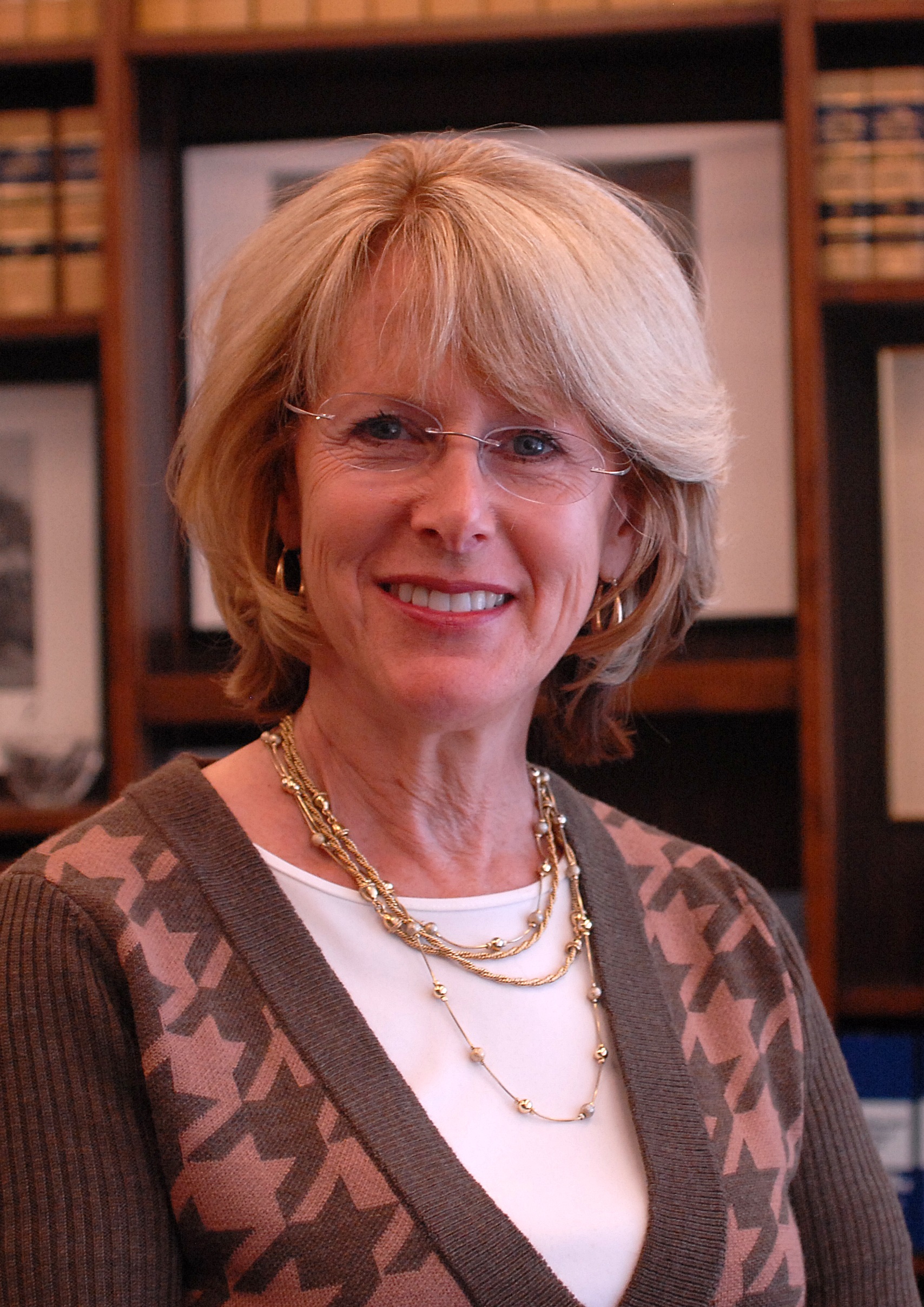 Judge Hersher is a member of the committee that writes the civil jury instructions for California, a published legal author, and is involved in setting curriculum for state court judges in a civil assignment.

The jargon is strange at first and filled with flourishes of complicated importance. It has spawned an industry of consultants, computer analysts, experts and specialized attorney bars and, importantly it has transformed the way evidence is presented in the courtroom. Jurors now expect that witnesses will be peppered with questions regarding stores of computer-generated data that hold the key to critical evidence. They understand that their lives, and the discourse that pulses through modern life, is reflected in emails, text messages, invoices, medical, financial and other business data all somehow accessible, somewhere.

Knowing this, in high-stakes litigation attorneys have convened focus groups to test and refine the way they present the electronically stored information (ESI) in a manner jurors can understand. They hire experts to prepare flow charts and color demonstratives to help with the complicated facts and make simple the intricacies of the digital world. And yet, when it comes to pre-trial issues before a judge, many attorneys forget just how foreign and complicated the nuances of all this relevant electronic data may be to the one person who is being asked to open -- or close -- the doors to discovery.

Trial judges all have attorney friends, and we have heard the conversations about judges being in a "bubble," disengaged, disinterested, unwilling to comprehend the intricacies of arguments for and against the scope of e-discovery in the modern age. We hear of judges who can't or won't take the time to consider the more complicated ESI issues without resorting almost immediately to requiring a special master, costing their clients thousands if not tens of thousands of dollars in additional litigation costs. And in these same conversations, when asked what the attorneys did to help the judge master the intricacies permeating their arguments, the most common response was, well, you know, we discussed the law, and argued the benefits and burdens. Translation: we wrote the briefs, discussed the law, made a good record for an appeal if we need one, but didn't really focus on educating and simplifying the fundamental technology issues that drive the arguments.

When asked if the attorneys perhaps prepared a glossary of important terms -- so things like "ESI methodologies," "blockchain technologies," "bias algorithms," "lexical searches," "ephemeral data," "TAR," "CAL," "SAL," "SPL," "validation metrics," "population richness," "culling," terabyte, megabyte, petabyte, or "Sedona Principles" might easily be accessed and referred to throughout the argument -- the answer, all too often, was "no." And the "no" was followed by the explanation that how one defines these terms might somehow compromise a position they might take with respect a particular host of e-data. Similarly, the attorneys would not stipulate to the judge reviewing or being provided with glossaries available to the public on various reputable websites. Were demonstratives made to simplify the argument? More often than not, the answer, again, was "no."

Thus, despite the thousands if not millions of dollars that e-discovery can entail being paid to third parties to respond to discovery, attorneys remain reluctant to put together a few simple poster boards or demonstratives, append copies of them to the pleadings, notify the other side that they will be used during oral argument, and start with the basics and educate the bench. And rather than focus on how these critical early presentations might have contributed to the frustration and unwillingness of a judge to jump into the fray with limited time at hand, these same attorneys blame the black robe. Being a black robe, I can tell you we are used to that. But blame doesn't accomplish the end game. We go home in the evening to dinner. Attorneys go back to their offices and face their clients.

Of course, it is not all one-sided. Judges do need to take responsibility to educate themselves on the issues of the day. While many cases of note wind up in federal court, the overwhelming sheer combined numbers of cases involving e-discovery are in state courts. E-discovery now permeates everything from the simple personal injury case with electronic medical records, to high-dollar false claims involving improper medical billing across statewide hospital systems, nursing home fraud, or cellphone carrier contracts with hundreds of local and statewide government offices and millions upon millions of computer entries. State court judges, from California to Virginia, deal with e-discovery as a routine matter, and they do it by applying age-old protocols to new-age evidence.

We state court trial judges think we are fairly intelligent. This is not to say the new stuff isn't complicated and we don't need help, because we do. With most state courts operating on a tight budget, and because state court judges do not generally have a dedicated law clerk or legal research staff like federal judges, more often than not the heavy e-discovery lifting is done by the trial judge with limited and highly targeted help. To be effective, the trial judge needs to understand how the specific computer or electronically stored information has arranged the data, what the creators envisioned and thus designed would be accessed and in what manner, and whether the data was correlated with other data or tagged in a manner that could easily be pulled by reports or special inquiries. That, in turn, helps the trial judge understand what might be involved in accessing critical information, not originally or easily earmarked, and the time and cost to do so.

So what are the protocols that should be kept in mind when preparing for a battle over e-discovery?

First, do not assume that you are providing too much basic information. Some judges are better than others at admitting they don't know what you are talking about, and even those who do understand it still appreciate a refresher, if only as a check that something new hasn't come along. Something as simple as comparing the quantity and accessibility of data in any given tool over the last decade, i.e., that a CD ROM holds 50,000 typed pages, a DVD 350,000 pages, a Digital Linear Tape or Super DLT Tape between 3 and 9 million pages, Linear Tape Open and the typical corporate database, at about a terabyte, 500 million pages of text, the most modern forms of big data storage, and other advances that make retrieval faster and either more economical or bigger and more complicated, can go a long way to painting the picture you want the judge to carry in mind.

If appropriate, explain the similarities and differences between storage and retrieval in the typical home computer, which most judges are familiar with, and digitally stored data. Reference the hundreds of different types of data storage, before zeroing in on the one at hand, so the judge can place the system in the overall scheme of things. Is the business operating on a data retrieval program from 10 years ago or one of the newer, faster and more versatile systems?

Next, weave the real world impact of the case itself, rather than just the cost and benefits of the discovery. Tie the law and the arguments to what is really at stake. Is it public health or the public fisc, the impact on one or two people, or 10,000? How potentially beneficial or reprehensible the conduct of the parties? Behind the case cites and rules of discovery lies an important story. People, businesses and countries are being impacted by whatever is being alleged and denied. Win, lose, draw or settle, everyone in litigation pays a price. The question always is, how much? What is at stake? You will have lost an opportunity to interest the judge if, in the first several paragraphs of your discovery presentation, you can't tell the story with enough simplicity and power that the judge wants to engage on your case.

Third, remember the end game. If you are going to be asking for or opposing sampling of data or phasing of any kind, whether by way of discovery or trial, or battling over the selection of bellwether cases for trial, the more the judge understands about the availability and accessibility of ESI for making these decisions, the more just the result. The same will hold true when it comes to motions for attorney fees or court costs at the end of the case. The more the judge comprehends from day one of the case, the more likely he or she will hone in on the arguments for and against these important values.

Finally, always address the principles that govern the order for or against discovery in your particular state. Generally, these involve how reasonably accessible the information or data is, whether other less expensive alternative sources are available, how much might be cumulative or duplicative, the amount in controversy and the resources of the parties. Of course, there are current and constantly updated federal and state court rules addressing e-discovery that the practitioner needs to know. California has its own Electronic Discovery Act passed in 2009 that amends various portions of the California Code of Civil Procedure and discovery procedures, and there are the related California Rules of Court. The statutes and rules may or may not mirror the federal rules or the rules of other states in which an attorney also practices. The California practitioner will, of course, have to master California law on the subject. Some states, courts and appellate district courts look to federal jurisprudence for precedent. Others do not. No matter, the above recommendations ultimately rule the day when it comes to engaging the busy trial judge.

Where ESI is concerned and getting a judge interested in the issues and particular equities of the case, the rules of the game are really the same as in years past. The new wrinkles are perhaps addressing concerns for testing and/or sampling, lost or discarded data, and policy decisions not to impose sanctions for that which is regularly discarded or lost due to unusual circumstances.

In the final analysis, if you want an interested judge, you need to be an attentive advocate. Get out your red pencil, simplify the facts and your arguments, and help the bench in any way you can to get buy-in.