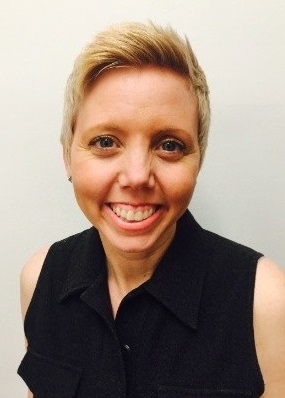 California Family Code Section 7606 defines "assisted reproduction" as conception by any means other than sexual intercourse. Sperm donation is a commonly recognized example, where we expect that a woman or couple wanting to get pregnant will search biological, character and achievement profiles in a binder or an online database, purchasing the sperm they find most impressive, then inseminating the person who intends to carry the pregnancy.

When the sperm's corresponding man claims to be the resulting child's parent, life gets more complicated.

Family Code Section 7613 identifies requirements for classifying a man as a sperm donor: A licensed physician and surgeon must supervise the insemination. If the person being inseminated meets that standard and she has a husband, her husband is legally the father of the child born of that insemination.

As the legal field tries to keep pace with medical advancements, complicated and interesting issues arise. Here are a few of them.

In 1988, a New Jersey appellate court ruled in In re Baby M, 537 A.2d 1227, that a surrogate inseminated with a man's sperm was the legal mother of a child she decided she wanted, after agreeing to the insemination for the purpose of carrying a child to term for the man and his wife. Stern, the father, received legal custody of the child, but the court granted the surrogate legal parentage and visitation rights.

In the 1993 case of Johnson v. Calvert, 5 Cal. 4th 84, the court ruled that where two women both qualify as "mothers" by California statute -- one genetically and one as a gestational surrogate -- the court must decide the case in accordance with the parties' intent at the time the child was conceived.

In the 2005 case of K.M. v. E.G., 37 Cal. 4th 130, the parties, who had once been registered domestic partners, disputed K.M.'s parentage, where E.G. had carried a baby conceived using K.M.'s eggs during their partnership registration period. At the time of conception, K.M. had signed a parental rights termination form; had not listed herself on the child's birth certificate; and never adopted the child, born in 1995. The parties married shortly following the child's birth and held themselves out as co-parents of the child, born in 1995. In the case, the parties did not identify a father. The trial and appellate courts found that K.M. was not the child's parent; the California Supreme Court reversed the decision and found that both parties were the child's parent.

In the 2015 case of Bruce v. Boardwine, No. 1250-14-3, the Court of Appeals of Virginia found that a sperm donor was a father where both the sperm donation and insemination took place between the two parties without medical assistance, and where the parties intended at conception that the donor would be a father to the child.

A California appellate court had made the same determination in Jhordan C. v. Mary K., 179 Cal. App. 3d 386, a 1986 self-insemination case involving a child who was six years old at the time of appeal, born of two women who wanted to raise him together, who said the parties never intended that the sperm donor would be a parent to the child, and a sperm donor who said the parties intended at conception that he would be a parent to the child. All had been significantly involved in the child's life. The appellate court ruled that the woman who had carried the child and the sperm donor were the parents, and that the woman who had not carried the child could have substantial visitation but not parenting rights.

In 2013, California Gov. Jerry Brown signed a three-parent bill into law, allowing a third party in California to claim parentage if that person is already effectively a parent to the child and if it would harm the child to have that parent excluded from the parentage under California's presumed parentage statute, Family Code Section 7611. The three-parent legislation came in response to In re M.C., 195 Cal. App. 4th 197, a 2011 case in which a California appellate court found that the lower court's order -- finding that a biological mother, the biological mother's ex-wife, and the biological father could all be parents to the child -- was incomplete, and that the lower court must complete its inquiry, weighing the parentage presumptions in accordance with Family Code Section 7612.

In D.M.T. v. T.M.H., the Florida Supreme Court recognized for the first time in 2013 that a child can have two legal mothers. The long-term committed couple had used assisted reproductive technology to conceive the child, with D.M.T. carrying the child to term using T.M.H.'s eggs. They had agreed to raise the child together as equal parents, until they ended their romantic relationship when the child was over two years old. The court reasoned that the sperm donor never intended to be a parent to the child, and that T.M.H. had signed a parental rights waiver form as D.M.T.'s partner, not as the individual providing the egg. (The doctor who operated the reproductive center had submitted an affidavit representing that the sole purpose of the form was to inform T.M.H. of the procedures, not to characterize the relationship of either party to the child.)

Disputes over use of embryos can result when the parties who created but have not yet used the embryos end their romantic relationship.

In 2015, San Francisco Superior Court Judge Anne-Christine Massullo issued a statement of decision in Findley v. Lee, No. FDI-13-780539, deciding the fate of five fertilized embryos created at the University of California San Francisco and owned by the formerly married parties. In that case, Findley told Lee he wanted a divorce, after which Lee, 46 years old at the time, said she wanted to use one of the embryos to try to create a viable pregnancy. During marriage, the parties had signed UCSF's consent and agreement form, on which they had elected that in the event of divorce UCSF should thaw and discard the embryos. The judge said the consent agreement must be enforced.

Loeb v. Vergara is an ongoing Louisiana case, in which actor Sofia Vergara's ex-fiancé seeks custody of the parties' two embryos conceived by in vitro fertilization in 2013. The parties signed a consent form stating that neither could use the embryos without the other's consent, but there was no agreement regarding the disposition of the embryos in case they separated. Loeb ultimately dismissed his lawsuit, but the case technically remains open to address other open issues, such as Vegara's claim that Loeb should pay her attorney fees.

In the 2016 decision McQueen v. Gadberry, a Missouri court ruled that the parties agreed during marriage, and during McQueen's military deployment to Iraq, to have pre-embryos created from Gadberry's frozen semen and McQueen's eggs, not because of infertility issues, but due to the couple's geographical distance from each other when they wanted to conceive. The implantation of the two embryos resulted in twin boys born in November 2007; the parties cryogenically preserved the remaining two pre-embryos and stored them at a cryobank facility. The parties separated in 2010, and McQueen initiated divorce proceedings in 2013. McQueen wanted the remaining frozen pre-embryos so she could continue the in vitro fertilization process over Gadberry's objection; the court found that the pre-embryos were not "children" under family code statutes, that they were instead marital property of a special character, and that Gadberry was not entitled to them in the divorce. The court awarded the frozen pre-embryos jointly to the parties, ruling that neither party shall transfer, release, or use them without the signed consent of the other.

These are just a few of several cases to show how complicated this intersection of law, science, and medicine can be, have been for a long time, and will continue to be, as science rapidly expands our ability to create non-assisted birth alternatives.